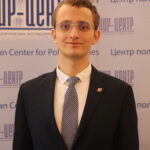 That day has come. On October 24, after Honduras deposited its instrument of ratification, the Treaty on the Prohibition of Nuclear Weapons (TPNW) received 50 ratifications required originally.

In July 2017, at the meeting of the UN General Assembly, 122 countries voted in favor of the TPNW that prohibits the development, testing, production, manufacture, possession, use, or threat of use of nuclear weapons under Article I. The Treaty was established to fill in the legal gap in the nuclear nonproliferation regime, as well as to contribute to complying with Article VI of the Treaty on the Non-Proliferation of Nuclear Weapons (NPT). Under Article XV of the TPNW, the Treaty “shall enter into force 90 days after the fiftieth instrument of ratification”.  The TPNW now has 50 ratifications (and 84 signatures), which means it will enter into force on January 22, 2021.

What does it all mean?

The entry into force of an international treaty that legally prohibits nuclear weapons is a great symbolic victory for states and NGOs that advocate the prohibition and total elimination of nuclear weapons. It is a historic moment for the movement against nuclear weapons. In 1995, a group of NGOs issued the famous statement «Abolition 2000», the aim of which was “definite and unconditional abolition of nuclear weapons,” and almost three decades later, on January 22, 2021, an international document prohibiting nuclear weapons is about to enter into force. The TPNW is the result of the hard work of generations of activists, NGOs, parliamentarians, regional governments, and diplomats from all around the world. A legal platform has emerged to further stigmatize nuclear weapons and attract more support from the Non-Nuclear Weapon States in favor of this idea. Besides, the Treaty will somehow influence the behavior of non-TPNW states. Proponents of the TPNW equate the Treaty with the Chemical Weapons Convention and the Biological Weapons Convention. From now on, States Parties of the TPNW will be able to call nuclear weapons prohibited weapons of mass destruction (although with the caveat that it is such only under the TPNW).

According to Article VIII of the TPNW, within one year after the entry into force of the Treaty, the UN Secretary-General shall convene the TPNW’s States Parties for the first meeting, at which the implementation of the Treaty and the resolution of issues related to its application and implementation will be considered. Such meetings will be held on a biennial basis (unless otherwise decided). And after five years of the existence of the TPNW, the UN Secretary-General will convene “a conference to review the operation of the Treaty and the progress in achieving the purposes of the Treaty.”  Thereafter, similar review conferences will be held every six years (unless otherwise decided).

Within the first 30 days after the entry into force of the Treaty, its States Parties must (according to Article II) provide the UN Secretary-General with a statement in which the state declares whether it had nuclear weapons at its disposal, whether it has eliminated its nuclear program, what is the country’s nuclear status at the moment, whether there are nuclear weapons on their territory that belong to them or other states.

Article V of the TPNW states that States Parties must take all necessary measures at the national level (legal, administrative, etc.) aimed at suppressing any actions prohibited under the TPNW.

Also, since States Parties have not appointed a competent international body that will coordinate and verify the irreversible elimination of nuclear weapons programs, after the entry into force of the TPNW, the UN Secretary-General will convene a meeting of the States Parties to make the necessary decisions on this issue.

This blog does not list the actions needed to be taken by states with a military nuclear program, since not a single Nuclear-Weapon State or a state having foreign nuclear weapons located on its national territory has joined the TPNW.

Is the TPNW doing so well?

Since the advent of the TPNW, all the Nuclear-Weapon States have come out against it. Moreover, they have put pressure on their non-nuclear allies so that they do not support or join the Treaty. Recently, the US government even demanded that the TPNW States Parties withdraw from it in order to prevent the Treaty from entering into force. Why are the Nuclear-Weapon States against the Treaty? There are many reasons for this. Let’s point out the simplest one.

It is necessary to understand that the TPNW does not just get rid of nuclear weapons; it also attempts to eliminate the privileged position of states possessing such weapons. This privileged position is discernible in many aspects: the role of the nuclear weapons in the NPT review process, the permanent membership of the nuclear weapons in the UN Security Council and the possession of a veto, the ability to pursue a policy of nuclear deterrence, which strengthens the national security of these countries. Will countries be willing to support the TPNW, thereby giving up their privileges? Would you? Moreover, by renouncing nuclear weapons, Nuclear-Weapon States do not receive anything in return. Add to this the statements of the Nuclear-Weapon States that the TPNW will destroy the nuclear non-proliferation regime, is a poorly worked out treaty that segregates the NPT States Parties, etc.

A serious problem of the TPNW is the lack of a clear definition of the body that will verify the state’s renunciation of nuclear weapons. At the moment, there is neither a definition of the organ nor the organ itself. An attempt to assign additional functions to the IAEA will cause a negative reaction on the side of the Nuclear-Weapon States and their allies.

It is also unclear how the financial costs of implementing the obligations under the new Treaty will be resolved. As we know, the financial side of the issue is a problem that the NPT States Parties faced in due time. Supporters of the TPNW are about to face the same problem.

And finally, I would like to remind you that we are now in a world where arms control regime is falling apart, other international treaties are in crisis (JCPOA, the Open Skies Treaty), Nuclear-Weapon States’ nuclear weapons are being modernized, and the role of these weapons in doctrinal documents is growing. The TPNW seems to be less important under such conditions (although many people would disagree with this).

Nevertheless, the TPNW is a new round in the struggle for nuclear disarmament and a world without nuclear weapons, a new agenda for the nuclear nonproliferation regime and international security in general. During all sessions of the PrepComs of the NPT Review Conference, the TPNW was mentioned in approximately 5.5% of the total number of documents of all three PrepComs. It is a less popular topic than the WMD-free zone in the Middle East and the nuclear problem of the Korean Peninsula. However, taking into consideration that the TPNW will enter into force in January and the NPT Review Conference will be held at the end of August at best, the number of references to the new treaty at the Review Conference will obviously increase. In addition, the TPNW will be mentioned in the process of discussing other issues: WMD-free zones, humanitarian consequences of the use of nuclear weapons, etc.

“50/50” is now a symbol that gives us the answer to two different questions.

What is the symbol of victory for Non-Nuclear Weapon States? Here is the answer: “Obtaining 50 necessary ratifications out of 50 for the entry into force of the Treaty on the Prohibition of Nuclear Weapons”.

What is the likelihood that the TPNW will make any significant changes to the nuclear nonproliferation regime? Here is an answer once again: “approximately 50-50”.