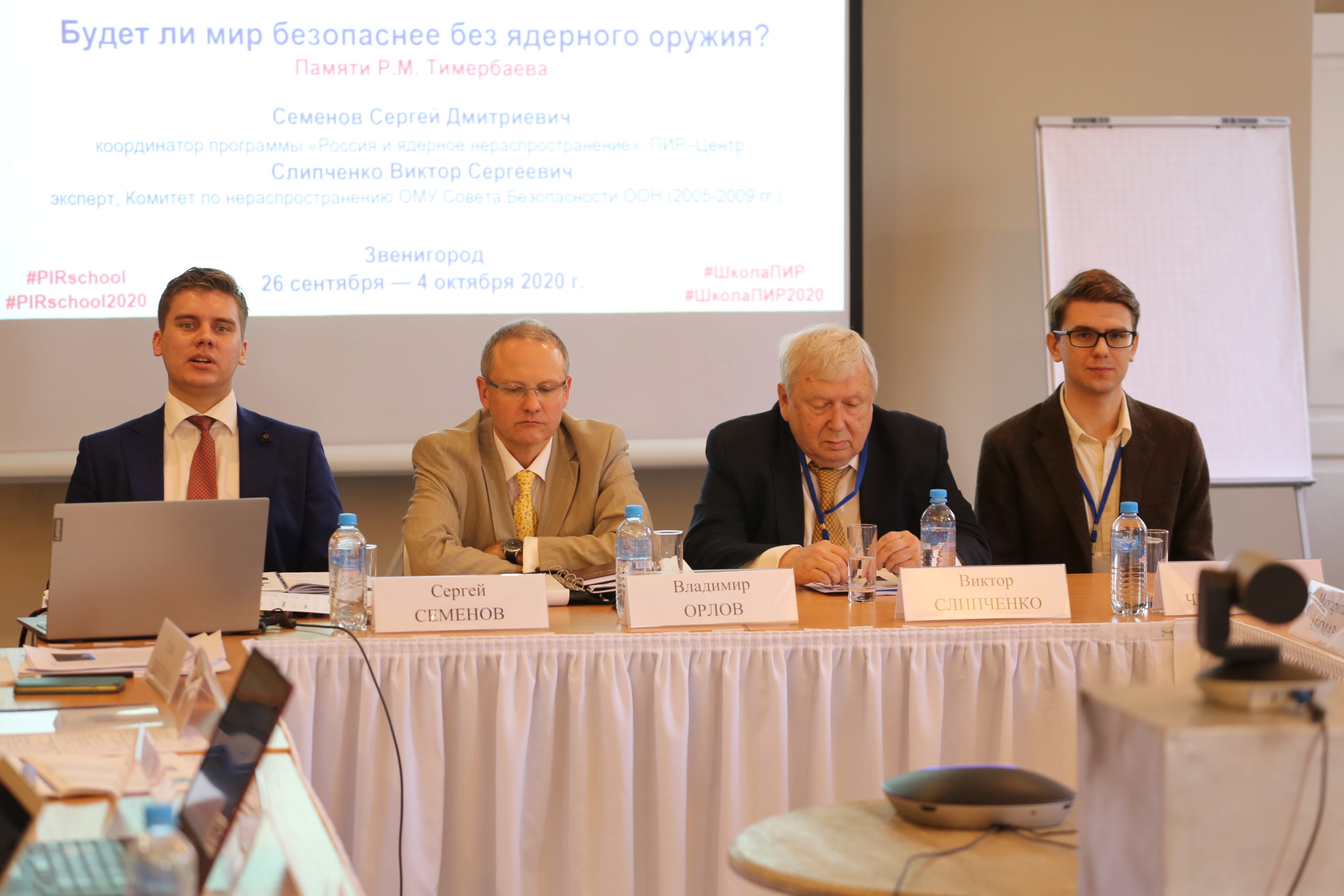 In memory of R.M. Timerbaev (gallery of memory).

In remembrance of Amb. Timerbaev MA students and postgraduates will be participating in the annual Timerbaev Nuclear Debates, as a contest, that will combine Oxford-style debates (online and offline), simulations, and other educational tools. Recent PIR Center’s most successful alumni, including graduates of the MA Program in Nonproliferation Studies, who currently work for Russian and US government and research institutions, will be invited to become moderators and tutors of the students at the Debates.

The annual Timerbaev Nuclear Debates will be dedicated to nuclear nonproliferation, arms control, and strategic stability issues, as well as U.S.-Russian strategic relations and their role in global security. Being held in English, the Debates will bring together young talents from Russia, the United States and other countries, who are ready to contribute to the discussion on strategic issues and are able to produce new ideas and approaches on how to improve global security environment.

On September 27, 2020, the I Timerbaev Nuclear Debateswere held within the framework of the XX Anniversary International PIR Center School on Global Security. The key topic of the debates was “Will the world be more secure without nuclear weapons?”. Extraordinary and Plenipotentiary Envoy Victor Slipchenko, who knew Amb. Timerbayev very well, took part in the debate as an expert, and Vladislav Chernavskikh, MGIMO-MIIS-PIR Dual Degree Master Program “WMD Nonproliferation, Nuclear Policy and Global Security” graduate took on the role of mentor to the debating teams. Kamran Huseynov and Ekaterina Lapanovich, associate researchers of the Ural Federal University, participated in the debate virtually via Zoom. The victory was determined by the difference in the results of two rounds of closed voting in the form of a “Yes” or “No” answer to the question ” Will the world be more secure without nuclear weapons “. The team, who was against the statement, won.

On November 27, 2020, the II Timerbayev Nuclear Debateswere held within the framework of the MGIMO-MIIS-PIR Dual Degree Master Program “WMD Nonproliferation, Nuclear Policy and Global Security”. The focus of the discussion was on whether the Treaty on the Prohibition of Nuclear Weapons contribute to the strengthening of the nuclear nonproliferation regime or diminishes it. Master’s students and interns of the PIR Center participated in the debate and presented their theses under the guidance of experienced experts in the field of nonproliferation.

On November 15, 2021, PIR Center held the III International Timerbaev Nuclear Debates. This year, students and young specialists in the field of nuclear nonproliferation and global security from Russia and foreign countries took part in the event. The teams of debaters were represented by such Russian and foreign universities and organizations as MGIMO Russia, MEPhI, Ural Federal University (UrFU), PIR Center, as well as MIIS and CTBTO Youth Group.

III International Timerbaev Nuclear Debates combined two formats — situational analysis and role-playing game. The participants of the Debates successfully discussed country threats to the nonproliferation regime in the medium term. They presented their vision of the nuclear ambitions of Japan, South Korea, Iran and Saudi Arabia, acting as representatives of these countries. “Does the country need nuclear weapons, and should it seek to acquire them,” — was the main question that debaters had to answer. In total, four tracks of Debates (in English) were held within the framework of the III International Timerbaev Nuclear Debates, each of them was dedicated to a specific country and its ambitions in the nuclear sphere.

The debaters demonstrated a high level of training and erudition. «I was deeply impressed by the knowledge of the student debaters and the eloquence with which they delivered their remarks.  Ambassador Timerbaev would have been very proud to see so many talented young nonproliferation experts following in his footsteps», — noted Dr. William Potter, Director, James Martin Center for Nonproliferation Studies, and Sam Nunn and Richard Lugar Professor of Nonproliferation Studies Middlebury Institute of International Studies at Monterey (USA), a member of the PIR Center Advisory Board, a Foreign Member of the Russian Academy of Sciences (RAS).

Such results became possible thanks to the support and assistance provided to the debaters at the preparation stage by their mentors. Among the latter were experienced theorists and practitioners in the field of nuclear nonproliferation, disarmament and global security:

Each track of Debates was opened and finished by the voting procedure. Even though the voters represented the same organizations as the debaters, they were called upon to be guided by the principles of objectivity and rationality and to cast their vote not for the teams, but for the persuasiveness of their arguments. In general, the Debates were focused on the educational component. As the Director of PIR Center Vladimir Orlov noted, nuclear nonproliferation won as a result, because the III International Timerbaev Nuclear Debates were primarily a unifying intellectual and educational game.