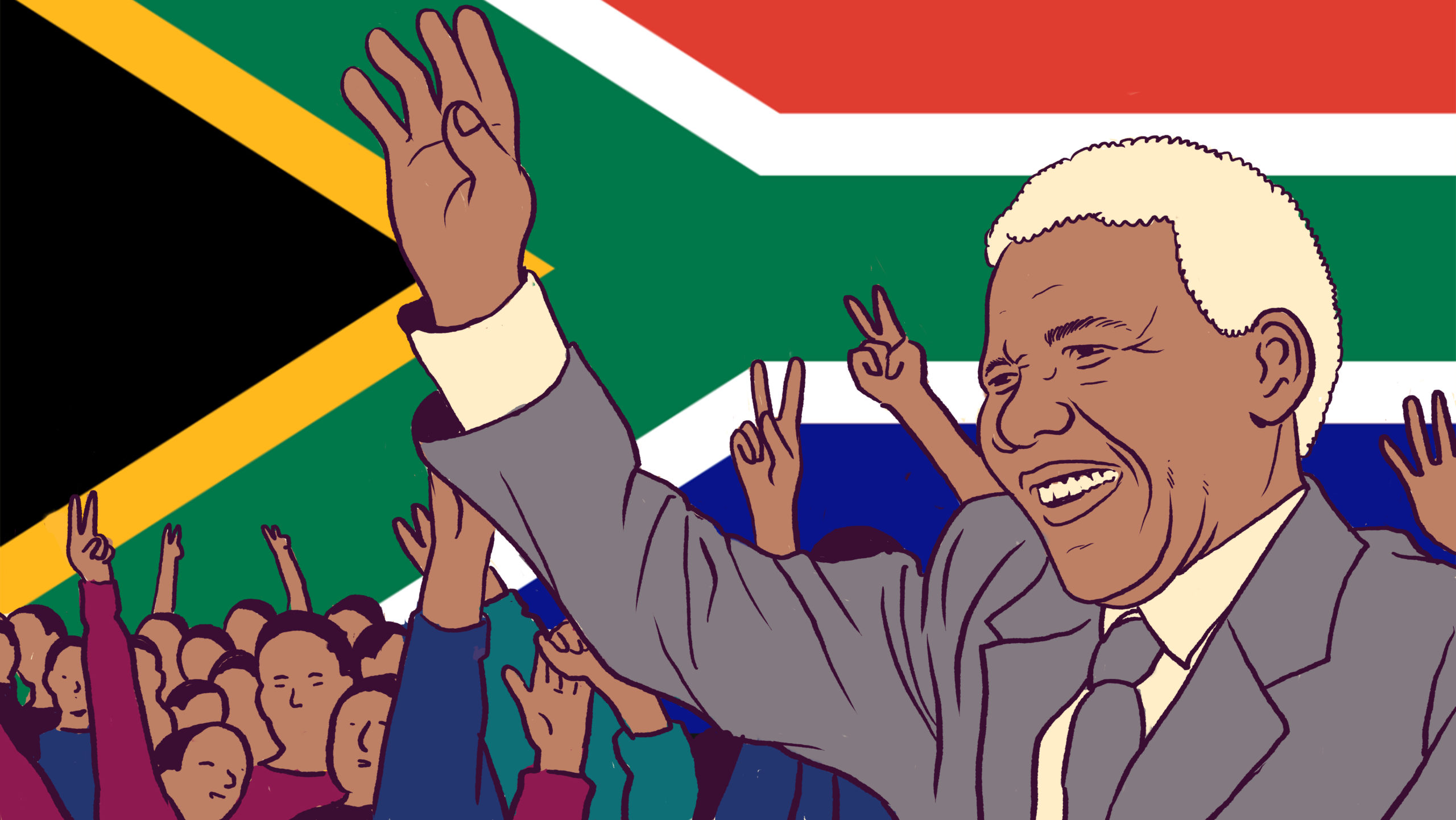 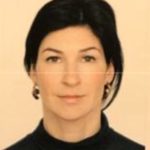 Modern challenges have shaken the model of the world order built over centuries. This has led participants in international relations to revise the global ideology preaching the theses of democracy, the primacy of capital and various forms of freedom, forcing them to rethink their national strategies. Attempts to develop and implement new “models of thinking” based on national priorities and incorporating elements of traditional culture are seen by the players as a way out of the current crisis.

The end of the colonial era by no means granted the desired freedom to African countries. The deep penetration of African society and consciousness through the socio-political system, education, and dogmas that downplay the role of traditional institutions, values, culture, and the historical merits of Africans, has had negative and, in some cases, catastrophic consequences for states. Awareness of the scale of the influence of Western paradigms and the results of their own mistakes has forced African society to turn again and again in order to find a new way of development. The search for ideas that would serve as a foundation for building national strategies began as early as the late 19th century. Among the founders were Edward Blyden, Leopold Senghor, Kwame Nkrumah, Obafemi Awolowo, Kenneth Kaunda, Ahmed Sekou Toure, and many others. All of them called for Africanization and tried to build concepts on the tenets of traditional African humanist or socialist values.

The Republic of South Africa is a unique example of an African state that has attempted to incorporate into state strategy Ubuntu, a philosophical concept that defines an element of African identity for more than 400 ethnic groups living in virtually all of sub-Saharan Africa. According to Ubuntu, there is a common bond between all human beings, through which one can discover one’s own human qualities. Ubuntu has many meanings. The main one is the expression «I am, because we are and since we are, therefore I am». Ubuntu holds values such as reciprocity, humanity, dignity, caring, compassion, forgiveness, and seeks to promote peace and maintain harmony in society.

Ubuntu was first used in the political rhetoric of South Africa at a time of democratic transition as a tool to unite the people against the apartheid regime in the late twentieth century.

In 1993, the concept of Ubuntu emerges in the epilogue to the Interim Constitution, which states that overcoming the divisions and animosities that have given rise to gross human rights violations, fear and hatred in society is necessary through …understanding but not revenge, retribution but not retribution, Ubuntu but not victimization.

At the same time, an article by Nelson Mandela entitled “South Africa’s Future Foreign Policy” appears in the journal “Foreign Affairs”. It emphasizes that “South Africa cannot escape its African destiny, and unless forces are directed toward the continent, South Africa may fall prey to the forces that have already led to the destruction of various parts of it” (Mandela, 1993, p. 89). Thus, South Africa’s connection to Africa’s own development is beginning to take center stage in its foreign policy.

In 1996, the concept of Ubuntu was enshrined in the new Constitution of South Africa, whose main provisions are aimed at achieving a stable and prosperous African continent.

In 1997, the National Assembly of South Africa adopted the White Paper on Social Security, which lists Ubuntu among its key theses on democracy, partnership, and equality.

In 2011, the White Paper “Building a Better World: Ubuntu Diplomacy” was published. Notably, the preamble of the paper states that South Africa is a multifaceted, multicultural, and multiracial state in which the concept of Ubuntu is a way of self-determination and of shaping attitudes toward others. The concept also states that the national interest can be formulated as a people-centered interest, ensuring the prosperity of the country, its region, and the continent.

During the following decade, Ubuntu spread through the content of various government documents and was introduced into the practice of internal and external governmental activities.

Thus, it is mentioned in the Ministry of Foreign Affairs and Cooperation Strategic Plan 2020-2025 in the chapter «Public Diplomacy», in the Manifesto on Values, Education and Democracy, in the Annual (2022-2023) and Strategic (2020-2025) Plans for the African Renaissance and International Cooperation Fund. Also, the 2021 report of the Ministry of Foreign Affairs and Cooperation mentions Ubuntu along with the values of patriotism, loyalty, and batho pele (people first). Alongside this, Ubuntu is present in the National Development Plan 2030 (2012). In the section on teaching constitutional values to children, it mentions the Manifesto of School Values of 2002, which emphasizes that Ubuntu, like social justice and equality, should permeate the education system.

Various tools of public diplomacy have been created to spread the ideas of Ubuntu: Ubuntu Radio, Ubuntu Magazine (Ubuntu – South Africa’s Public Diplomacy in Action), and It’s Your Voice. Ubuntu Diplomat. In addition, a partnership has been established with SABC’s Channel Africa, South Africa’s largest international broadcasting corporation. In 2015, the annual Ubuntu Awards were established to recognize South African citizens who play an active role in creating a positive image of the state internationally. South African politicians also actively use the notion of Ubuntu in their rhetoric. All these means are aimed at informing and drawing public attention to South Africa’s foreign policy, stimulating various discussions and establishing as key image components elements of South Africa’s soft power.

It is worth noting that the promotion of Ubuntu has resonated with South African society, with a growing number of educational institutions and courses that include “Ubuntu” in their names, non-profit organizations, and many business programs that promote Ubuntu as the basis for their projects, such as ubuntu-trading, fairtrade, etc. There are product lines, such as Ubuntu cola, Ubuntu coffee, and so on.

While promoting the concept of Ubuntu in its foreign policy rhetoric, South Africa also emphasizes its concern and responsibility for the stability, unity, and prosperity of all Africa, and develops integration policies on the continent. In 1992, South Africa joined the Southern African Development Community (SADC); in 2000, it set up the African Renaissance and International Cooperation Fund to finance projects aimed at developing inter-African relations, resolving inter-regional and ethnic conflicts, and improving the social and democratic situation; in 2001, the republic initiated the New Partnership for Africa’s Development (NEPAD); and in 2002, it restructured the African Union (AU).

In 2003, South Africa signed the Brazilian Declaration on the Establishment of South-South Cooperation, becoming the representative and regional power of South Africa. In 2011, it joined the BRICS. In 2013, at the Durban summit, Pretoria proposed the BRICS dialogue with partners from the Global South, which is beginning to be practiced with subsequent presidencies. In 2018, South Africa is already inviting leaders from Rwanda, Senegal, Gabon, Uganda, Ethiopia, Togo, Zambia, Namibia, Angola, and Chad to the Johannesburg summit. All this speaks not only to the certain ambitions of the regional leader, the “gateway” and “voice” of Africa, which the political leaders of South Africa have repeatedly declared in their speeches, but also to the understanding of themselves as part of a larger community – a continent – whose well-being also depends on the actions of the country.

By making Ubuntu a key element of the strategy, South African leaders have introduced an important philosophical category for African society into the international arena.

Apearing for the first time in political rhetoric in the 1990s, Ubuntu has served more as a tool to regulate social relations. Nearly two decades later, a month after South Africa’s participation in the first BRICS summit, the White Paper «Building a Better World: Ubuntu Diplomacy» comes out, revealing Ubuntu’s new meaning as a means of self-determination for the African people. For South Africa, the development of national identity has become an important foundation for the formulation and implementation of a successful foreign policy.

The introduction of a key philosophical concept for African society into the practice of state life also speaks to a trend away from universal paths. The peaceful transition from apartheid and the transformation of a racist society, the experience of the Truth and Reconciliation Commission, and the repeated role of mediator in peace negotiations that were based on Ubuntu principles, give Africans reason to claim their own path and ways of overcoming challenges. Similar examples have occurred in the history of other African states. For example, after the Rwandan genocide, many international organizations and Western governments advocated punishing the perpetrators of violence. Rwanda, inspired by the concept of Ubuntu, has said that it is committed to getting to the root cause of the violence. As a result, a judicial system “gacaca” emerged, which emphasized rehabilitation rather than punishment, with the goal of reintegration perpetrators back into society.

The trend toward the so-called Africanization of foreign policy is also reflected in other states on the continent. The concept of Ubuntu is applied in Congo, Kenya (Harambee), the Republic of Chad, Uganda, etc. The return to tradition is perceived by Africans not as a return to the past but, on the contrary, as a way of moving towards the future.