AUKUS, security, and gender: some lessons Russia can learn 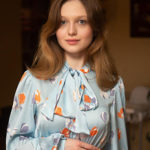 On September 16, 2021, Australia, United Kingdom, and the United States signed an agreement on a new defense alliance called AUKUS (Australia-UK-US), triggering a wide response from the international community. One of the matters of concern is that the agreement might undermine the nuclear nonproliferation regime as the US and the UK have committed to support Australian aspirations to equip Royal Australian Navy with nuclear-powered submarines [1]. This may have a negative impact on the nuclear-weapon-free zone in the Pacific Ocean (envisaged by the Rarotonga Treaty) as well as on the IAEA safeguards system [2]. However, not only did the new security pact between the three Anglo-Saxon states cast a shadow on the nonproliferation regime but also undermined many years of talks about gender perspectives on nuclear nonproliferation. So, how is it all connected?

Figuratively speaking, Australia’s foreign policy has an actual women’s touch. Since 2018, the post of Minister of Foreign Affairs of the country has been occupied by the female Senator from New South Wales Marise Payne. Since 2019, she has also assumed office of the Minister for Women, being responsible for promoting gender equality, prosperity and empowerment of women in Australia [3]. Notwithstanding, her critical statements about AUKUS have so far not been found out on the Internet.

Since 2013, a Senator for South Australia Penelope (Penny) Wong has been Head of opposition in the Australian Senate. Since 2016 she has served as the Shadow Foreign Minister. With regards the AUKUS deal, the only statement that could be found in the public domain was her critical remarks following Australia’s withdrawal from the deal with the French contractor Naval Group [4]. A woman holding leadership positions in the foreign policy sphere would be expected to voice concerns about the deal’s potential threat to the nuclear nonproliferation regime or global security in general, but they were absent. Neither has the opposition spoken on this matter.

The concerns were not either raised during the autumn session of the First Committee of the UN General Assembly dealing with disarmament, global challenges, and threats to peace [5]. Australia was represented by a female diplomat who only stated that the AUKUS states were ready to cooperate with the IAEA over the following 18 months [6] (the period during which Australia, the UK, and the US will seek an optimal pathway to deliver this capability [7]). On November 22, 2021 Australia, Great Britain and the US signed the first agreement within AUKUS with obligations to exchange confidential information on a nuclear power plant. Again, we see a woman in this trilateral agreement, Victoria Marguerite Treadell, High Commissioner of the United Kingdom to Australia, signing the contract from the UK side.

Modern gender perspectives on nuclear nonproliferation appear to be focusing too much on a quantitative approach to assessing the role of women in the field of nuclear nonproliferation. Provided that there are more women among nonproliferation experts or career diplomats, the world will immediately become closer to its nuclear-weapon–free status – this is how we can simplify the common gender maxim. The female diplomats discussed above invite some considerations with regards such a statement. Firstly, a woman can assume a position that is a clear manifestation of masculine lens to issues of security, especially a national one. Secondly, a woman, working as a practitioner with nonproliferation issues, promotes not her personal ideas and values, but the structure in which she currently operates. Thus, she is guided by corporate values, projects, and interests or the general foreign policy line of the country. And, of course, this woman should not be criticized for doing what she must do.

The above-mentioned examples of female diplomats and political leaders allow us to apply gender approaches in a more nuanced manner. Undoubtedly, women should join the community of diplomates and experts in the field of nonproliferation; yet it is more a question of justice and equal opportunities. Modern gender-colored discussions about women in nuclear nonproliferation need more objective and somehow realistic analyses of what kind of role women, in fact, can play and what they can do to prevent nuclear proliferation. There are numerous discussions about female activists striving for total elimination of nuclear weapons, the lack of female diplomats and experts taking part in discussions on nuclear nonproliferation issues, and female victims of the consequences of nuclear testing and radioactivity generated by a nuclear explosion. But there should also be discussions about women as perpetrators of the current nuclear nonproliferation regime, and women who uphold the current regime, too. There is no doubt that the current nuclear nonproliferation regime requires that we promote a common culture of mutual respect including values of peace and gender balance. But this effort must focus on behavioral characteristics, masculine and feminine, rather than the diplomats’ sexual identity only. It is precisely here that women can play a leading role in promoting such culture of trust.

As far as Russia is concerned, it could propose its own platform for achieving this goal – with the support of proactive Russian female figures. In recent years, new trends have been gaining momentum in Russia. Women and girls have become more actively engaged in military, security, and defense issues. In particular, it has manifested itself in the research environment. At the same time, the so-called women’s agenda started to form in Russia, which has been designed to enhance the role of Russian women within the country and worldwide, providing them with opportunities for self-development both at the national and international levels, and in various spheres of life. At the same time, however, this trend is yet to encompass nuclear nonproliferation and other hard security issues.

Nowadays, the most vivid expression of the women’s agenda in Russia is the Eurasian Women’s Forum (EWF). In 2018, within the framework of the second forum, the participants addressed general issues of security; a plenary session entitled Women for Global Security and Sustainable Development was held. Welcoming the participants of the forum, Russian President Vladimir Putin stressed that, “In the modern world, women are playing an increasingly important role in strengthening peace and security, which is perfectly natural for them” [8]. On October 13-15, 2021, the III Eurasian Women’s Forum was held in St. Petersburg under the label Women: A Global Mission in a New Reality. The main idea was such that women can and should prevent conflicts and promote the diplomacy of peace and diplomacy of trust. These achievements notwithstanding, the agenda of the Forum did not cover issues of nuclear nonproliferation and hard security. Overall, this appears to be a fundamental shortcoming of Russian female diplomacy as well as public and inter-parliamentary relations in the field of nuclear nonproliferation and global security. Using the potential of women’s agenda, Russia could offer its own, authentic platforms and communication channels on nuclear nonproliferation issues. While one should not overestimate the potential impact of women’s participation in discussions on nuclear nonproliferation issues, their sensitivity to initiatives in support of the NPT might allow to more effectively convey the message about the importance of upholding current regime and promoting common and indivisible security.

Coming back to AUKUS, it is worth noting that the creation of a new security pact in the Pacific deserves special attention from Russian international experts – regardless their sexual identity. It seems that the US is modernizing its defense lines in the Asia-Pacific region aiming at deterring China, but also Russia. These lines of conflict were already in place during the years of the Soviet-American ideological confrontation in the second half of the XX century. In the 1950s, the United States formed three security perimeters in the Asia-Pacific region:

What are we observing today? In 2007, the Quadrilateral Security Dialogue (QUAD) between Australia, India, the US, and Japan was formed in the Indo-Pacific. Since the beginning of the 2010s, the US has intensified military-political cooperation with the countries of Southeast Asia against the backdrop of raising tensions in the South China Sea. In 2021, three Anglo-Saxon countries formed a new security alliance which provides Australia, a non-nuclear state, with an opportunity to get nuclear-powered submarines. It should be recalled that in 1950s, Australia approached Great Britain to purchase nuclear weapons, and in 1960-1970s tried to produce them at home.

At the same time, the AUKUS does not have a closed status, which may indicate its potential for further expansion. Who can guarantee that, let it say, New Zealand, the Republic of Korea, Canada, or Japan will not join it, too? Canada and Japan do raise some concerns, mostly because of territorial disputes with Russia. Canada and Russia have competing claims regarding the Arctic shelf, while Japan claims interest over Russia’s Kuril Islands. Japan’s potential involvement in the nuclear submarine deal may play into the hands of the Anglo-Saxons. Namely, it can exacerbate Japanese nuclear ambitions while increasing pressure on the Russian Pacific and Northern Fleets. The participation of India in AUKUS would risk undermining the SCO’s position. As far as New Zealand is concerned, its entry into AUKUS would mean the final collapse of the Rarotonga Treaty that ensures a nuclear-weapon-free zone in the South Pacific.

In sum, the case of AUKUS creates a window of opportunity for all women who advocate for enhancing the nuclear nonproliferation regime. That said, these women will have a lot on their plate to succeed in strengthening the regime and confirming they can play a proactive role in this field of global security. Initiatives and organizations promoted by women have been emerging in many states all over the world, that contribute to discussions on global hard security issues, and Russia should not remain on the sidelines.

[8] A plenary session of the Second Eurasian Women’s Forum “Women for Global Security and Sustainable Development” / Official webpage of the Federation Council of Russia. URL: http://council.gov.ru/events/news/96167/