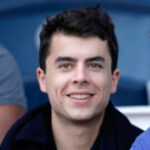 France has gained a high level of expertise in the production of nuclear energy since the oil crisis in the 70s. The decision to follow a nuclear track reflected a long-term energy strategy that intended to ensure a competitive distribution of energy throughout the country. Today, policies based on energy security allows France to produce 75% of electricity through the use of more than 60 operating nuclear power units, which gives the sector a dynamic impulse to export part of its production. Development ambitions are still up to date, as, for instance, the French government officials, in coordination with EDF (state-owned company), have been discussing the construction of six third-generation EPR reactors. This shows that France is willing to consolidate its role as a leader in the nuclear energy industry.

This heavy reliance on nuclear energy allowed France to build a nuclear model that represents a benchmark worldwide. Indeed, France is the world’s second-largest nuclear power producer. Thus, it understands the necessity to maintain a high level of cooperation with international actors. For instance, France has been willing to assist other countries to develop a peaceful use of nuclear energy as part of intergovernmental cooperation. While this aims to support France’s efforts towards nonproliferation, this form of cooperation inevitably influences the way it conducts commercial ties with other countries, to impose itself as a strategic partner in this field.

However, a changing context regarding the perception of nuclear energy raises a number of questions as to the future of France in this sector. This, in addition to heated debates among the French population on the issue (essentially due to a lack of understanding of nuclear power and environmental concerns) and the government’s intention to reduce its reliance on nuclear energy to 50% by 2035, suggests that France might still be looking into its options of a more diverse energy mix. Given the rising competitiveness of other forms of energy as well as an overall climate of insecurity when it comes to the use of nuclear energy, what does it mean for the future of French leadership? Can France find itself at a dead end?

In 2015, some adjustments in France’s course of action allowed it to conduct a more ambitious energy export policy. The development of a major nuclear complex as well as policy improvements led France to significantly reduce its energetic importation while becoming the largest export country in the European Union. France’s nuclear energy capability produces 30% of the electricity in the EU and ensures provision to European member states and beyond. Specifically, France exports its energy for the most part to its closest neighbors, namely Italy, Switzerland, Spain, Belgium, and the UK. Among European neighbors, the UK and Italy together contributed to 75% of EDF’s turnover in 2015, which represented 22.6 billion euros.

France has been able to maintain its regional influence in the field of the nuclear energy market as a result of its exemplarity that stems essentially from three elements: security of supply, climate imperatives, and price competitiveness. Indeed, it is one of the countries where the rise in electricity prices is most controlled and where electricity remains the cheapest in Europe. For instance, in Belgium, Italy, and Spain, the cost of electricity is 15% more expensive than in France. On average, thanks to the French nuclear energy production, the cost of kWh in France is 40% cheaper than in other European countries. This asset significantly lowers the risks of delocalization and lack of competitiveness of companies. Most importantly, these low prices represent a major factor of attractiveness for foreign investors that are looking to get the upper hand in the European market. French leadership attracts major non-European countries such as China, which secured a multi-billion deal in the nuclear industry.

What makes France a competitive actor in the market of nuclear energy production is its high level of expertise that does not compare to any other countries in Europe. France masters the entire value chain associated with the production of nuclear energy: from the extraction of Uranium to the construction of nuclear power plants and the processing of nuclear waste. France thus differentiates itself by its energetic and technological independence.

When discussing the energy sector, one element that is important to think about is the long-term impact of investment decisions made today, which can have a damaging impact depending on how the energetic context evolves. Thus, it is crucial to establish forward-looking strategies that can help better identify future challenges and opportunities. Once a heavy reliance on nuclear energy is decided, it becomes complicated to allow for some flexibility or even back down such a decision. Although France is playing a leadership role in nuclear energy production, it is worth questioning whether or not this will be a sustainable energetic strategy looking into the future.

Several of France’s neighbors, such as Belgium and Germany, are slowly moving away from nuclear energy. This creates a dynamic that France will need to pay attention to. Changes in other countries’ energy strategy that will become more concrete and apparent in the coming years, creates some uncertainties for France that could seriously affect its energy supply and demand. Thus, the development strategy for nuclear power will depend on the improvements made in the renewable energy sector and renewed criteria and standards related to the security of supply.

Besides, the French nuclear energy society (SFEN) believes that the “French electrical system will be faced with three exceptional challenges in the next 30 years”. Firstly, France will have to replace the majority of its current nuclear reactors, most of which will reach 60 years of operation in the next two decades, which can turn out to be a long and difficult task. The recent example of Fessenheim’s reactor has proved both the political and economic consequences of the decision to shut down reactors. Secondly, in order to meet its environmental commitments, France needs to get closer and closer to reaching the 2050 carbon-neutral target which will require it to redefine its energy mix. It is worth noting that the use of nuclear energy was not recognized as a positive contribution to environmental objectives in the 2019 «Clean Energy for all» framework. Thirdly, the country is required to reduce its reliance on nuclear energy to 50% by 2035 to favor other sources of energy production.

Thus, we might ask ourselves whether these challenges are consistent with France’s desire to continue bringing forward its leadership in nuclear energy production. This is especially relevant given the fact that France expects a sharp increase in energy consumption within the coming years and it is still unclear to many how France will be facing those immense challenges. It will be essential for France to remain attentive to European dynamics in the near future especially if we think about the fact that European institutions seem to be looking at nuclear energy production with a more negative eye.