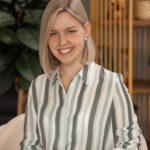 On August 1, the long-awaited the Treaty on the Non-Proliferation of Nuclear Weapons (NPT) Review Conference in New York kicked off. The conference, which began with a general debate, including high-level statements by world leaders, will move on to thematic issues at the end of the second week. In addition to the 191 NPT signatories, civil society and NGO representatives take part and will address government delegates on August 5. Over the first two days, 40 states have presented their positions.

PIR Center is a traditional participant and its preparatory work for the Review Conference started beforehand. In particular, a series of papers were prepared:

The X NPT Review Conference promises to be an eventful one. From August 1-26, in addition to plenary and working group sessions, there are daily side events devoted to different issues of nuclear nonproliferation. Side-events are organized by the NPT signatory states and leading think tanks and research institutions: UNIDIR, UNODA, European Leadership Network, BASIC, Arms Control Association, Nuclear Threat Initiative. PIR Center in partnership with the James Martin Center for Nonproliferation Studies (CNS) in Monterey, USA, will hold an expert workshop on 15 August this year in New York. A full list of events on the margins is available on the official websites of The X NPT RevCon and Reaching Critical Will.

Possible challenges to the review process

Apparently, the 2022 NPT Review Conference is taking place in an unprecedentedly complicated geopolitical environment. The events of February 24 this year, with the start of a special military operation on the territory of Ukraine, affect the work of the Review Conference as well. Moreover, they could provide carte blanche for those who intend to disrupt the review process. In particular, speculation about the Zaporizhzhia NPP continues unabated. On the first day of the JCPOA, US Secretary of State Anthony Blinken accused Russia of using the Zaporizhzhya NPP as a military base by the Russian armed forces. The Russian delegation’s response was immediate: there are no military formations at the Zaporizhzhya NPP, except for a limited number of troops needed to ensure its safety and prevent a possible nuclear provocation.

The issue related to the Zaporizhzhya NPP was raised by IAEA Director General Rafael Grossi in his remarks. Although Russia has repeatedly stressed that the military’s actions do not harm nuclear safety in Ukraine or impede the normal operation of the plant, Grossi said the danger posed to Ukrainian nuclear facilities and people by Russia’s actions.

In this regard, Switzerland’s representation at the 2022 NPT Review Conference is noteworthy: the Swiss will be personally represented by Confederation President Ignazio Cassis. The Swiss Foreign Ministry reports that one of the purposes of President Cassis’ trip is to urge the nuclear weapon states to take more decisive steps towards disarmament. An important priority of Swiss foreign policy is the reduction of nuclear risks, and Switzerland will therefore present a concrete package of measures at the conference, which is coordinated with the Stockholm Initiative. At the same time, Switzerland intends to give impetus to the implementation of existing agreements and the negotiation of new ones: in particular, to push forward the initiative on protecting nuclear infrastructure against nuclear attacks. This fact also correlates adequately with Grossi‘s statements about the Zaporizhzhia NPP.

Another possible stumbling block to a consensus document could be the issue of establishing a WMD-free zone in the Middle East. In 2015, this was allegedly the reason for the inconclusive JCPOA of the NPT. The nuclear P5 diverted attention from the failure to make progress on its disarmament commitments by trying instead to “solve” the problems facing the Middle East. The stalemate in the negotiating process to reinstate the provisions of the Joint Comprehensive Plan of Action and the unprecedented level of development of the Iranian nuclear programme are also worth considering.

The latest developments in the visit of the third person of the US, House Speaker Nancy Pelosi, to Taiwan are bound to draw attention. The Chinese Defense Ministry has announced a series of military exercises in the Taiwan Strait. In turn, John Kirby, coordinator for strategic communications at the White House National Security Council, said that the US should not be intimidated by Chinese rhetoric or potential actions.

Tensions in the Asia-Pacific region have exacerbated tensions in the P5 process. More polarisation was also evident on the eve of the Review Conference. On July 29, this year, France, the UK and the US presented a working paper on ‘Principles and responsible practices for Nuclear Weapon States’. It calls Russian actions in Ukraine, in particular, irresponsible and dangerous. If we take Vladimir Orlov and Sergey Semenov‘s formula outlined in the Security Index, “NPT Review Conference: the limits of the possible”, the key condition for the success of the Review Conference is a coordinated position of all officially recognized nuclear-weapon states. The current tensions between the P5 raise doubts about the prospect of their cooperative work.

Needless to say, the nonproliferation regime faces many challenges that have only worsened over the years. Nevertheless, the NPT is a cornerstone of international security. One cannot but agree with Nikolai Sokov, a leading member of the Vienna Center for Disarmament and Non-Proliferation (VCDNP), that the overall goal is to avoid a situation, in 2030 or earlier, when we will say, pity we’ve lost the NPT, we need it. It was a one-time opportunity that will never get repeated. The current Review Conference should be a place for discussing pressing non-proliferation issues, not for squabbling over relations and advancing one’s interests.