Main Our publications PIR Post Nuclear weapons are banned. So what?

Nuclear weapons are banned. So what? 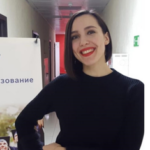 Lapanovich, Ekaterina A.
Assistant of the Department of Theory and History of International Relations, UrFU
Nuclear weapon

But how does it work? To answer this question this article looks at the ban treaty and the campaign to ban nuclear weapons through the lens of a normative change theory by a UPenn scholar Cristina Bicchieri[3]. It is unique in the way that it was developed and tested in the field under a joint Penn-UNICEF initiative to end harmful practices. The initiative had nothing to do with nuclear disarmament but the ideas it was based on can be applied to it. Well, if nuclear deterrence is taken as a harmful practice, then, what strategy is enacted and what tools are used to get rid of it?

The ban treaty is a legal mean to create a new norm to facilitate the abandonment of the old one. The new nuclear prohibition norm is in place to, inter alia, signal that something is wrong with reliance on nuclear weapons and to create new expectations and preferences. The treaty is very important, its signing and ratification signify acceptance of the norms enshrined in it. Even more important is a pathway to it, a way of changing beliefs and expectations. Here the campaign to ban nuclear weapons coordinated by International Campaign to Abolish Nuclear Weapons, ICAN, the trendsetter, is the driving force.

The key role of the campaign and civil society is to inform and influence the public and lobby policymakers. This was crucial during the pre-negotiation phase as a civil society held the power of mobilization for change[4] and this will remain so after the treaty enters into force for it to gain broader support.

Media and educational campaigns are crucial as they raise awareness, provide reasons for change and, thus, facilitate changes in beliefs and expectations. A change of mind requires reasons that are developed through understanding that some factual and personal normative beliefs that support the old norm are not right[5].

Public awareness-raising is one of the ICAN’s top priorities. To problematize and question nuclear weapons and nuclear deterrence people have in the first place to be aware of what these things are and what they do as well as of their factual and personal normative beliefs about the nuclear things and expectations that support the old norm and practice. The Nobel Peace Prize was awarded to ICAN precisely for its efforts on raising awareness about the catastrophic impacts of nuclear weapons.

To bring about a meaningful change the campaign to ban nuclear weapons builds on factivism. ICAN spreads data on the humanitarian impact of nuclear weapons that will be beyond the international community’s control obtained through, inter alia, cooperation with anti-nuclear activist states, specialized organizations and agencies, like the International Committee of the Red Cross, and survivors of nuclear testing and use. New factual information may give a reason for a change of factual and personal normative beliefs and a change in expectations[6]. Abandoning nuclear deterrence requires a change in factual beliefs about the costs of this practice and its legality and a change in personal normative belief about its legitimacy. The costs are an insurmountable catastrophe, widespread loss of life, and human suffering for generations. The three conferences on the humanitarian impact of nuclear weapons were excellent platforms for presenting new factual information to change both factual beliefs and personal normative beliefs. The legality and legitimacy of reliance on nuclear weapons for security are seriously questioned as it seems that any use of nuclear weapons will be hardly consistent with the rules of international humanitarian law that are to be applied to any state, whether a party to the ban treaty or not, in any conflict.

Deliberations are another powerful tool for change. Norms that are discussed in deliberation are embedded in an extensive network of ideas, values, and beliefs. Deliberation not only brings beliefs and values to the surface but also makes the connection. In deliberation we become aware of inconsistencies between either our own beliefs or between our beliefs and the new information we gain in discussion[7]. For example, realizing that almost any use of nuclear weapons will result in an imminent insurmountable humanitarian catastrophe neither state will be able to deal with and long-term harm to human health and the environment that will not be constrained by national borders would make one also understand the nature of these weapons and realize what nuclear weapons do is inconsistent with the value of human life and humanitarianism in general.

All that said, norms have to change within the reference network. The reference network is the network of those whose behavior and expectations matter to the decision maker[8]. The ultimate decision-makers are still those who are to decide on the abandonment of nuclear weapons in their possession, nuclear-weapon states. Anti-nuclear activists, NGOs, and states (at least most of them) that push the ban do not seem to matter to nuclear weapon states’ nuclear choices. They are not quite members of their reference network. It is, however, unlikely that that is also true (at least for the US and also the UK) about non-nuclear-weapon states that are members of NATO. That is apparently why ICAN focuses a great amount of its energy on the umbrella states that “protect and uphold” nuclear weapons, “legitimize and encourage” their possession and, thus play a crucial role in efforts to abandon them[9].

When asked about the effect of the treaty’s entry into force on nuclear weapon states, Beatrice Fihn, executive director of ICAN, admitted that she does not expect “a drastic change” because that kind of change, normative one, usually progresses slowly. The mission is “to make it as uncomfortable and difficult as possible for countries to continue to have nuclear weapons unchallenged”[10]. As Beatrice Fihn said: “It’s going to take a long time to undo that kind of brainwashing on the global stage, but this treaty is a way to start”[11]. So, the international community has to go a long way before we achieve disarmament. But in the first place, we have to realize that there are problems with the old thing and there are reasons for the change. The ban treaty and the campaign to ban nuclear weapons are powerful signals that the old thing is way too problematic.

[1] 2017 Treaty on the Prohibition of Nuclear Weapons // International Committee of the Red Cross. URL: https://www.icrc.org/en/document/2017-treaty-prohibition-nuclear-weapons

[2] The Treaty on the Prohibition of Nuclear Weapons: A Well-Intentioned Mistake. Remarks by Dr. Christopher Ashley Ford, Assistant Secretary, Bureau of International Security and Nonproliferation at the University of Iceland, Reykjavik, Iceland. // U.S. Department of State. 30 October 2018. URL: https://www.state.gov/remarks-and-releases-bureau-of-international-security-and-nonproliferation/the-treaty-on-the-prohibition-of-nuclear-weapons-a-well-intentioned-mistake/

[9] Tom Collina’s interview with Beatrice Fihn in the Banning the Bomb episode of Press the Button podcast. 6 October 2020. URL: https://pressthebutton.libsyn.com/banning-the-bomb