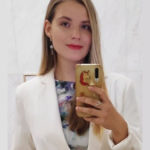 The CEO of Rosatom, Alexey Likhachev, and the Director General of the International Atomic Energy Agency (IAEA), Rafael Mariano Grossi, met in Kaliningrad on April 1, 2022. Before arriving in Russia, the agency’s delegation spent two days in Ukraine. This visit was the first for Mariano Grossi to Russia. As a result, it can be noted that the bilateral negotiations were productive and unbiased, both sides expressed largely the same opinion on key issues related to ensuring nuclear and physical security.

The heads of the organizations confirmed their firm belief that the agency should have full information about the events taking place in Ukraine to ensure nuclear safety, necessary to preserve the zero chance of nuclear accidents. “The main task of the state corporation is to provide maximum assistance to the IAEA in ensuring the safe operation of Ukrainian nuclear facilities,” commented Alexey Likhachev.

The parties also did not ignore the issue that is still important and relevant: the fate of four Russian employees of Atomspetstrans. On February 24, Russian nuclear engineers delivered a previously contracted batch of nuclear fuel from Russia to the Rivne NPP in Ukraine. They accompanied the delivery of fresh nuclear fuel from Russia to Ukraine and provided, as required by the bilateral agreement, control procedures for receiving and transferring the delivered cargo. And Atomspetstrans itself is an authorized Russian operator for special, including cross—border, transportation of nuclear and radiation hazardous materials. Now the issue of their return to their homeland is being resolved. Grossi and Likhachev expressed hope for a speedy resolution of this situation and stressed that it is moving towards a successful conclusion. At the same time, the head of the state corporation thanked his colleague for his assistance in the process of releasing Russian citizens.

In Kaliningrad, the parties agreed to continue the dialogue. Rafael Grossi thanked Alexey Likhachev for operational cooperation and partnership.

In a special interview after the meeting with the Director General of the IAEA, Alexey Likhachev highlighted two main topics of negotiations, namely close cooperation on nuclear safety issues of the agency with Rosatom after visiting Ukraine and holding a number of consultations with the Ministry of Energy in Ukraine, the nuclear energy concern and mid-level specialists. “It was extremely important for him (Grossi) that Rosatom specialists arrived at the Chernobyl station, the Zaporozhye station and could observe on the spot how events unfold and predict possible risks.” Likhachev also noted the agency’s merit in solving technological problems while remaining out of politics. “We leave politics out of the picture and talk only about professional cooperation and necessary actions aimed at the safe operation of modern nuclear facilities.”

The second important aspect was the agency’s desire to really conduct on-site inspections and see everything with their own eyes in order to fully understand the big picture. Rosatom will enter into cooperation with the IAEA and with Ukrainian specialists. This type of interaction, according to the head of the state corporation, will be in demand more and more. Likhachev stressed that Rosatom’s long-term and systemic projects should be separated from politics. Unfortunately, despite this axiom, in global terms, the corporation has yet to realize the consequences of the logistical failure that occurred due to sanctions pressure. However, Rosatom will try to implement its agenda and expand it.

Alexey Likhachev made an important conclusion that the nuclear industry still remains the most peaceful after negotiations with the agency, given the productive cooperation of the parties.