Main Our publications PIR Post The Nuclear Dimension of the Ukraine Crisis: Voices from China

The Nuclear Dimension of the Ukraine Crisis: Voices from China 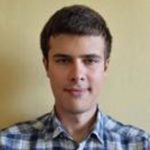 On March 30, Russian Foreign Minister Sergei Lavrov held talks with his Chinese counterpart Wang Yi. The parties expectedly affirmed further strengthening of their strategic partnership, condemned the use of unilateral sanctions, and discussed the situation in Afghanistan, Central Asia and Ukraine. To make a long story short, the statements made did not convey much political meaning.

This is not surprising. When it comes to conflicts that do not directly affect the PRC, Chinese officials have traditionally refrained from making clear and firm assessments of military and political moves. This principle of foreign policy rhetoric is generally applicable to the events around Ukraine, including their nuclear dimension, i.e., President Putin’s decision to order a “special service regime” of the Russian deterrence forces. At the initial stage, Chinese officials spoke from positions of absolute neutrality. On February 28, Chinese Foreign Ministry spokesperson Wang Wenbin only called on the parties  to “exercise restraint and avoid further escalation” when asked a question about the “special regime.”

On February 27, exactly when the “special service regime” was ordered in Russia, the state-controlled English-language publication Global Times emphasized China’s neutral stance regarding the Russia-Ukraine conflict. “China’s stance of neutrality is important because if there is one country that can one day effectively mediate the conflict, that country should be one with real neutrality and which respects Ukraine’s sovereignty and also did not follow the West in sanctioning Russia and harming the livelihood of Russian people.”

On February 28, Professor Yang Chengjun, a Chinese nuclear expert, noted that the decision on a “special service regime” means “a state of war in the full sense.” The professor compared the Russian nuclear arsenal in the new regime with a rifle aimed at the target. Importantly, the professor did not provide any normative evalutations of the situation.

Of interest is the gradual concretization of the statements of both Chinese officials and prominent analysts. On March 3, 2022, the Chinese Foreign Ministry spokesperson was again asked about the “special service regime”. The answer sounded as follows: “According to documents such as statements made by states and the UN Security Council Resolution 984, nuclear-weapon states give security assurances to non-nuclear-weapon states such as Ukraine. The security assurances have clear limitations on the content and are triggered under specific conditions.”

In mid-March, Senior Colonel Zhou Bo (ret.)of the Center for International Security and Strategy at Tsinghua University(former Director of the Center for Security Cooperation in the Office for International Military Cooperation at the Ministry of National Defense) wrote an article for the South China Morning Post explaining why China refuses to choose between Russia and the West. Among other things, the colonel criticized the “special service regime” of deterrence forces in the broader context of Russian nuclear policy. Zhou Bo wrote that while “the Russian armed forces outgun and outnumber the Ukrainian forces,” the only possible explanation for the “special service regime” order is the well-known “escalation for de-escalation” strategy. According to Zhou , the strategy “risks encouraging would-be nuclear weapon states and is definitely a heavy blow to non-proliferation.” The expert argued that the PRC and the US should seize the moment to “demonstrate their responsible attitude through discussions on no-first-use of nuclear weapons” (the PRC has been sticking to this principle since 1964). In addition, the senior colonel pointed out that a Russian-Chinese alliance is impossible (since the PRC is the main beneficiary of globalization) and touched upon the inappropriateness of “spheres of influence,” emphasizing that the PRC does not possess such spheres and will not try to create them. (“North Korea won’t give up its nuclear weapons as China and the whole world wishes.”)

Even before February 24, separate articles were published in China explaining why Ukraine abandoned its nuclear arsenal after the collapse of the USSR.  In an article published by the Chinese media outlet Sina on February 23, Ukraine’s thoughts about nuclear weapons were called “belated.” According to the author, the potential restoration of Ukraine’s nuclear potential would cost the country tens of billions of US dollars. Back in 2020, similar ideas could be found on the Sohu news website: Ukraine’s renunciation of nuclear weapons was discussed with sadness. The author criticized the naivety of Ukraine’s then leadership, which could not resist the pressure coming from the United States and Russia.

Based on the analysis, one can draw several key conclusions. First, China indeed predominantly refrains from making firm statements slamming Russia’s actions, either officially or through think tanks and the media. At the same time, the PRC does not support Russia directly even in public statements, even though China’s authorities take every opportunity to criticize the United States. Secondly, over time, the Chinese position has become a little clearer and at the same time less favorable towards Russia. This is indicated by references to UNSCR 984, but most visibly by Zhou Bo’s criticism directed at the “escalation for de-escalation” concept. Thirdly, the social discourse with regard to Ukraine’s nuclear potential is particularly interesting. Some of China’s major media outlets have published articles that discuss Ukraine’s renunciation of nuclear weapons with sympathy and regret.

With all that, one can state that even amid hostilities in Ukraine, Ukraine’s place on China’s agenda remains marginal, which is clearly visible in comparison not only with the Russian agenda, but also with the way Europeans and Americans approach Ukraine. Global Times often limits articles about the Ukraine conflict to criticism of the United States structured around problems in bilateral trade relations. Other publications that are less globally oriented, e.g., Xinhua, pay either little or no attention to the Ukraine conflict.