The feat of lieutenant colonel Petrov: fact or fiction? 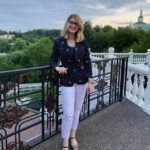 On May 19, 2017, Stanislav Petrov, whom the Western press vilified as “The man who saved the World”, died. Since 1993, there has been a very popular plot in the Western media on how in the early hours of September 26, 1983, duty officer Petrov prevented the outbreak of nuclear war by his professionalism. But eventually, he had to pay with his own career for it. However, the West appreciated the heroic deed, and Petrov was first awarded the “Association of World Citizens” (2006), and later he received the Dresden Prize (2013). Among the Russian news sources that published the interview with the lieutenant colonel were TASS, RIA Novosti, Meduza, and others. In David Hoffman’s book, The Dead Hand, the events of September 26 are presented as one of the outstanding episodes of the Cold War. [1] The documentary drama “The Man Who Saved The World”[2] where Petrov played himself was shot in 2004. However, the news of the death of lieutenant colonel Petrov did not make headlines: the general public found out about it only six months later.

It is interesting that in all the interviews of lieutenant colonel Petrov, three key moments are changing constantly: work with monitor operators, the red button, and the ground for discharge. This indicates an attempt to embellish the real situation. This paper will try to analyze the events of September 26, 1983, paying particular attention to the key points mentioned above.

On September 26, 1983, the Oko nuclear early-warning system (part of the missile warning system space-defense layers) sent a false signal on the launch of ballistic missiles from a US military base. According to lieutenant-general (ret.) Vasily Lata, the causes of the incident were the following:

In an interview with TASS Petrov claimed: “I called the command two minutes later and said that the alarm was false, the computer failed”[4]. However, the situation analysis was not within his duties. According to the protocol, when the system sent an alarm signal, the duty officer was obliged to report on it to the higher command (Main center for missile attack warning). The Main center analyzed a situation after checking the data using other[5] missile warning system means, and in the event, the launch of the missiles was confirmed, the information was transmitted to the persons responsible for taking a decision on retaliatory measures (supreme commander and minister of defense). Thus, lieutenant colonel Petrov could not have an impact on the launch of missiles, since making such a decision was not within his competence.

In some interviews, lieutenant colonel Petrov emphasized that he had been forbidden to use the information received from the monitor operators. In other interviews, it was noted that it was the lack of confirmation from the monitor operators that helped him make the decision. However, the film demonstrates that Petrov hesitated to transfer information until the last moment, waiting for confirmation of information by the soldiers sitting at the control monitors.

The media called Petrov “man on duty at the red button”. In the interview, Petrov mentioned that the red button was at the control point: “It was located on the duty controller’s point under a metal cap with a leaden seal. So that no one could accidentally press it. But …conductors were not even connected to it!”[6] Firstly, why is such a “button” needed at all? Secondly, according to Vasiliy Lata, there is no and never has been the red button on the Serpukhov-15 point[7]. Thirdly, as mentioned above, the decision to launch missiles is not made by the duty officer.

Lieutenant colonel Petrov named various grounds for dismissal: due to his wife’s health issues, untimely filling out of the record book, for the reason that the incident investigation commission was looking for a “scapegoat”. But in fact, lieutenant colonel Stanislav Petrov was discharged due to the fact that he had disclosed information about the events on the night of September 26 without the command permission.

Such headlines in the media as “The feat of Stanislav Petrov was classified for 20 years” have nothing to do with the facts on the ground.[8] Lieutenant-general (ret.) Vasiliy Lata noted the following: “There was no decree to declassify this incident, as well as to classify it. There was just a narrative that such information was restricted, and in the nineties the situation in the state allowed not to adhere to the legal requirements. So, Yuri Votintsev[9] decided with all the time that had passed, that it was allowed to share restricted information. A lot of people acted the same way, including high officials from many government agencies”.[10]

Thus, Stanislav Petrov became a hero only through publications of the media. An air of mystery about nuclear weapons and unfamiliarity of common citizens with the procedures made it possible to create a “when the world was hanging by a thread” situation out of an ordinary routine moment. The film can hardly be considered documentary, since it is true, perhaps, only in the episodes with the presentation of awards. The rest of the timeline is a loose adaptation of events.

All attempts of the media to manipulate this situation, appeals and calls towards the Russian government with the leading idea “Russia does not remember its heroes” is nothing less than rude, but very efficient propaganda based on distortion of events. Perhaps, if the officials of the ministry of defense had commented on the actions of lieutenant colonel Petrov, then interest would have faded even earlier since it was only fueled by the continuous disregard of corresponding publications and statements.

However, it seems that such a step would be superfluous since in general, this story does not tarnish the image of the state. Moreover, further proof is the rapid loss of public interest in it.

[5] Reffering to the over-the-horizon radars.

[9] Yuri Votintsev – colonel general, a retired commander of the Soviet Air Defense’s Missile Defense Units. In his interview in 1993 the accident of 26.09.1983 and Stanislav Petrov participation in it was first mentioned.