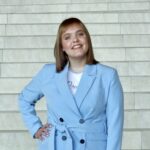 Today, fewer people remember the horrors of world wars and the threat of a new large-scale conflict floating in the air during the Cold War. Generations have passed and the reins are gradually being taken over by those who only know about war from history books, but that does not cancel the threat itself. The Doomsday Clock of the Bulletin of the Atomic Scientists, a symbolic representation of the level of nuclear threat, shows 100 seconds “to midnight” – a worldwide catastrophe also called “the nuclear winter”.[1] The Clock has never been closer to midnight, not even during the Cuban Missile Crisis. This means only one thing: the world needs to take serious measures to reduce the nuclear threat.

The year 2022 will mark the 20th anniversary of the publication of the United Nations Study on Disarmament and Non-Proliferation Education (30 August 2002), which contained “a set of recommendations [34 recommendations – note by author], in the short and long term, which are intended to assist current efforts, and which propose new directions” for disarmament and non-proliferation education and training. The recommendations included the production of nonproliferation education materials and their translation into all official UN languages, specialized training and fellowship programs for students, teachers, and media personnel in various regions of the world, the use of digital technologies for distance learning, and playful and creative learning methods.[2]

The Report was developed by a Group of Governmental Experts appointed pursuant to UN General Assembly Resolution 55/33 E (November 20, 2000), which launched the disarmament and nonproliferation education agenda at the UN level.[3] The GGE held a total of four sessions: April 18-20, 2001, in New York; August 8-10, 2001, in Monterey, California; March 11-15, 2002, in Geneva; and July 22-26, 2002, in New York. The Study benefited from the collective expertise of representatives of UN offices and agencies and other international organizations concerned with disarmament, who were active contributors to its work. PIR Center Director and Founder Vladimir Orlov took an active part in shaping the report as a UN Consultant on disarmament and nonproliferation education (2001-2002). The UN Study formed the basis of UN General Assembly Resolution 57/60 (December 30, 2002).[4]

Indeed, a growing number of disarmament and nonproliferation education programs and initiatives have been emerging as part of this agenda. These include outreach projects for the general public, as well as forums, fellowships, and academic programs for young nuclear nonproliferation professionals.

One such academic program is the Dual Degree M.A. Program Global Security, Nuclear Policy, and WMD Nonproliferation, developed since 2016 by PIR Center, Middlebury Institute of International Studies in Monterey, USA, and MGIMO University. More than 40 nonproliferation and global security professionals from Russia, the United States, Ireland, Spain, Canada, China, and Mexico, who continue their work in think tanks and government agencies, have graduated from the program so far.

Some of the students of this program shared with the author their personal experiences of participating in various events organized on the basis of the 2002 recommendations and their opinions on the relevance of the recommendations in general. The students highlighted what they considered to be the most relevant recommendations to date and gave examples of how they had experienced their implementation. The author is also currently a student in the dual degree program in nonproliferation studies (MGIMO-MIIS-PIR Center), so the blog will contain the author’s personal experiences as well.

Students first noticed that in recent years there has been a rapid increase in opportunities for students and young professionals to communicate and work together in the field of nuclear nonproliferation and disarmament along with distinguished experts. International youth organizations and movements such as the CTBTO Youth Group, Emerging Voices Network (a youth movement under the auspices of BASIC, UK), the Youth Communicators for a World Without Nuclear Weapons (under the auspices of the Japanese Foreign Ministry) and so on are taking shape. PIR Center also has its own networking platform for young professionals – the PIR Center Alumni Community. These organizations and movements provide access to expert materials, direct communication with world-class experts, and promote knowledge about nuclear nonproliferation. Some members of these organizations shared with the author that they were attracted to the nonproliferation field precisely because of the opportunities for free participation in international events and scholarships for disarmament and nonproliferation education or research.

Dual Degree students have also noted the expanding range of opportunities for nonproliferation education funding. For example, in 2021, four female students of the program became the winners of IAEA Maria Sklodowska-Curie Fellowship Program (MSCFP). Rebecca Pantani (Italy), Hannah Harris (USA), Daria Kheyrie (Russia) and Sarah Erickson (USA) will be awarded scholarships to cover graduate school tuition fees and up to 12 months-long internships at the IAEA. Inna Rodina was also a recipient of this scholarship a year earlier, and she will soon begin her internship at the IAEA. “Being admitted to this Dual Degree Program and at the same time receiving the Marie Sklodowska-Curie Fellowship is astonishing. I have been interested in Arms Control and Nuclear Proliferation studies for a long time and I now feel that I will be able to pursue and reach my goals, I feel that I am on the right path. I am very excited to continue my studies in Monterey next semester and seize the opportunity to collaborate with the IAEA in the future,” RebeccaPantani, a first-year student in the Dual Degree M.A. Program Global Security, Nuclear Policy, and WMD Nonproliferation (MGIMO-MIIS-PIR Center).

Enrolling in the Dual Degree Program itself would not have been possible for many talented students if not for the NTI scholarship, which annually supports talented young people interested in nonproliferation studies. For example, for three 6th cohort students from Russia, the scholarship pays a large portion of tuition fees, allowing those from provincial Russian cities the opportunity to study with world-class experts. All NTI fellows say that they would not have even considered studying in the program if not for the scholarship.

Among other things, the students note the growing number of educational events available to both expert circles and the general public. Expert seminars and online courses are offered by such leading think tanks as the Vienna Center for Disarmament and Nonproliferation (VCDNP, Austria), the Center for Strategic and International Studies (CSIS, USA), the James Martin Center for Nonproliferation Studies (CNS, USA), PIR Center (Russia) and others.

In addition to the events where experienced experts share their knowledge with the youth, young researchers themselves are increasingly taking the lead, which further motivates them to immerse themselves in the nonproliferation field and helps students and young specialists better navigate the field. Thus, in November 2021, PIR Center held the III International Timerbaev Nuclear Debates, which combined two formats – situational analysis and role play. The participants presented their views on the nuclear ambitions of Japan, South Korea, Iran, and Saudi Arabia as government representatives of these countries. The debate brought together students and young professionals in nuclear nonproliferation and global security from MGIMO University (Russia), Middlebury Institute of International Studies at Monterey (USA), National Research Nuclear University “MEPhI” (Russia), Ural Federal University (Russia), and CTBTO Youth Group (Vienna, Austria). “The highlight of my semester here in Russia was the III International Timerbaev Nuclear Debates – from reading academic works by Amb. Timerbaev to training with my teammate for our debate – I had so much fun delving deep into a critical issue with surprisingly nuanced arguments on both sides. Preparing for the debate also influenced the direction of my Masters thesis which will be on a related topic,” – Hannah Harris, a first-year student in the Dual Degree M.A. Program Global Security, Nuclear Policy, and WMD Nonproliferation (MGIMO-MIIS-PIR Center).

Regarding the dissemination of educational materials, however, opinion remained mixed. On the one hand, respondents unanimously noted the great availability and multiplicity of various analytical materials on nuclear nonproliferation and disarmament. Formats ranged from news articles and policy briefs to scholarly articles supplemented by videos, podcasts, and online courses. However, there is still a noticeable preponderance of the English language in the discourse. “Sometimes I encounter a situation where I know a specialized term in English, but have absolutely no idea how it would sound in Russian. Especially often this happens with the names of documents or organizations,” shares Daria Kheyrie, a first-year student in the Dual Degree M.A. Program Global Security, Nuclear Policy, and WMD Nonproliferation (MGIMO-MIIS-PIR Center).

However, the author would like to note that the situation is rapidly improving, especially regarding Russian and other official UN languages. For example, the author’s first introduction to nuclear nonproliferation took place back in high school thanks to the PIR Center textbook on Nuclear Nonproliferation, edited by V.A. Orlov, which contains the basics of the nonproliferation regime and the main documents. The textbook is published in Russian and is publicly available. Such fundamental materials are available in all six official UN languages at least. This includes a growing number of nonproliferation studies think tanks around the globe that publish materials in their own languages. To increase the diversity of perspectives, formats, and languages of nonproliferation materials, we need to expand opportunities for professional training for specialists from different parts of the world who can translate their knowledge into national expert communities.

There is always room to grow

It must be said that the students unanimously confirmed that the implementation of the recommendations from the 2002 Study is evident. However, any initiative always has points of possible growth. Students in the dual degree program highlighted the following: