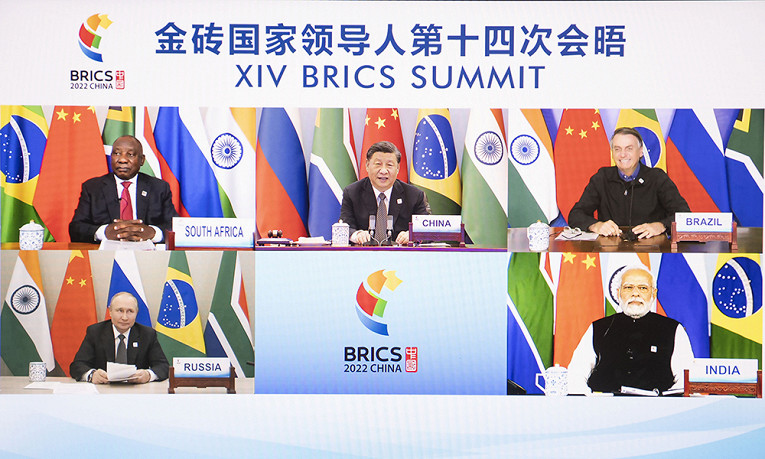 Main Our publications PIR Post Why are the countries of the world racing to join the BRICS?

Why are the countries of the world racing to join the BRICS? 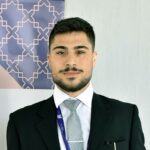 Beijing hosted the latest meeting of BRICS emerging economies, the Presidents and Prime Ministers of Brazil, China, India, Russia and South Africa met virtually by video conference on the 23rd of June 2022. A major development occurred during the summit; the creation of a new basket type reserve currency. It challenges the US dollar, combines BRICS currencies, and is backed by precious metals. President Vladimir Putin said: «The trade turnover of the Russian federation with the countries of the «five» in the first three months of this year increased by 38% – up to 45 billion dollars».

It should be remembered that the expansion of the BRICS is taking place against the backdrop of unprecedented geopolitical shifts, accompanied by a comprehensive restructuring of the existing architecture of international relations. What prompts the states of the world to move closer to the BRICS? And does this rapprochement have pitfalls?

So, what is the BRICS?

With 41% of the world’s population, 24% of its GDP, and more than 16% of global trade, the BRICS is a significant organization that brings together the world’s leading emerging economies (Brazil, China, India, Russia, and South Africa). Over the years, the primary drivers of global economic growth have been the BRICS nations. The three pillars of political and security, economic and financial, and cultural people-to-people contacts have brought the BRICS nations together over time to discuss key topics.

Prime minister of India Narendra Modi noted that: «BRICS was established with the belief that this group of growing economies could emerge as engines of global growth. Today, when the world is focusing on post-covid-19 recovery, the role of BRICS countries will be very important».

Two new countries – Iran and Argentina – have applied to join the increasingly influential BRICS, an Iranian official said, according to news agency Reuters.

What are the goals of the organization?

The date of the establishment of the organization is very important, as it took place after the global economic crisis in 2008, when the President of Russia at the time, Medvedev, invited the three countries (Brazil, China, India) to a summit in Russia in 2009 before South Africa joined in the year 2011. The goal of the meeting was to discuss how can the developing countries, that are affected by the policies of the United States of America, emerge from this crisis?

At the end of the lengthy meetings, it was agreed on how to emerge from the crisis on a larger scale, which is through cooperation to establish a new, more just world order.

In 2017, China suggested that there be a so-called «BRICS +», meaning the five members, and then add new members informally, as observers or as dialogue partners, so that other countries attend BRICS conferences and try to maximize their cooperation with the countries of the organization.

In June 2022, Russian President Vladimir Putin announced that the five countries had agreed to open the door to membership for new members, and the Chinese leader said: «we want to speed up the annexation process».

Who are the new members that showed interest in the BRICS?

As soon as the organization opened its doors, five countries showed great interest, and two applied immediately and officially in the same month (i.e. June 2022), namely Argentina and Iran. Three other countries began negotiating with the organization for official accession: Turkey, Egypt, and Saudi Arabia. There are also a large number of countries that are on the radar of BRICS, such as Indonesia, Nigeria, Thailand, Senegal, and the UAE. For his part, the Algerian president expressed willingness to join BRICS.

So, the first reason for countries racing to join the BRICS is a procedural one, because the organization did not allow countries to join, but it opened its doors last June.

As for the second reason, it is the atmosphere of instability that the world is witnessing, either from the military and political point of view, or from the economic side which is more important, to avoid potential losses such as the year 2008, especially since there is a fear of a new global economic recession.

Furthermore, the countries that want to join believe that they will greatly enhance their economic and political strength, because every country has a market and resources. Markets need resources, and resources need markets. For instance, if we take the example of the Islamic Republic of Iran, it has huge resources of oil and gas that exceed its domestic needs, and is looking for markets away from the American embargo and sanctions. As a country, it has a market that needs resources other than oil and gas, therefore it may start its cooperation in order to purchase resources from BRICS member states. Thus, each country may need what the other party has.

On this occasion, Lebanon may have a golden opportunity to join BRICS +, so that it may be able to export the gas found in huge quantities in its offshore blocks on the Mediterranean shores, as well as its fine wine, famous since the Phoenicians and mentioned in the Holy Bible. Lebanon tourism can offer plenty: from ancient Roman ruins, to well-preserved castles, limestone caves, historic Churches and Mosques, beautiful beaches nestled in the Mediterranean Sea, world-renowned Lebanese cuisine, nonstop nightlife and discothèques, to mountainous ski resorts.

In addition, Lebanon can join the New Development Bank (it is a multilateral bank established by Brazil, Russia, India, China and South Africa, and was launched in 2014). The bank finances sustainability and infrastructure projects in BRICS and other developing countries, hence Lebanon may be able to obtain loans from a source other than the IMF (whose conditions are harsh and destructive for countries), to finance its infrastructure, transportation sector and electric power.

This opportunity is considered attractive to Lebanon, because Beirut has relations with the East and the West and does not seek to build enmity with anyone, just like Algeria and UAE.

Returning to the reasons that interest countries in the BRICS organization, we see that there are countries seeking to join more than one alliance or camp. It enhances in their opinion their national independence in the face of external pressures. For instance, India is within the BRICS, and is also within alliances led by America such as the QUAD Alliance (America, Australia, Japan, India).

The distrust between Washington and its friends constitutes an additional reason, most notably the example of the Gulf states that are tired of America’s provocative decisions and its lack of reliability. These countries perceive the United States of America as a monopolistic dealer in the market who says to its customers: «If you like it or not, you will not find anyone else».

As a result, the race for the BRICS became the savior from the American hegemony and control.

The statement of the Argentine ambassador to China mentioned in the Global Times confirms this, Narvaja noted that the BRICS cooperation mechanism has profound significance for the building of a more balanced global order where cooperation will be unconditional and for mutual benefit.

He also added: «The BRICS cooperation mechanism is of great significance for the building of a new, more multipolar, and balanced world». Narvaja told the Global Times: «We are interested in joining BRICS because it is a cooperation mechanism composed entirely of emerging economies. There are no strings attached and all cooperation is mutually beneficial».  He also said something very important, «I have noticed that some analysts believe that the economic influence of BRICS countries is forecast to surpass that of the G7».

The bloc without adding new members is very strong. For example, Russia overtook other nations as the world’s top exporter of wheat and the world’sleading exporter of gas. The largest industrial and manufacturing capacity is found in China. India is a leader in the domains of science, technology, and pharmaceuticals. South Africa has an abundance of natural resources, while Brazil is blessed with an abundance of mineral, water, biological, and ecological resources. So what if Iran, Saudi Arabia and the UAE, who have huge traditional energy resources, join the alliance. However, it’s important to mention that China and India are working round the clock for green energy transition and they have the newest renewable energy generation technology.

In conclusion, the bloc in its current situation is very strong, so how will it become when powerful promising countries join it. Will it turn into a very ambitious bloc?

The global system that America is leading today, was established through the Bretton Woods Agreement in 1944. It was based on specific mechanisms, the most important of which are the International Monetary Fund (IMF) and the World Bank (the bank’s function is to finance the structure in friendly and allied countries, and the Monetary Fund’s main objective is to control the monetary system, i.e. exchange rates and different currencies against the US dollar) and in this system the US dollar plays the central and pivotal role.

As a consequence, in 2014, the BRICS organization established the New Development Bank, whose capital is equivalent to 100 billion dollars in the local currencies of these countries. Therefore, Washington looks at this alliance with much fear and anxiety, thus, the BRICS alliance may be the heir of the American empire in the distant future, but not through hegemony and control, but through this system that is more just and beneficial to all peoples of the world.

Success in this project is very difficult because there are major challenges facing the BRICS countries, including internal ones, as there are still contradictions within the organization, such as border problems between China and India. There may be also future contradictions in the event of the accession of Iran and the Gulf states.

In addition, there are external challenges such as the United States of America, which is a great power until now, and feels very anxious (major countries are more dangerous and aggressive when they feel that their hegemony is threatened,) therefore the American administration and its allies will not stand idly by as they see the influence of the BRICS escalating day after day.

How might the USA behave against these enormous global changes, and how would the BRICS+ countries react? The question remains open.