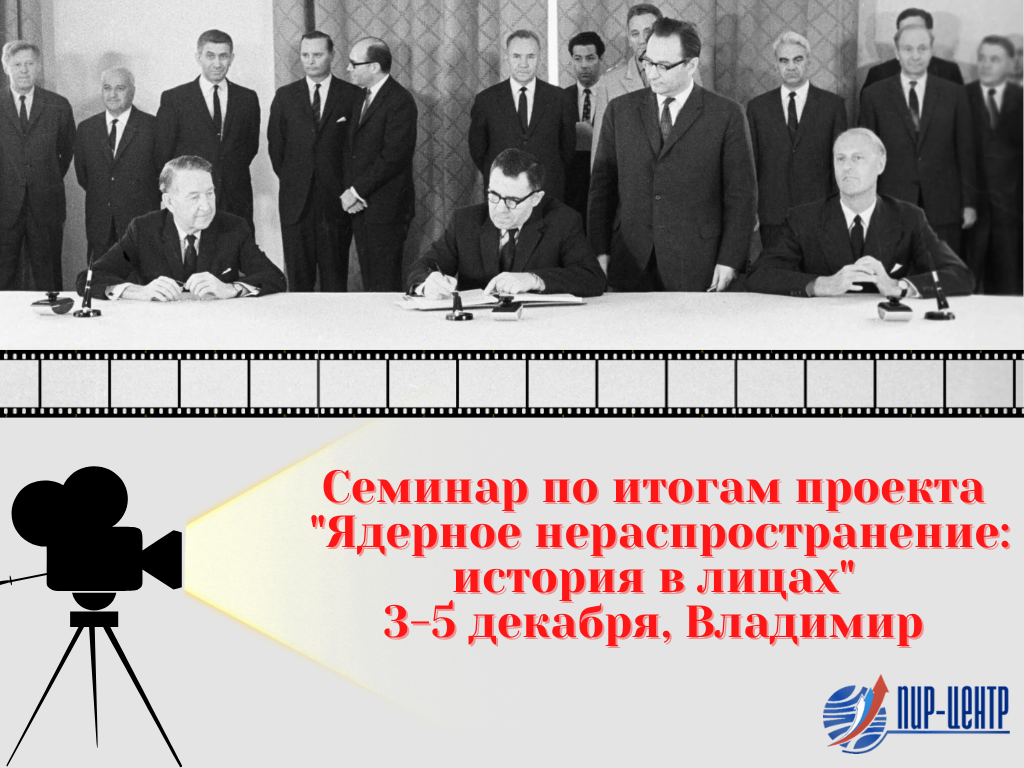 Find an event
Search in the section

On December 3-5, 2022, PIR Center will hold the seminar Oral History of Nuclear Nonproliferation in the Vladimir region. The winners of the contest will be able to discuss the results of the project and listen to leading Russian experts in the field of nuclear nonproliferation, arms control and disarmament during the round tables, as well as ask their questions. The seminar is expected to be attended by such prominent Russian experts as Lieutenant General, Chairman of the Executive Boardof PIR Center, Head of the Center for Political and Military Studies of the MSU Evgeny P. Buzhinskiy, former Director of the Department for Security and Disarmament of the Russian Foreign Ministry, Professor of MGIMO of the Russian Foreign Ministry, former Ambassador of the Russian Federation to New Zealand Mikhail N. Lysenko, Lieutenant General, former Deputy Chief of the General Staff of the Strategic Missile Forces Vasily F. Lata, UN Security Council expert on nonproliferation issues, Envoy Extraordinary and Plenipotentiary Viktor S. Slipchenko, former Adviser to the Director General of Rosatom Viktor P. Kuchinov, former Chief of the General Staff of the Strategic Missile Forces General-Colonel Viktor I. Esin and others. The seminar will be combined with the annual International Timerbaev Nuclear Debates, which traditionally take place in a hybrid format with the participation of high-ranking Russian and foreign experts as jury members.

The working language of the seminar is Russian.

The results of the competition for participation in the seminar will be published early next week. Follow the page of the PIR Center.