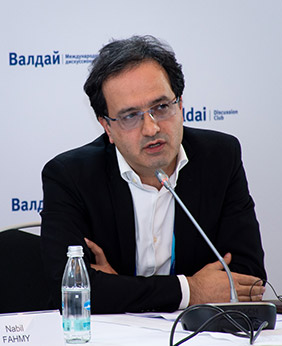 Ph.D.  in International Relations from Islamic Azad University in Tehran. Has a B.S. in Political Science from Tehran University, an M.S. in Political Science from Shahid Beheshti University. 2002-2003 – Post-doctorate Research Fellow at the London School of Economics. 2007-2011 – Research Fellow at Harvard Kennedy School’s Belfer Center for Science and International Affairs (Project on Managing the Atom/international Security Program). Since 2010 – a Research Associate at the MIT Center for International Studies. Currently – a Director of the Institute for Middle East Strategic Studies (IMESS) in Tehran and a faculty member and Chair of the Department of Political Science and International Relations at the Science and Research Branch of the Islamic Azad University. Participated in numerous international conferences on Iran’s regional policy, the politics of Iran’s nuclear program, Iran-U.S. relations, and Iran-Arabs relations. The Editor-in-Chief of Discourse: An Iranian English Quarterly. PIR Center Advisory Board member since 2015.