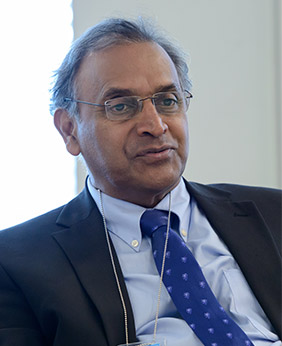 Received a Bachelor of Arts degree from the University of Peradeniya in Sri Lanka (graduated with honors) and a Master of Arts degree (in International Studies) from the American University in Washington (DC, USA). He studied Chinese at the School of Oriental and African Studies at the University of London, worked as a visiting diplomat at the Monterey Institute of International Studies in California (USA). He was the first visiting professor of the Department of International Law and Human Security at Simon Fraser University in Vancouver. Before 2007 he was a former United Nations Under-Secretary-General for Disarmament Affairs and a former Ambassador of Sri Lanka to the USA and to the UN Office in Geneva. He is a member of the Governing Board of the Stockholm International Peace Research Institute (SIPRI). As a Sri Lankan diplomat Dhanapala served in London, Beijing, Washington D.C., New Delhi, and Geneva and he has represented Sri Lanka at a number of international conferences chairing several of them including the historic NPT Review and Extension Conference of 1995. Dhanapala is also a former Director of the UN Institute for Disarmament Research. Jayantha Dhanapala is a member of the Board of Sponsors of The Bulletin of the Atomic Scientists and a governing board member of the Stockholm International Peace Research Institute. Dr. Dhanapala was Sri Lanka’s official candidate for the post of Secretary-General of the United Nations, before withdrawing from the race on 29 September 2006. From 2007 – President of the Pugwash Conferences on Science and World Affairs. PIR Center Advisory Board member since 2004. 04/05