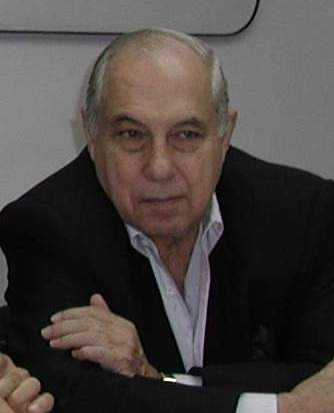 Born in Rio de Janeiro, Brazil, on November 17, 1934. Ambassador from the Brazilian Foreign Service (ret.) Graduated from the Brazilian Foreign Service Academy in 1957. Bachelor in Public Administration  in 1956 (Getulio Vargas Foundation) and  in Law in 1958 (Federal University of the State of Rio de Janeiro). At the Foreign Ministry was Head of Personnel, General Secretary for Financial Control, Inspector General and Secretary General of the Foreign Service. Abroad, he served successively as Second Secretary, First Secretary and Counsellor respectively, at the Brazilian Embassies in Rome, Buenos Aires, the Permanent Mission of Brazil in Geneva  and at the Embassy in Washington, and as Minister-Counsellor at the Office of the Brazilian Representative for Disarmament Affairs, in Geneva. He was Ambassador to Nicaragua, Canada, China and Austria (concurrently with the Embassies in Bratislava, Zagreb and Ljubliana). Served as Counsellor to Brazilian Delegations to the several Sessions of the First Committee of the United Nations General Assembly in New York (1966-86), Delegate to the Eighteen-Nation Disarmament Committee (1966-68) and Alternate Representative of Brazil to the Conference on Disarmament in Geneva (1979-85). He was Representative of Brazil to the Board of Governors of the International Atomic Energy Agency (1999-2002). Was President of the IAEA Board of Governors (1999-2000), President of the Review Conference of the Treaty on the Non-Proliferation of Nuclear Weapons (2005) and High Representative of the United Nations for Disarmament Affairs (2007-1012). Since 2017, he has served as the President of the Pugwash Conferences on Science and World Affairs.

Published many articles in Portuguese and English in specialized publications in Brazil, United States and Europe, mainly on issues of nuclear disarmament and non-proliferation, as well as international affairs. 10/22