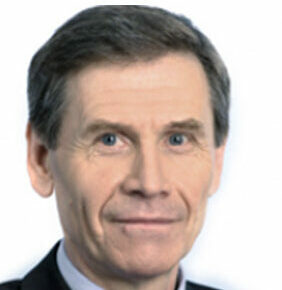 Ph.D. In 1975, graduated from Moscow Aviation Institute, specializing on “aircraft engineering”. In 1981, graduated from research degree from Moscow Aviation Institute. 1975-1983, after graduation worked as an engineer, Junior Engineer, senior Research Fellow in the “aircraft engineering” department at Moscow Aviation Institute. He also was the head of student construction department, Senior Research Fellow, and research manager. In 1983-1992, was outplaced to the All-Union Research Institute of systemic problems of the USSR committee for science and technology and Academy of Science, where he worked as a senior research fellow, head of section, chief deputy, head of department. 1989 –1992, 1996-1998 – expert, advisor of the USSR delegation (since 1990 of Russian delegation) on military security and disarmament issues, Vienna, Austria. 1992 – 1995 – advisor, member of delegate of the Russian Federation in Geneva Conference on restriction of conventional armament,  Geneva, Switzerland. 1998 – 2003 – advisor of the Permanent Representative of Russia to NATO,  Brussels, Belgium. Since 2003 to 2006 – deputy director of Division for International Cooperation and Internationalization of Federal Environmental, Industrial and Nuclear Supervision Service (Rostechnadzor). January – October 2007 – Director of the Department of International Cooperation of TENEX. Since 2008 to 2013 – director of international cooperation department of OJSC “Rusnanotech”, director of international cooperation department of OJSC “Rusnano”. Since 2014 – Advisor to President of OJSC “E4 Group”. He speaks English and French fluently. PIR Center Advisory Board member since 2015. 10/22