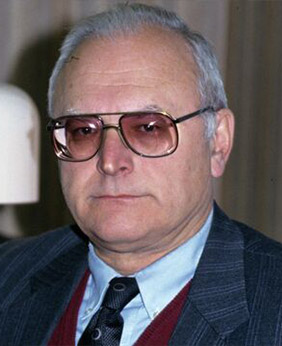 Ambassador Extraordinary and Plenipotentiary of the USSR and Russia (retired), is a well-known diplomat with many years of expertise on disarmament issues. Between 1956 and 1992, he worked at the system of Ministry of Foreign Affairs of the USSR / Russia, throughout roughly two decades – on issues of disarmament and nuclear nonproliferation. Yuri Nazarkin contributed actively to drafting the Treaty on the Non-Proliferation of Nuclear Weapons (NPT), the Biological and Toxin Weapons Convention (BTWC), the Treaty on the Prohibition of the Emplacement of Nuclear Weapons and other Weapons of Mass Destruction on the Sea-Bed and the Ocean Floor and in the Subsoil Thereof (also known as the Seabed Arms Control Treaty), etc. In the period from 1987 to 1989, he acted as Representative of the USSR to the Conference on Disarmament. Also, he negotiated the draft of the Chemical Weapons Convention. Ambassador Nazarkin was a head of the delegation of the USSR during the US-Soviet negotiations leading to the conclusion of the 1991 Strategic Arms Reduction Treaty (START-1 Treaty). In 1992-1995, Yuri Nazarkin served as Deputy Chairman of the Security Council of the Russian Federation. Since 1996, after retiring, he has been engaged in teaching activities: currently he is a Professor and Honorary Doctor (honoris causa) at the Geneva School of Diplomacy and International Relations; he also was a Professor at the Geneva Centre for Security Policy (GCSP). Ambassador Nazarkin was an honorary member of the Centre russe d’etudes politiques (2006-2021). A member of PIR Center’s Advisory Board since 2021.