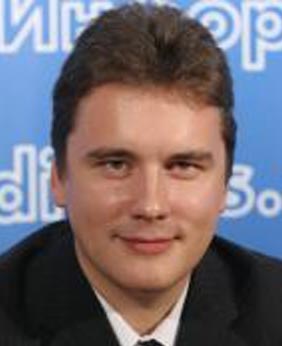 PhD in Political Sciences. In 1998 graduate with merit from the Moscow State Institute of International Relations (MGIMO) of the Russian Ministry of Foreign Affairs. Holds the title of Associate Professor from the Russian Academy of Sciences and the title of Full Professor of the World Distributed University of the European Informatization Academy. Since 1998, occupied different positions in PIR Center, in 2008-2014 – Vice-President of PIR Center, till 2021 was a member of PIR Center Executive Board. In 2003-2006 – Director of International and Public Relations of the All-Russan Public Opinion Research Center. In 2006-2007 – Director of Market Research and Public Opinion in The PBN Company. In 2012-2013 – First Deputy Executive Director of the Russian Geographical Society.

Author of over 100 publications on conflict management, peacekeeping, arms control, international relations and foreign policy (in Russian and foreign languages). In 2014-2020 – President of the deaf-blind support Foundation “Connection”. Since 2019 – in leadership positions in the All-Russia People’s Front Executive Committee. Since February 17, 2021 Dmitry Polikanov has been appointed as a Deputy Head of Rossotrudnichestvo.  The author of more than 100 publications on international and European security, Russian foreign and domestic policy. Member of the Editorial Board of Security Index Journal.