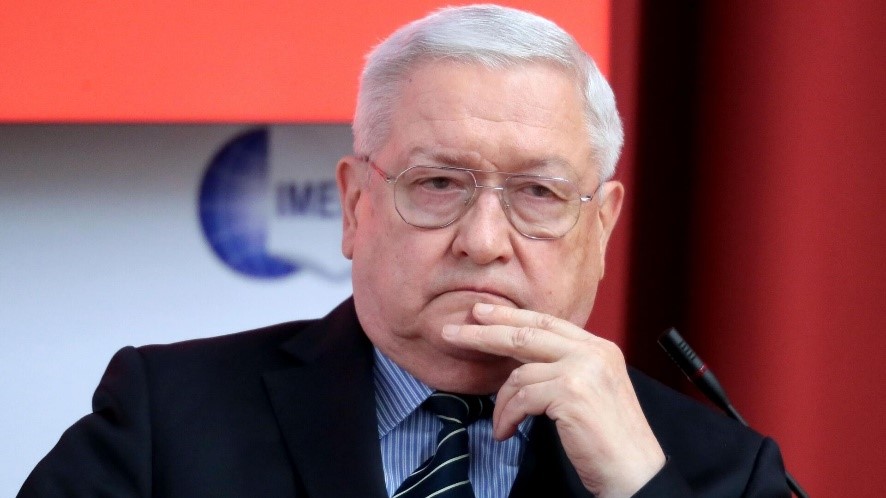 “I mourn the death of Vyacheslav Ivanovich Trubnikov. An army general, a Hero of Russia, a former director of the Foreign Intelligence Service, has passed away. A senior friend and mentor passed away. Member of the PIR Center Executive Board, member of the Trialogue International Club, Vyacheslav Ivanovich has been with our non-governmental organization for many years, as a bright speaker, a participant in dozens of our events, projects, and undertakings. Wherever we were together, from Montreux and Delhi to Abramtsevo and Zvenigorod, we always admired the colossal experience, diplomatic tact, and professional intuition of General Trubnikov. And his ability to inspire the younger generation … After all, we were just now preparing with him for state exams in the “non-proliferation” master’s program at MGIMO, where he was chairman of the state commission, as well as for PIR Center’s Summer School… I have no doubt that the younger generation will learn from the work of General Trubnikov, will study and adequately adopt his experience. Bright memory”.

Vladimir Orlov,
founder and director of the PIR Center

“Blessed memory of a wonderful person and a true professional in his field.”

Dmitry Evstafiev,
Professor at the Higher School of Economics

“April 18, 2022 was overshadowed by the tragic news that Vyacheslav Trubnikov, an outstanding domestic intelligence officer, a bright civil servant, an intelligent, talented, charismatic person passed away. For me, he was one of the examples of those servicemen of modern Russia who inspire endless respect and admiration, motivate me to grow and move on. His achievements can only be exceeded with great difficulty. An irreplaceable loss for the country. Blessed memory and immense gratitude to Vyacheslav Ivanovich.

“A man of great personal courage and high moral qualities, Vyacheslav Trubnikov was a true officer and patriot, a professional with a broad outlook and truly encyclopedic knowledge. Devoted to the defense of the interests of the Fatherland, he always showed resilience and composure, achieving success in operational activities and diplomatic work, providing an example of responsible and faithful service to the country, setting high standards for himself and displaying an attentive and gentle attitude to his subordinates.”