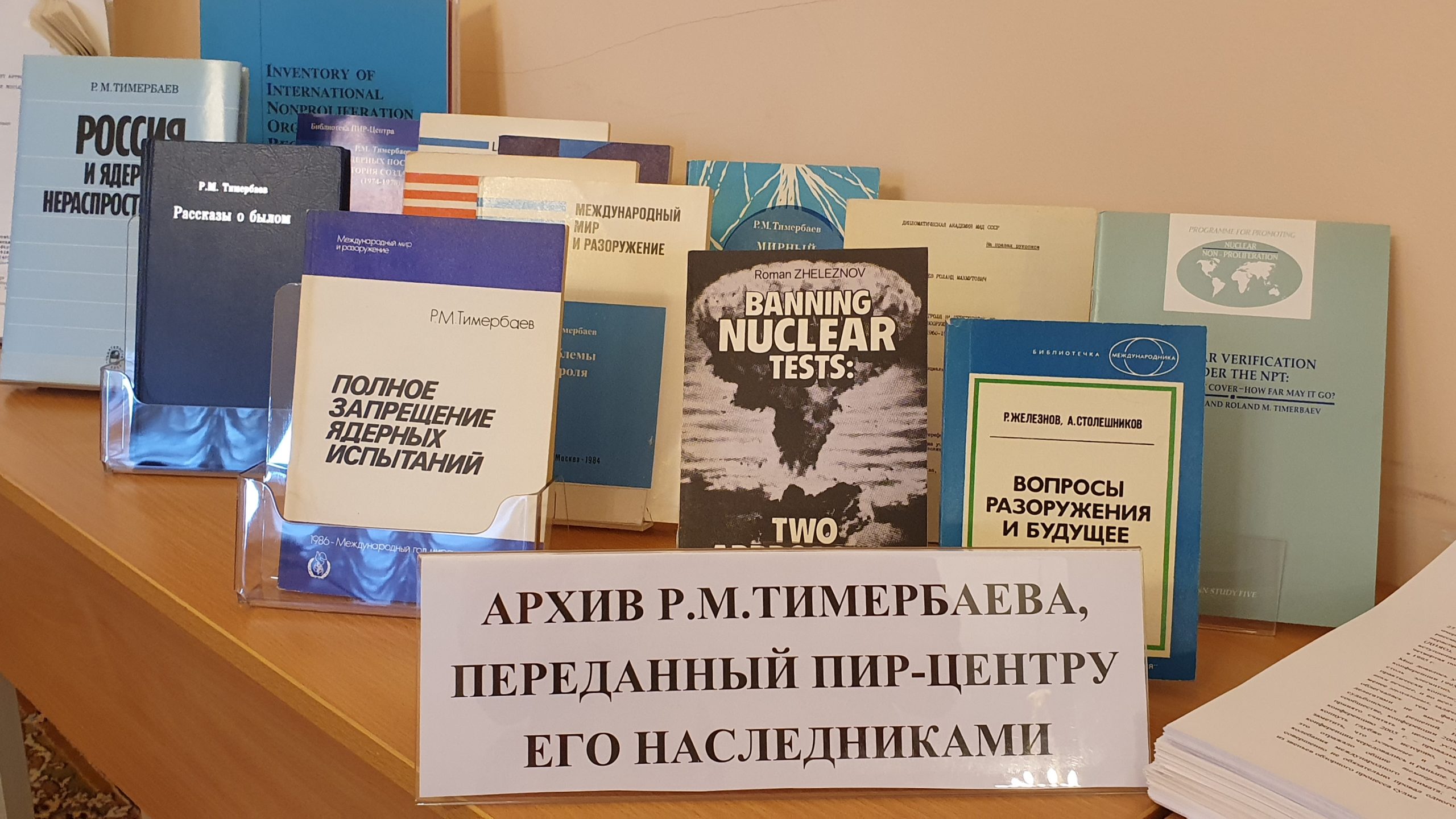 MOSCOW. AUGUST 21, 2021. PIR PRESS. «After some time and due to professional “maturation”, the role of people like Roland Timerbaev in the field of nuclear nonproliferation and, more broadly, in maintaining global security, as well as the true scale of his personality, becomes more and more obvious. And you realize with bitterness how little you knew about one of the authors of the NPT, how many opportunities you missed to just talk and consult, although life gave you, a young specialist of PIR Center, such a wonderful opportunity to get acquainted with a great person who during his lifetime became the embodiment of the heights of Russian diplomacy. It seemed that Ambassador Timerbaev would always be there. But even today his exceptional responsibility, scientific discipline, modesty, and self-irony continue to set a high professional standard for all those who were lucky enough to be in touch with the real legend of nonproliferation», – Anastassia Ponamareva, Head of the Department of European Security at INION RAN, Associate Professor of the Department of International Security at the Faculty of World Politics of Lomonosov Moscow State University, Member of PIR Alumni Community.

Today, PIR Center has crossed the two-year line separating us from Roland Timerbaev, an outstanding diplomat in the field of nonproliferation, a fighter for peace and security, teacher, mentor and friend. Ambassador Extraordinary and Plenipotentiary Roland Timerbaev is a foremost authority and one of the most prominent experts in nuclear nonproliferation and nuclear arms control. Being a founding father of PIR Center, he is acclaimed by the international community as one of the authors of the Treaty on the Nonproliferation of Nuclear Weapons (NPT). During the decades of his professional career, Ambassador Timerbaev actively participated in drafting several key international agreements in the sphere of strategic stability and nuclear nonproliferation, including the Anti-Ballistic Missile Treaty, USSR-US Agreement on the Prevention of Nuclear WAR, the IAEA safeguards system, the Threshold Test Ban Treaty (TTBT), the Peaceful Nuclear Explosions Treaty (PNET).

Exactly two years ago, Roland Timerbaev, the man who was directly involved in PIR Center foundation, passed away but left behind a colossal legacy in his writings, reflections and workbooks dedicated to the topic of WMD nonproliferation and global security. In 2019, the Archive of Ambassador Roland Timerbaev was transferred by the family of the diplomat to PIR Center, and in 2021, PIR Center team completed the basic cycle of work on its systematization. Systematization of the Archive of R.M. Timerbaev was conducted by PIR Center staff members and interns who spoke warmly about the rare opportunity to work with the legacy of the outstanding diplomat. Many of them noted the value and significance of some of the Archive’s materials for contemporary researchers and diplomats. One of the most noteworthy documents is dated March 31, 1981, and titled «Characteristics of Timerbaev» – it’s a Soviet document with a copy from the book of the American diplomat G. Smith, who describes the role of Roland Timerbaev in the first Soviet-American negotiations on the limitation of strategic arms. In the context of contemporary Russian-American relations, a letter to Professor Bill Potter from a Delaware senator named Joseph Biden Jr., dated December 8, 1992, and accompanied with a commentary by Ambassador Timerbaev on December 15, 1992, is of particular interest. However, in the Archive of the nonproliferation colossus, one can find not only documents related to his active work but also deeply personal things, for example, poems by Joseph Brodsky.

Some of the archival materials have already been scanned and will be available for students, researchers and everyone interested in nonproliferation on PIR Center’s new online platform for education and training Nonproliferation.World. At the moment, you can read the biography of Roland Timerbaev, look through photo materials reflecting the stages of his professional activities, watch the short film «Non-proliferation appeal of R.М. Timerbaev» and listen to his interview on the topical issues of the nonproliferation regime in the section of PIR Center website «Roland Timerbaev: Memory Gallery».

PIR Center strives to continue not only the scientific but also the education and training mission that Roland Timerbaev had carried out for many decades, contributing to the active involvement of young people in discussions on the most pressing nonproliferation issues. To this end, an initiative was put forward to hold an annual the Timerbaev Nuclear Debates on the topic of nuclear nonproliferation.

PIR Center Team cherishes the memory and heritage of the wise mentor and honored diplomat and strives to properly promote the ideals and covenants of Roland Timerbaev in the name of peace and security of our country and humanity as a whole!