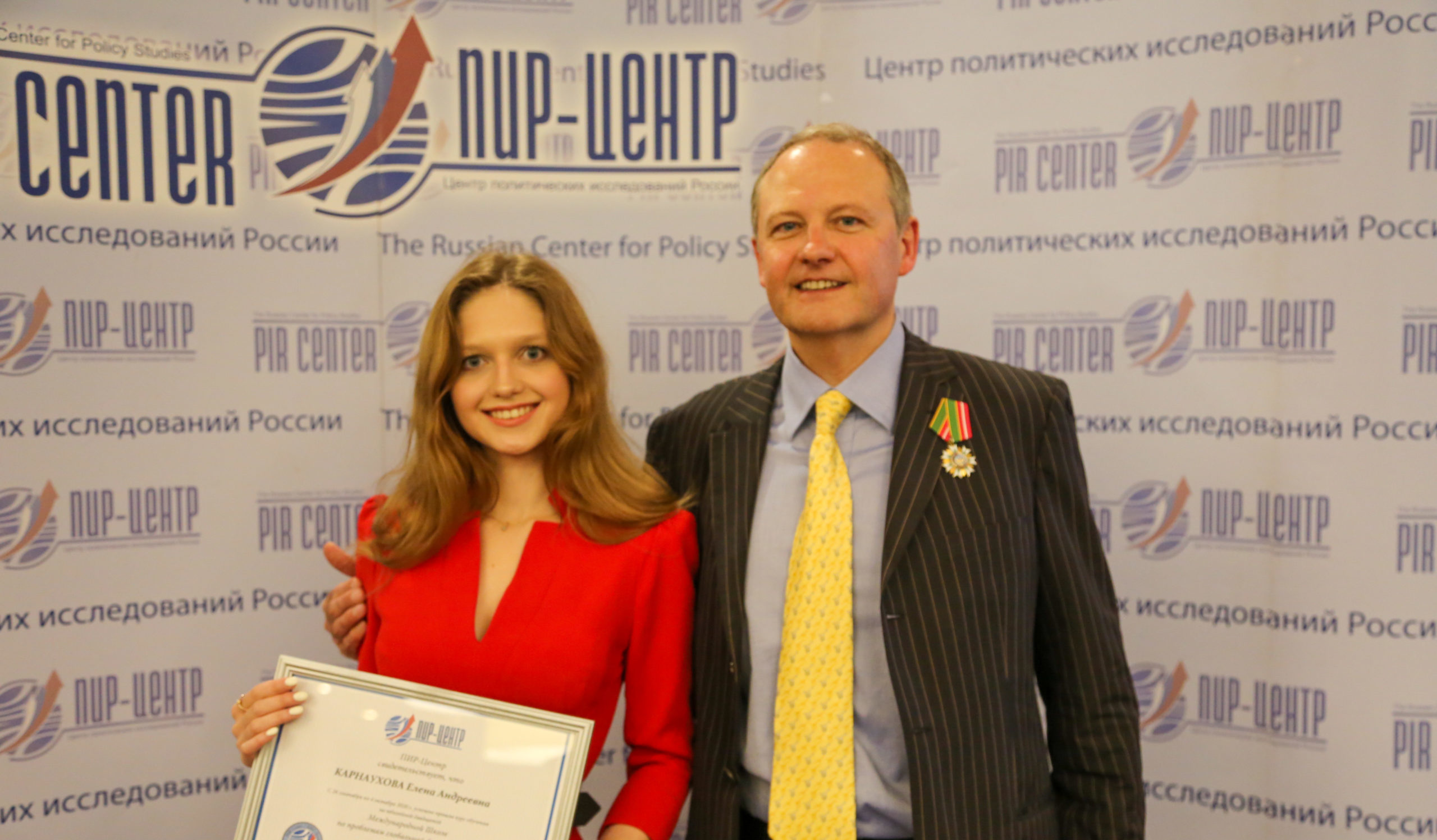 MOSCOW. AUGUST 4, 2022. PIR PRESS. “I am very glad that back in May 2020 I decided to apply for participation in the XX PIR Center International School on Global Security. It was after this event that my entry into the PIR family began, which I am extremely happy to be a part of. I have never seen so much interesting and various work, I could not even imagine that the field of public diplomacy can be so bright, exciting and rich. I hope that the work of our organization in times of global turbulence is not in vain and, regardless of our statuses and positions, we all make at least the slightest contribution to the cause of peace and security, especially in its nuclear dimension”, – Elena Karnaukhova, PIR Center Deputy Director – Education and Training Program Director.

Elena Karnaukhova has been appointed of PIR Center Deputy Director – Education and Training Program Director. In her new position, Elena will be responsible for the strategic development of the organization and will continue to supervise the educational projects of PIR Center, as well as the Advisory Board and the Executive Board of PIR Center and the Trialogue Club International as its executive secretary.

Elena Karnaukhova is the winner of the XX PIR Center International School on Global Security (September 26 – October 4, 2020). Elena’s major is directly related to the work profile of PIR Center: she graduated with honors from the Bachelor’s and Master’s programs at the Faculty of World Politics of Moscow State University named after M.V. Lomonosov in the field of international security (with an emphasis on the nuclear factor in international relations). Currently she is a 2nd year PhD student at the FWP MSU, where she is also engaged in research in the field of nuclear nonproliferation.

She completed internships at the State Duma of the Federal Assembly of the Russian Federation (2015), the Parliamentary Club “Russian Parliamentarian” (2015), the Ministry of Industry and Trade of Russia (2017), twice at the Ministry of Economic Development of Russia (2016, 2018) and the Trade Representation of the Russian Federation in the UK (2017, 2018), JSC “Russian Export Center” (2019). She worked as an analyst to support the international development of the Directorate of the Foreign Network at the Russian Export Center (2020–2021).

Graduate of the School of Authors “School for Scholars – 4”, course “Military-Political Analytics” under the auspices of “Russia in Global Affairs” (2020). Since 2022, she has been a member of the Gorchakov Club and the Meeting Russia Alumni Community.

Congratulations to Elena on her new appointment! Good luck and new achievements!