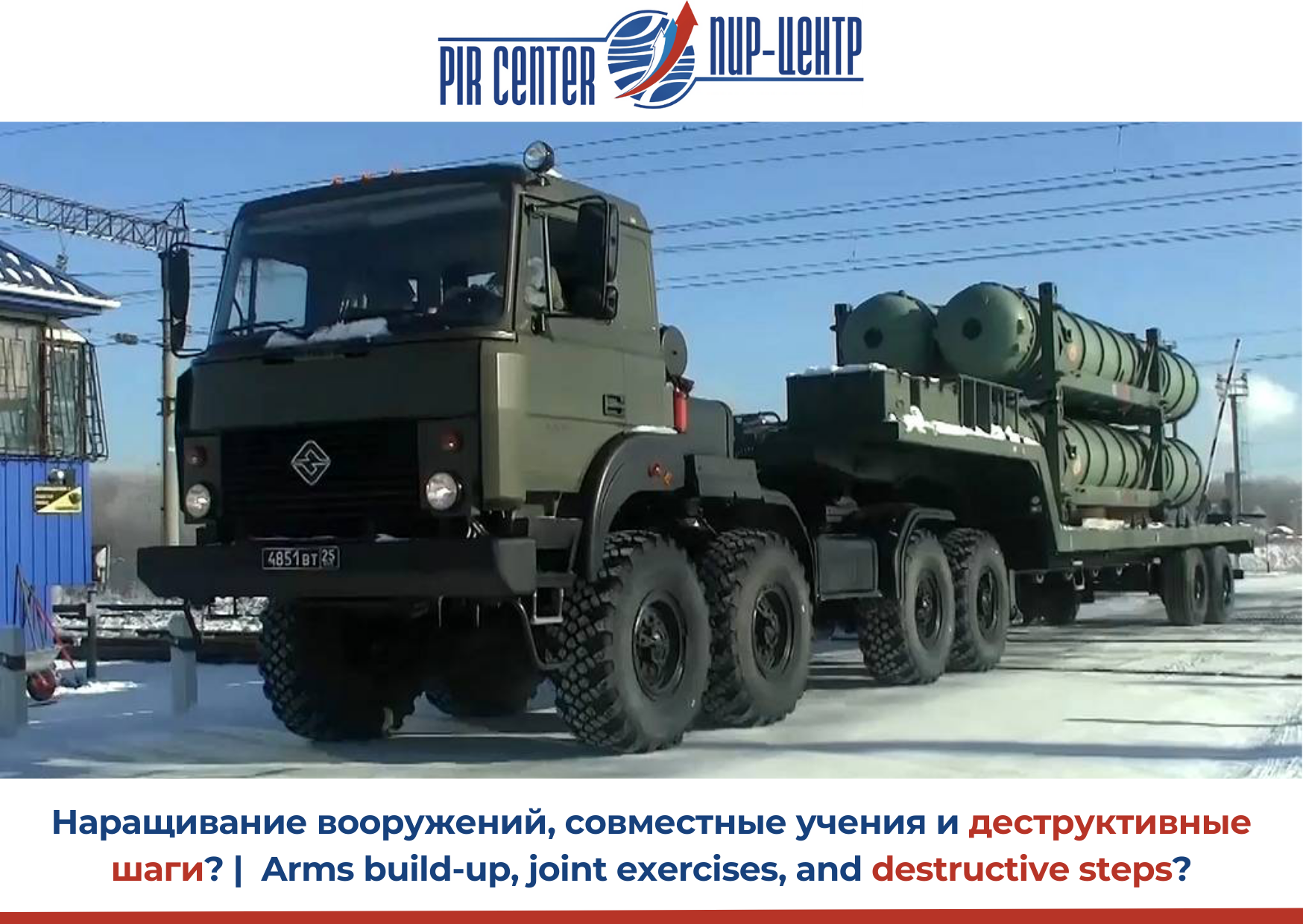 Now everyone is discussing the situation around Ukraine. What has happened in the last two days?

The Russian side makes it clear to American colleagues that the deployment of US troops in Eastern Europe increases tensions. The US said on Wednesday it was sending 1,700 troops from the 82nd Airborne Division to Poland, while a headquarters unit of about 300 from the 18th Airborne Corps will move to Germany and a 1,000-strong armored unit was being transferred from Germany to Romania. The US decision to deploy more than 3,000 US troops in Germany, Poland and Romania is a “destructive step” that makes it harder to reach a compromise over Ukraine, Russia’s deputy foreign minister has said, as Moscow continues to build up its forces.

The US points out that this step is a response to the deployment of troops by Russia, estimated at more than 125,000 troops within reach of the Ukrainian border. Meanwhile, the NATO secretary general, Jens Stoltenberg, said on Thursday thatRussia had been moving 30,000 combat troops and modern weapons to Belarus in recent days, Moscow’s biggest military deployment to the country since the end of the cold war. “S-400 ‘Triumf’ anti-aircraft missile systems of the Eastern Military District’s Air Force and Air Defense Army involved in an inspection of the Union State’s Response Force have arrived in Belarus,” the ministry said.

As it is reported, On Thursday the Turkish president and wildcard of NATO diplomacy, Recep Tayyip Erdoğan, flew to Kyiv to offer himself again in the role of mediator between Ukraine and Russia. Turkey said it will not back down from clinching new defense deals with Ukraine, signing an agreement for the joint production of Turkish drones. “We’re not signing agreements for collaboration to target another country”, Altun told Bloomberg late Wednesday. “The deals we have made and the ones we’ll clinch with Ukraine aren’t directly linked to the current crisis.”