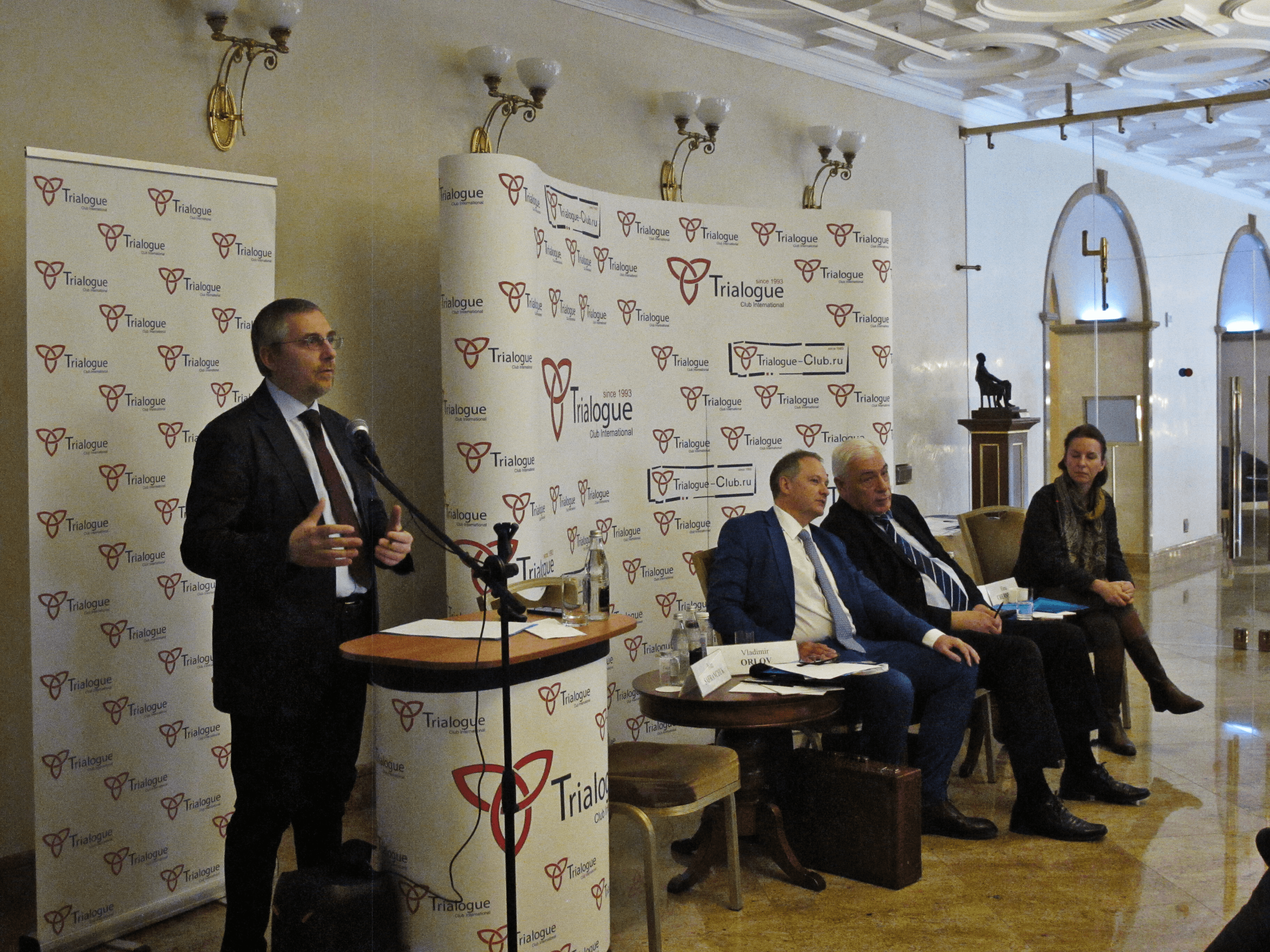 Main PIR Press News At The 111th Session Of The Trialogue Club International, The Current Situation In Afghanistan And Its Significance For Russian Interests Were Discussed
Status: Open

At The 111th Session Of The Trialogue Club International, The Current Situation In Afghanistan And Its Significance For Russian Interests Were Discussed

MOSCOW, OCTOBER 20, 2021. PIR PRESS. «The rise of the Taliban as an independent force to power should reduce the influence of foreign players on strategic decisions concerning Afghanistan’s foreign and domestic policies. This can lead to the movement towards international neutrality and autonomy or the revival of the buffer role of Afghanistan in the region. The Taliban’s expansionist aspirations with regard to Central Asia and Pashtun territories in Pakistan won’t be disturbing if this regime concentrates exclusively on national tasks. That is why Russia de-facto supported the new regime in Afghanistan. This is a rather consistent step within the Russian concept of a polycentric world order. From this perspective, Afghanistan could transform into the arena of traditional rivalry between the great powers or into the neutral state equidistant from the centers of global confrontation», – Ivan Safranchuk, Member of PIR Center Advisory Board, Director of the Center of Euro-Asian Studies, Institute for International Studies, MGIMO University.

On October 5, the 111th Autumn Session of the Trialogue Club International took place at the Radisson Collection Hotel – historic hotel “Ukraina”. It was dedicated to the topic “Afghanistan under Taliban: Russia’s Interests, Alliances, and Calculations. A Thin Bridge between Threats and Opportunities”. The Autumn Session was held in a traditional face-to-face format in compliance with the necessary epidemiological standards. The Session was attended by representatives of foreign diplomatic missions, international organizations, and leading experts in the field of international relations and global security.

Vladimir Orlov, President and Founder of the Trialogue Club International, Director of PIR Center, addressed the participants of the 111th Session with an opening statement. He noted: “Since 1993, the Trialogue Club International has come a long way to its 111th Session. This is not the first time our discussion has been devoted to the situation in Afghanistan. What is happening in this country now is one of the urgent and acute issues on which the formation of Russian foreign policy in the southern direction largely depends. This situation directly affects the interests of our allies in Central Asia”. The Session was moderated by the Co-Chairs of the Club, namely Ph.D. Military Sciences Evgeny Buzhinsky, Chairman of the Executive Board, Lieutenant-General (Retired), and Ph.D. in History Elena Chernenko, Special Correspondent, Kommersant Publishing House.

Ivan Safranchuk, PIR Center Advisory Board member, Director of the Center of Euro-Asian Studies, Institute for International Studies, MGIMO University, was a keynote speaker of the Session. He provided his expert assessment of the current situation in Afghanistan and of the prospects for development in terms of a balance of opportunities and threats for Russia and other key stakeholders in the region. The report was followed by a question-and-answer exchange session, which was attended by full members of the Trialogue Club International and special guests of the Club President.

All meetings of the Trialogue Club International are held under the Chatham House rule so there is no opportunity to disclose the views and assessments of the speakers and all the participants. The meeting materials are available to the Club’s members on our website with the use of a special password for members only.

The meeting also announced the launch of a new website of the Trialogue Club International. Its users will now be able to find on it the history of the Club and the latest news from its life, information about membership in the Club and all the privileges for those who joined it. Club members will now have access to the materials of past meetings and the latest issues of scientific and analytical notes from the Security Index Occasional Paper Series (under password protection). Information on access to them will be sent by the Club’s Secretariat to its members in accordance with the established procedure.

The next session of the Club will be held in November.

If you need any further information about the Trialogue Club International, fees, terms, and conditions of membership, please contact the Club’s Executive Secretary Elena Karnaukhova by phone: +7 (916) 170 03 07 or email: secretary@trialogue-club.ru