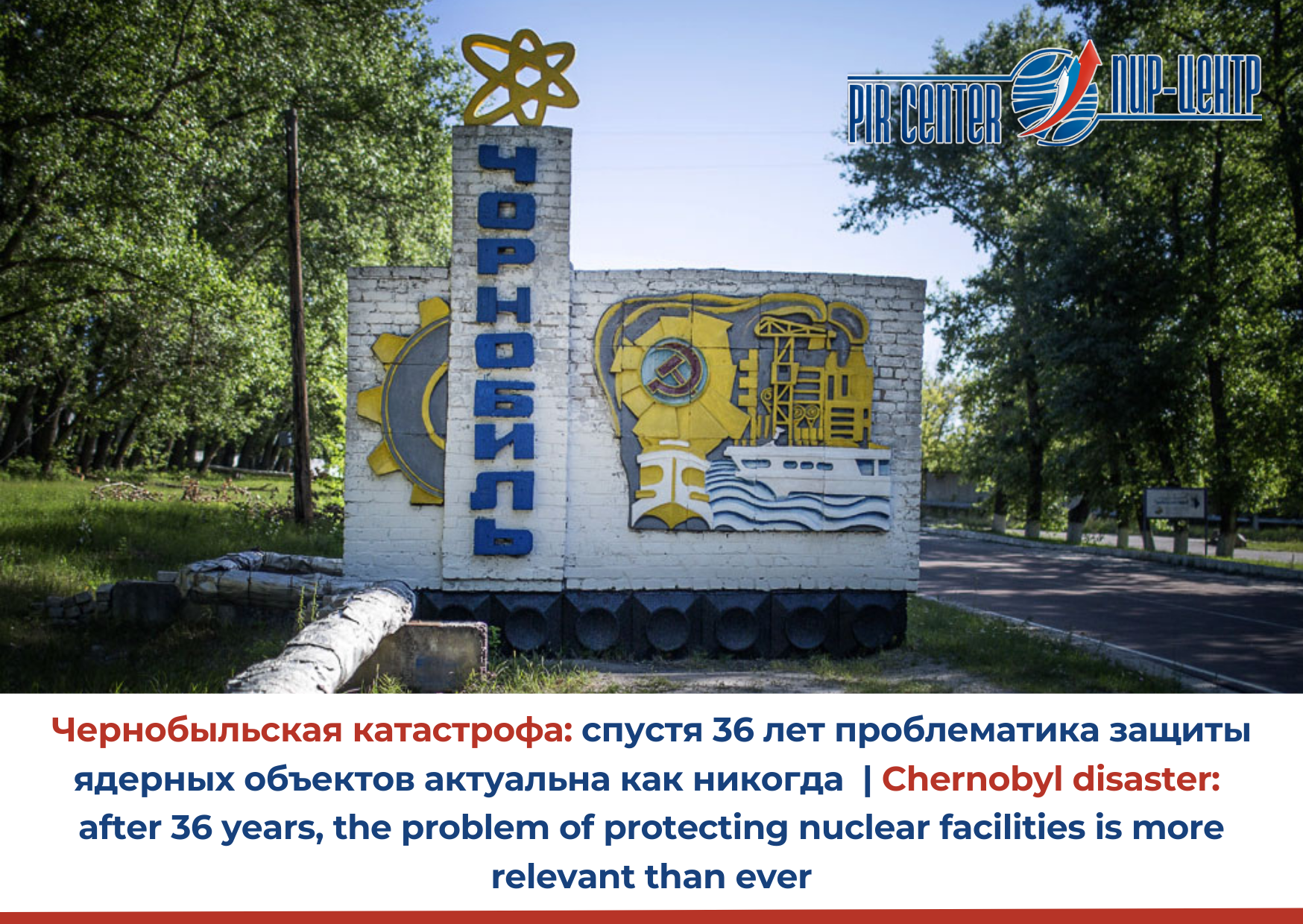 Chernobyl Disaster: After 36 Years, The Problem Of Protecting Nuclear Facilities Is More Relevant Than Ever

MOSCOW. APRIL 26, 2022. “The whole complex of ensuring nuclear safety at the Chernobyl NPP is a unique and largest project – a shelter, nuclear waste storage facilities, etc. Everything is securely hidden. Nuclear safety is carried out at the proper level by the Ukrainian supervisory authorities and the IAEA. Regarding the additional equipment recently requested by Ukraine from the IAEA, it is normal practice, working cameras, sensors, etc., it’s necessary to ensure work on nuclear safety at the highest level,” – Aleksey Ubeev, Member of the PIR Center Advisory Board, a participant in the elimination of the consequences of the Chernobyl disaster.

Today, April 26, is the Day of remembrance of the victims of the Chernobyl disaster. On the night of April 26, 1986, the turbogenerator was tested at the fourth power unit. It was assumed that the reactor would be stopped, and the generator indicators would be measured. But it was not possible to safely shut down the reactor: at 01:23 (Moscow time) an explosion occurred, and a fire broke out. This emergency is the largest disaster in the history of nuclear energy. The reactor core was destroyed and the power unit building partially collapsed. A significant release of radioactive materials into the environment was also recorded. The intense fire at the Chernobyl nuclear power plant lasted 10 days.

According to various sources, from several thousand to 100 thousand people died at the Chernobyl nuclear power plant. About 8.4 million people in Russia, Ukraine and Belarus received one or another dose of radiation. 134 liquidators received fatal radiation sickness, in total, about 600 thousand people were engaged in eliminating the consequences of the emergency.

Now the problem of Chernobyl is felt especially acutely precisely because, in connection with the ongoing conflict in Ukraine, the radiation threat has again become not hypothetical, but real. However, in order not to repeat past mistakes, on the anniversary of the accident, the IAEA specialists intend to deliver equipment to Chernobyl, conduct radiological measurements and restore monitoring systems. The group will be headed by the General Director of the organization, Rafael Grossi. It is reported that now the situation at the Chernobyl nuclear power plant, fortunately, does not pose a danger, the stopped reactors and spent nuclear fuel stored at the station are under the control of specialists.

Here are some facts that are important to know today:

Since 1986, UN organizations and major NGOs and foundations have implemented over 230 different projects related to research and assistance in the following areas: healthcare, nuclear safety, socio-psychological rehabilitation, economic recovery, environment and clean food production and information.

The Soviet government recognized the need for international assistance only in 1990. The same year, the General Assembly adopted resolution 45/190, calling for “international cooperation in mitigating and overcoming the consequences of the Chernobyl Nuclear Power Plant”.

In 1991, the Chernobyl Trust Fund was established to facilitate the mobilization of financial contributions. Today it is managed by the Office for the Coordination of Humanitarian Affairs.

In 2002, the United Nations announced that the strategy would be revised to focus on long-term development activities rather than emergency humanitarian assistance.

The tragedy subsequently became one of the main “lessons of life safety ensuring” and gave impulse to the actualization of many issues that are still studied in medicine, nuclear and atomic energy, international security and other areas.

What else you can read in the PIR Center on this topic: