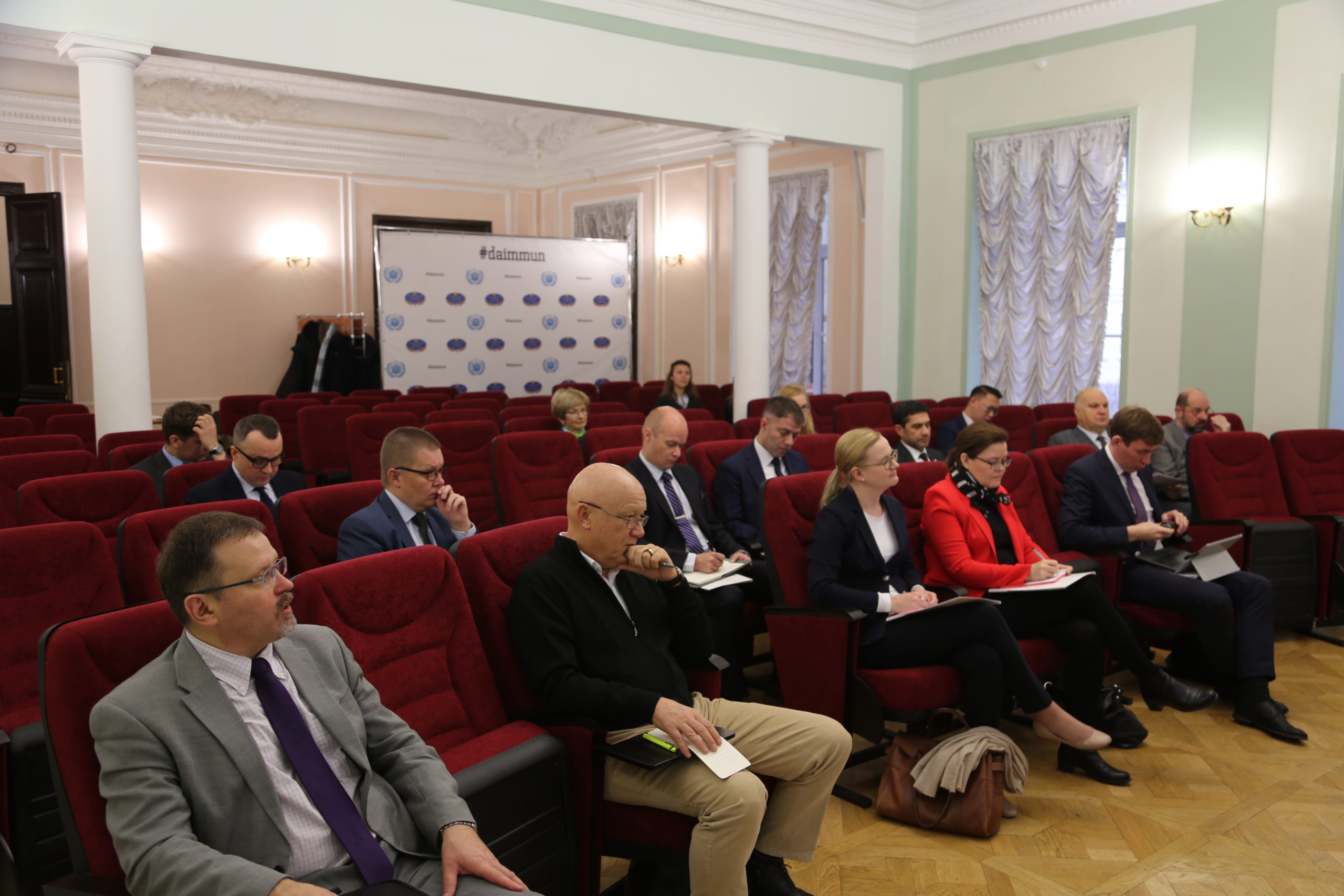 MOSCOW, NOVEMBER 18, 2019. PIR PRESS. – “The model of European security today does not work even for Europe, and moreover does not serve as an example for others”, – Alexey Gromyko, Director of the Institute of Europe of the Russian Academy of Sciences (RAS).

On November 6, 2019, at the Institute of Contemporary International Studies, Diplomatic Academy of the Russian Foreign Ministry hosted a meeting of the Trialogue Club International.  The topic of the meeting was “The Future of European Security. Does European Security Model Work for Other Regions?”. The keynote speaker was Alexey Gromyko, Director of the Institute of Europe of the Russian Academy of Sciences. Director of the PIR Center Vladimir Orlov and Chairman of the Trialogue Club International Evgeny Buzhinsky also addressed the audience. The seminar was attended by research fellows of the Diplomatic Academy, PIR Center, diplomats from Finland, Austria, Italy, Romania, Germany, Malaysia, as well as representatives of the International Committee of the Red Cross and other experts.

The main part of Alexey Gromyko’s speech was devoted to the issue of the effectiveness of existing security mechanisms, the importance of Europe in shaping the global security agenda, the role of neutral countries in the development of the European security system, as well as the applicability of European security model to other regions. The expert began his speech with the thesis that “the model of European security today does not work even for Europe, and moreover does not serve as an example for others”. Alexey Gromyko described the situation that we currently observe in the international arena: “the situation today is the worst since the Cold War; the United States and the Soviet Union identified a system of strategic stability, but today it is completely worn out”. Elaborating on the matter, the expert noted that the extension of the New START Treaty or its replacement at present time seems impossible due to Washington’s nihilistic approach. The expert also drew attention of the audience to the fact that the Open Skies Treaty is under threat, and the NPT may become the next victim of such a categorical US position.

If the order during the Cold War was easily understandable and determined by the confrontation of the two powers, now we are witnessing absolute uncertainty in the system of international relations. Five or even six states can be assigned the role of key stakeholders on the world stage, and the main one that has recently received such status is China, which is approaching to become the second military power in the world after the United States. Alexey Gromyko noted that the European Union, being a very strong player in economic terms, is passive in terms of strategic stability, and not only weakly reacts to US behavior in terms of withdrawing from the treaties, but even repeats the arguments of the United States covering such behavior, blaming Russia and China in all sins. Alexey Gromyko believes that the US withdrawal from the INF Treaty was a movement against China, but this has no intention of participating in new arms control negotiations. According to the expert, there is hope that European politicians will support Russia’s intentions to preserve the remnants of the arms control system in Europe and extend New START Treaty.

Director of the PIR Center Vladimir Orlov also spoke at the meeting and presented three proposed scenarios for the NPT future. The first is that on the 50th anniversary of the NPT, the United States and Russia will adopt a joint statement confirming their commitment to the principles of the Treaty, as well as their denial of nuclear war. According to the second scenario, dialogue between Russia and the United States is no longer possible without China, which, however, is not ready to join this process. As a result, this option is impossible at least in the next ten years. In the third scenario, the United States does not show interest in coordinating its positions with Russia, withdrew from the INF Treaty, and casts doubt on the few still existing arms controls treaties. It is the third scenario, in his opinion, that currently threatens to become a reality.

If you need any further information about the Trialogue Club International and its partners, please contact the Club Secretary Vlada Demina by phone: +7 (985) 764-98-96 or email: [email protected]