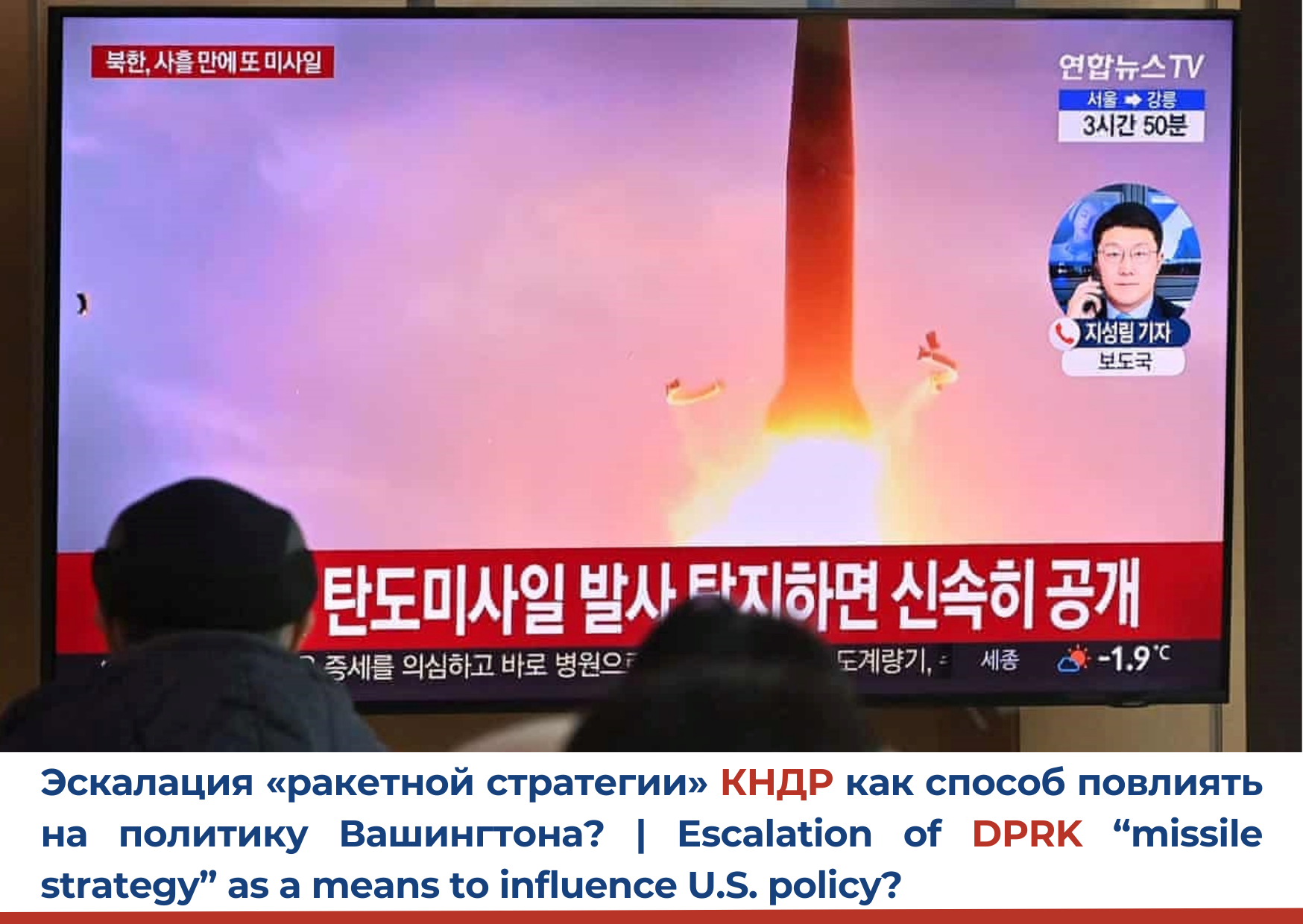 Escalation Of North Korea’s “Missile Strategy” As A Means To Influence U.S. Policy?

On Monday, January 31, it was confirmed the DPRK launched the Hwasong-12 ballistic missile the day before. The missile can reportedly carry a large-size heavy nuclear warhead and has a range of about 4,500 km. The launch of the rocket sparked the fears that Pyongyang may abandon the unilateral moratorium on missile tests (long-range and nuclear missiles). According to Kim Jong Un, he no longer considers himself bound by the moratorium due to the ongoing “hostile policies” of the US and its allies.

At the same time, Pyongyang officials stated earlier in January that the tests were conducted for self-defense and not directed towards any country. Moreover, Hwaseong-12 was launched on a high trajectory – so as to avoid the territorial spaces of neighbors. Since the beginning of 2022, the DPRK has tested tactical guided missiles, a hypersonic glider, a combat railway missile system, and now a ballistic missile.

In the context of a series of missile tests last week, experts learned that Pyongyang apparently had not abandoned its Punggye-ri Nuclear Test Facility, partially sealed in 2018. Satellite images from mid-January show traces of vehicle movements, road maintenance, and a security presence around the site. Although there is no direct evidence today that work is underway in Pyongyang to reconstruct the facility, it appears to maintain the site for possible future use.

It seems that a series of missile tests (together with Kim Jong-un’s speech at the January meeting of the Politburo of the WPK Central Committee) serves both domestic and foreign policy goals. On the one hand, the DPRK demonstrates military power to strengthen the position of the ruling elite within the country. Moreover, by creating international tensions around its nuclear program, Pyongyang can distract its population from domestic political problems and legitimize additional military funding. On the other hand, North Korea is apparently trying to attract the attention of the United States, seeking to influence Washington’s policy.

In turn, representatives of the Republic of Korea are watching the tests with concern: “North Korea’s series of missile tests, including IRBMs, pose a grave threat to international peace and stability”. Korean Minister of Defense Seo Wook added that the country’s “troops must maintain a thorough readiness position against any situations”. Nobuo Kishi, Japan’s defense minister, also stressed that North Korea was escalation provocations of the international community and that its “remarkable improvements cannot be tolerated”.

Representatives of the United States noted that Washington remained committed to the idea of complete denuclearization of the Korean Peninsula as well as to diplomatic ways of resolving the conflict. On Sunday, January 30, upon receiving preliminary information about North Korea’s test of a ballistic missile, the United States sent a direct appeal to Pyongyang to resume direct talks “without any preconditions regarding the DPRK’s nuclear and missile programs”. “What happened requires our response,” Washington said. “We will take steps to show our commitments to our allies while calling on the DPRK to return to the negotiating table. We stand ready and are serious about discussing concerns from both sides”.