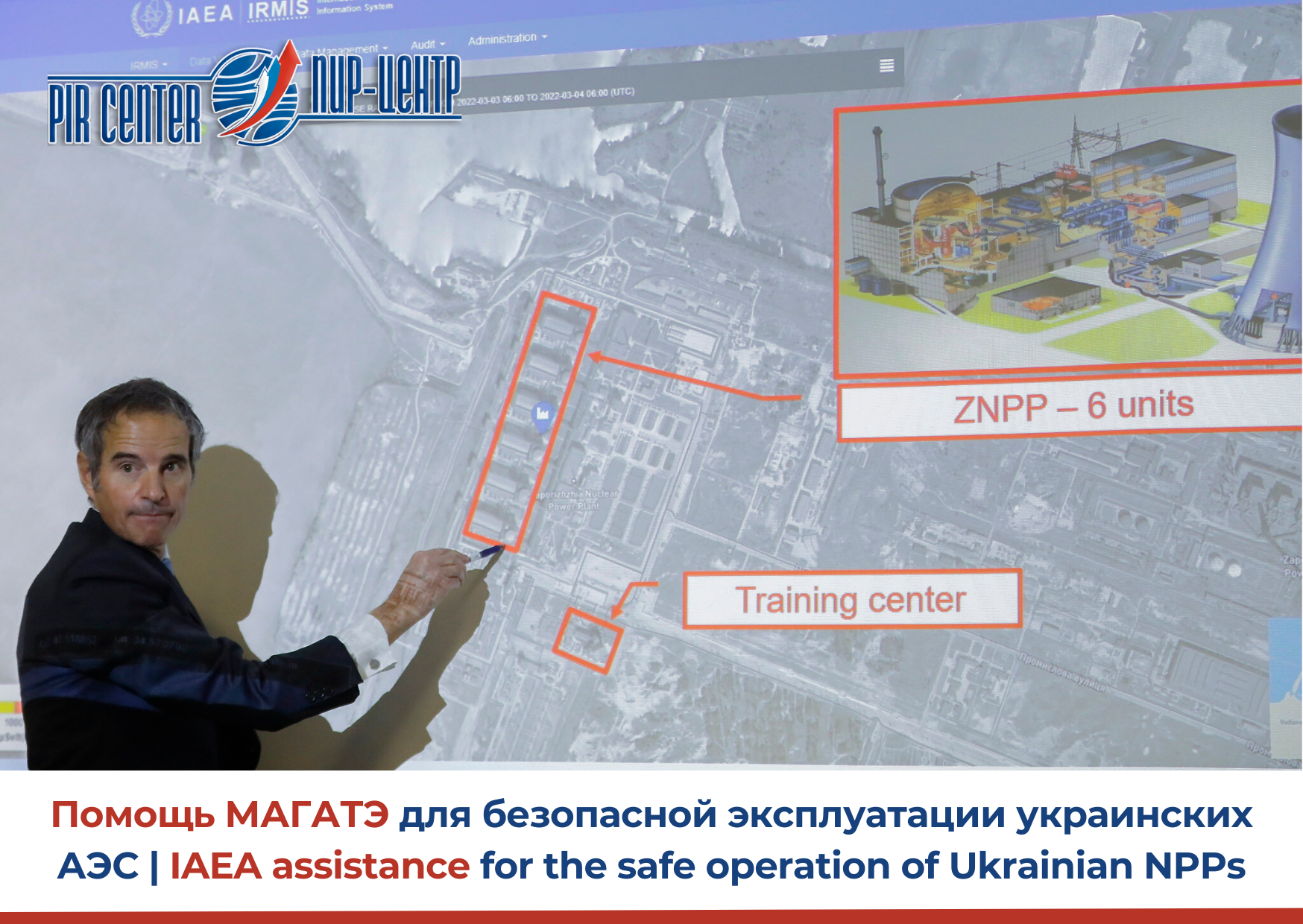 IAEA Assistance For The Safe Operation Of Ukrainian NPPS

Ukrainian nuclear power plants, despite a number of incidents that have occurred since the beginning of the conflict, continue to operate normally. However, the Ukrainian side, due to the emergency of the situation, is in dire need of external assistance for its nuclear sector, primarily of equipment necessary for the safe operation of facilities.

On Saturday, according to IAEA Director General Rafael Grossi, it became known that on April 22, Ukraine handed over to the Agency a complete list of the equipment it needs. The list has been shared through the Unified System for Information Exchange in Incidents and Emergencies (USIE) and the response to the Ukrainian request will be coordinated through the common mechanism of the Response and Assistance Network (RANET).

The list sent by Ukraine includes a range of equipment for various nuclear facilities, among which there are radiation measuring instruments, shielding materials, computer equipment, power supply systems and diesel generators. Rafael Grossi has already stated that the IAEA has the technical expertise needed to assist Ukraine, and that both the agency and its member states are ready to provide it.

Part of the necessary equipment was handed over by IAEA to Ukraine back in March, when the director general visited the South Ukrainian NPP. The next batch is expected to be handed over to Kyiv during Grossi’s visit to the Chernobyl nuclear power plant on April 26.

In addition, it is reported that at the Chernobyl nuclear power plant on April 19 there was a third change of personnel since the start of the operation. The Ukrainian side promised that the rotation will now take place regularly and in accordance with the plan.

The IAEA also reported that it still does not receive information from the monitoring systems installed at the Chernobyl nuclear power plant. Such data from all other stations, however, was being transferred to the agency without incident.

What to read from PIR Center:

2) Comments by Igor Vishnevetsky, Deputy Director of the Department for Nonproliferation and Arms Control of the Russian Foreign Ministry, on the situation around the Chernobyl and Zaporizhzhia NPPs.

3) Ukrainian NPPs: is there a reason for concern?