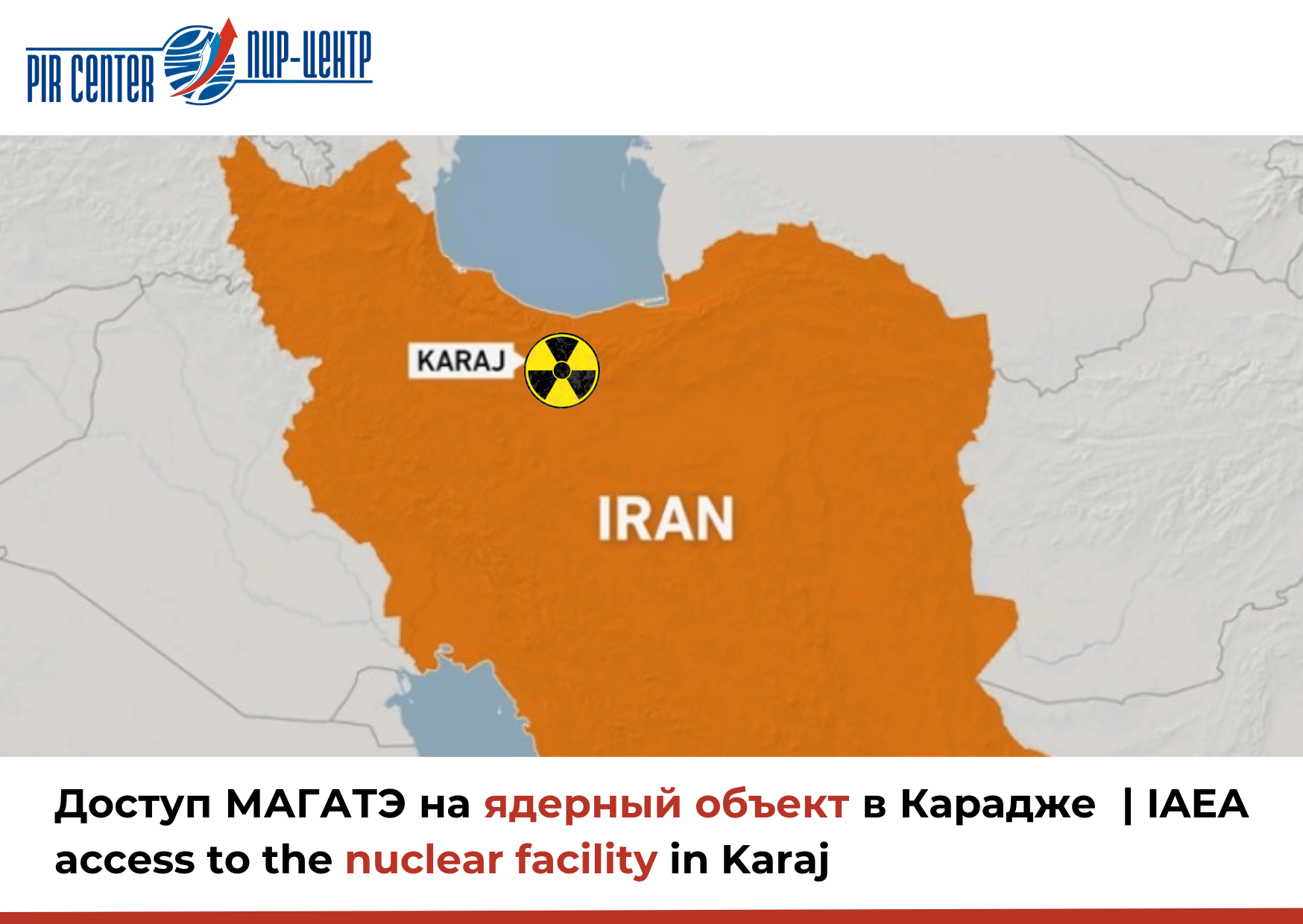 On Wednesday, December 15, after several months of negotiations, IAEA Director General Rafael Grossi and the head of the Iranian Atomic Energy Organization, Mohammad Eslami, reached an agreement that ensured the Agency would have access to the nuclear facility in Karaj (a centrifuge component manufacturing workshop) to replace its surveillance cameras. The parties pledged to “continue to work on remaining outstanding safeguards issues with the aim of resolving them.” On December 19, the IAEA will provide a sample camera to Tehran for examination (under the supervision of the Agency experts) by Iranian security and judiciary experts. By the end of December, it is planned to re-install all surveillance cameras in Karaj.

There is no confirmed information on whether the Karaj complex is operational again, but Grossi notes there is reason to believe the centrifuges recently installed at the underground nuclear facility in Fordow were produced at the facility in Karaj. Commenting on the agreement reached, the IAEA Director General also noted that it would allow the Agency to resume the necessary “continuity of knowledge on this facility”, which is important for the continuation of the deadlocked negotiations on the restoration of the JCPOA. In view of Iran’s intransigence, the American delegation threatened to confront Iran at the IAEA’s Board of Governors for a vote of censure. At the last minute, Tehran agreed to the above-mentioned agreement with the Agency.

At the same time, Iran continues to block access to the recordings on surveillance cameras previously accessed at Karaj. In addition, IAEA inspectors cannot access cameras at other nuclear sites to replace memory cards. In February this year, Iran announced the termination of its obligations under the Additional Protocol (in accordance with the provisions of the JCPOA), and in June the situation in Karaj also got out of international control. One of the four surveillance cameras was destroyed because of an attack on this nuclear facility. At that time, only three of the four cameras were handed over to Agency inspectors; the destroyed camera’s data storage device was not included. The problem of lack of access to data from the camera is omitted in the IAEA’s agreement with Iran made on Wednesday, but Rafael Grossi hopes Tehran will provide answers to explain the strange situation. “We have doubts about the loss of the recording, so we are addressing the Iranian side with the question of where this recording is,” Grossi added.

The issue of access to surveillance cameras is directly related to the JCPOA negotiations, where no agreement has yet been reached. The Iranian delegation appears to be using this issue as a bargaining chip: the cameras continued to record throughout the entire time, but access to the recordings will only be granted provided that the United States lifts all sanctions against Iran. Iran’s tough stance and lack of full information about Iran’s nuclear program complicate the negotiation process, European participants in Vienna note. In a joint statement by the European troika on December 14, their delegations called on Iran to alter its stance. “The ongoing nuclear escalation undermines international peace and security and the nuclear non-proliferation regime,” the statement went. “Continued nuclear escalation by Iran means we are reaching the end of the road.”