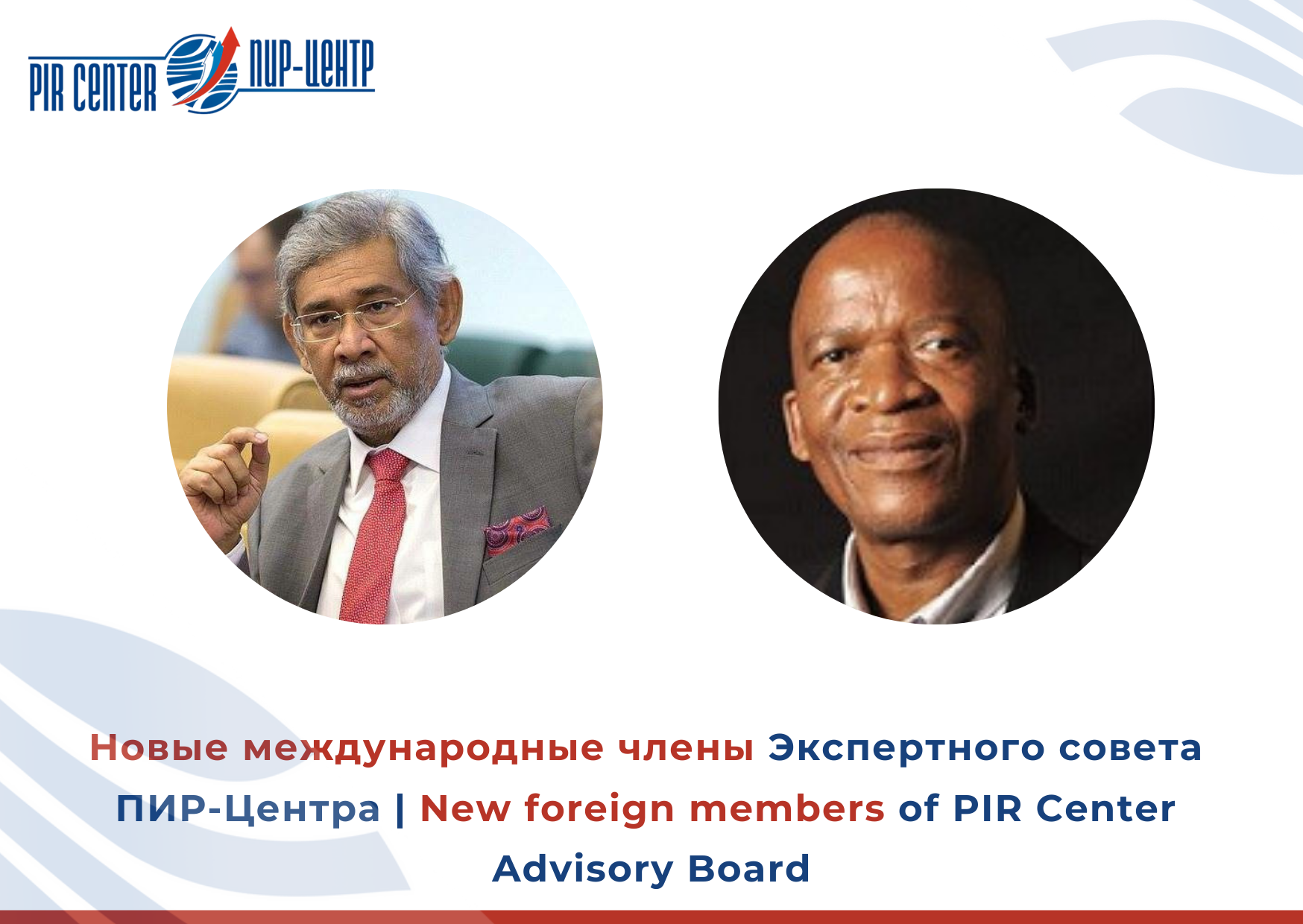 MOSCOW. MAY 31, 2022. PIR PRESS. “Every day I am inspired by the fact that PIR Center is involved in global processes, and for me as a young specialist it is important to stay in such a serious professional environment and an active working atmosphere.  On the site of PIR Center, you can meet many talented, creative people, experienced and novice experts who know how to conduct their business in a coordinated and organized manner. Already now I am clearly aware of the benefits I am receiving from my internship (in administrative, research, information and analytical areas) and what benefits, I hope, I bring to the PIR Center team in return”, – Anastasia Kulikova, an intern, an assistant to PIR Center Education & Training Program Coordinator.

The result of the first trimester of 2022 for PIR Center was the international expansion of the PIR Alumni Community. Thus, the PIR Center Advisory Board was joined by Dayan Jayatilleka, the former Ambassador Extraordinary and Plenipotentiary of Sri Lanka to the Russian Federation (2018-2020) and now a columnist of the business newspaper “Daily FT” and Sehlare Makgetlaneng, a visiting professor at the School of Public Studies of Northwestern University and researcher at the University of Limpopo, South Africa.

Dayan Jayatilleka is a Sri Lankan statesman and diplomat. Previously, he was Sri Lanka’s Ambassador Extraordinary and Plenipotentiary to the Russian Federation (2018-2020), Ambassador Extraordinary and Plenipotentiary of Sri Lanka to France, accredited to Spain and Portugal, and Permanent Delegate of Sri Lanka to UNESCO, Paris (2011-2013). In 2007-2009.  Dayan Jayatilleka was also a Permanent Representative-Ambassador of the Democratic Socialist Republic of Sri Lanka to the United Nations at Geneva and other International Organizations (2007-2009).  He was elected Chairman of the Governing body of the ILO (2007-2008) and Vice President of the United Nations Human Rights Council (2007-2008). Ambassador Jayatilleka served as Chairman-Rapporteur of the UN Human Rights Council’s Inter-Governmental Working Group on the effective implementation of the Durban Declaration and Program of Action of the UN World Conference against Racism, Racial Discrimination, and Xenophobia and Related Intolerance. He was also Coordinator of Agenda Item on “General and Comprehensive Nuclear Disarmament” of the UN Conference on Disarmament, and Coordinator of Asian Group, UNCTAD (2009). Currently, Dayan Jayatilleka is a Senior Advisor on International Relations to the Leader of the Opposition and Daily FT Columnist (Colombo, Sri Lanka) as well.

As part of the first trimester of 2022, the PIR Center intern pool has also expanded. In February-March 2022, young experts in the field of nuclear nonproliferation, disarmament and global security began their internships at PIR Center.

2nd-year master’s student in European Union Studies, Tomsk State University, Alexander Gorbachev was invited for internship through the PIR Center Information & Publications Program. “PIR Center is a place where synergy is created from the constant interaction of real professionals. During my internship, I learn a lot from them. I think my development as an international practitioner was divided into “before” and “after” during the internship at PIR Center,” – Alexander Gorbachev shares his impressions.

Aleksey Yurk, a postgraduate student at the Faculty of International Relations at St. Petersburg University, has become an intern at the PIR Center Nuclear Nonproliferation & Russia Program. Alexey is currently working on a research project on the creation of a free weapons zone in Central and Eastern Europe. “Uncommon problems have always seemed to me far from my scientific interests, and to the same discovery. However, when I came for an internship at PIR Center, I realized that, despite all the diversity (where could it be without it), this is an incredibly fascinating and exciting area of international relations. In addition, the internship gave me the opportunity to practically gain the skills of working in a real research center, broaden my horizons, my scientific expertise, and personally communicate with those experts and practitioners, about meeting with a counter before I could only dream of!”, – notes Alexey Yurk.

Intern experience at PIR Center was also received by Ekaterina Volynskaya, a 4th-year bachelor’s degree student in the specialty “Foreign regional studies” (profile: “Asian studies”) of the Novosibirsk State Technical University. Ekaterina prepared informational and research notes on the situation on the Korean Peninsula, which were published on the PIR Center website and Nezavisimoye Voyennoye Obozreniye (NVO). Ekaterina was also involved in the work of the Information & Publications Program and the Trialogue Club International.

PIR Center is pleased that PIR Alumni Community has been joined by bright, creative, talented people. We look forward to meeting those who will join our ranks in the near future.

For all questions related to the PIR Center Advisory Board and PIR Alumni Community, you can contact Elena Karnaukhova, PIR Center Education & Training Program Coordinator, at [email protected]