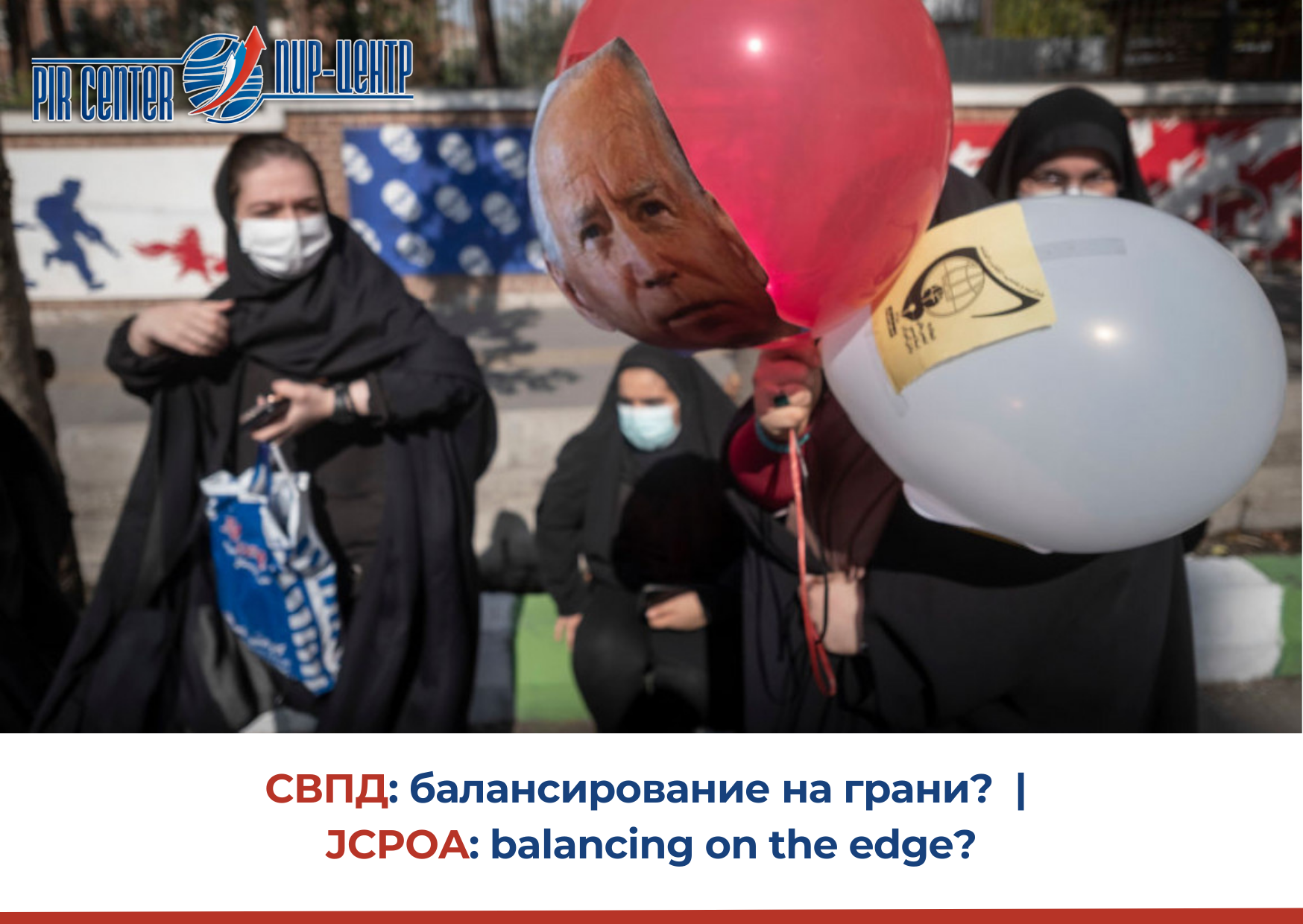 JCPOA: Balancing On The Edge?

Diplomats and experts increasingly agree that the Iranian nuclear deal can be resumed in the nearest future, although back in early March it seemed that the prospects for restoring the JCPOA were very vague.

On March 5, Russian Foreign Minister Sergei Lavrov said that Russia demanded written guarantees from the United States that the sanctions connected with the Ukrainian events would not affect its cooperation with Iran once the nuclear deal is restored. The media reported that Moscow’s position irritated both Tehran and Washington, since the deal was already as close to completion as possible, and new conditions could torpedo the entire negotiation process. Western diplomats began to discuss how the deal could be renegotiated, bypassing Russia.

Then, on March 10, the head of Iranian diplomacy, Hossein Amir Abdollahian, said that the United States put forward a number of new conditions for a return to the JCPOA. According to Abdollahian, these maximalist demands have no logical justification and contradict U.S. statements about the intention to renegotiate the deal as soon as possible.

On the night of March 13, another unexpected event occurred. A missile attack was carried out from the territory of Iran on Israeli Mossad facilities, allegedly located in the immediate vicinity of the U.S. consulate in Erbil, the capital of Iraqi Kurdistan. In a conversation with Iraqi Prime Minister Mustafa al–Kazimi, US Secretary of State Anthony Blinken called for holding Iran accountable.

However, the situation began to improve very soon. On March 15, Sergei Lavrov met with Hossein Abdollahian. As a result, the head of the Russian Foreign Ministry said that Moscow received the required guarantees from the United States, and his Iranian counterpart confirmed that Russia does not create any obstacles to the negotiations on the JCPOA, which are in no way connected with the situation in Ukraine. Following this, Hossein Abdollahian spoke with Chinese Foreign Minister Wang Yi, who expressed support for Iran at the talks in Vienna.

The next day, it became known that Iran had released the two detained Iranians, who also have British citizenship, and the UK returned the debt of 400 million pounds to Tehran. Tehran said that these two events are not connected, although this looks like another step towards the restoration of the JCPOA.

Finally, on March 17, Axios reported that the United States was considering removing the Islamic Revolutionary Guard Corps (IRGC) from the list of terrorist organizations in exchange for a commitment from Tehran to move towards de-escalation in the region. According to the publication, the decision, again, has nothing to do with the negotiations in Vienna, but this issue remained one of the stumbling blocks in relations between Iran and the United States.

Read more about it in the Security Index Occasional Paper Series report “Russia and Iranian nuclear program: what steps are to be made to secure nonproliferation core principles and values?” by Darya Kheyrie.