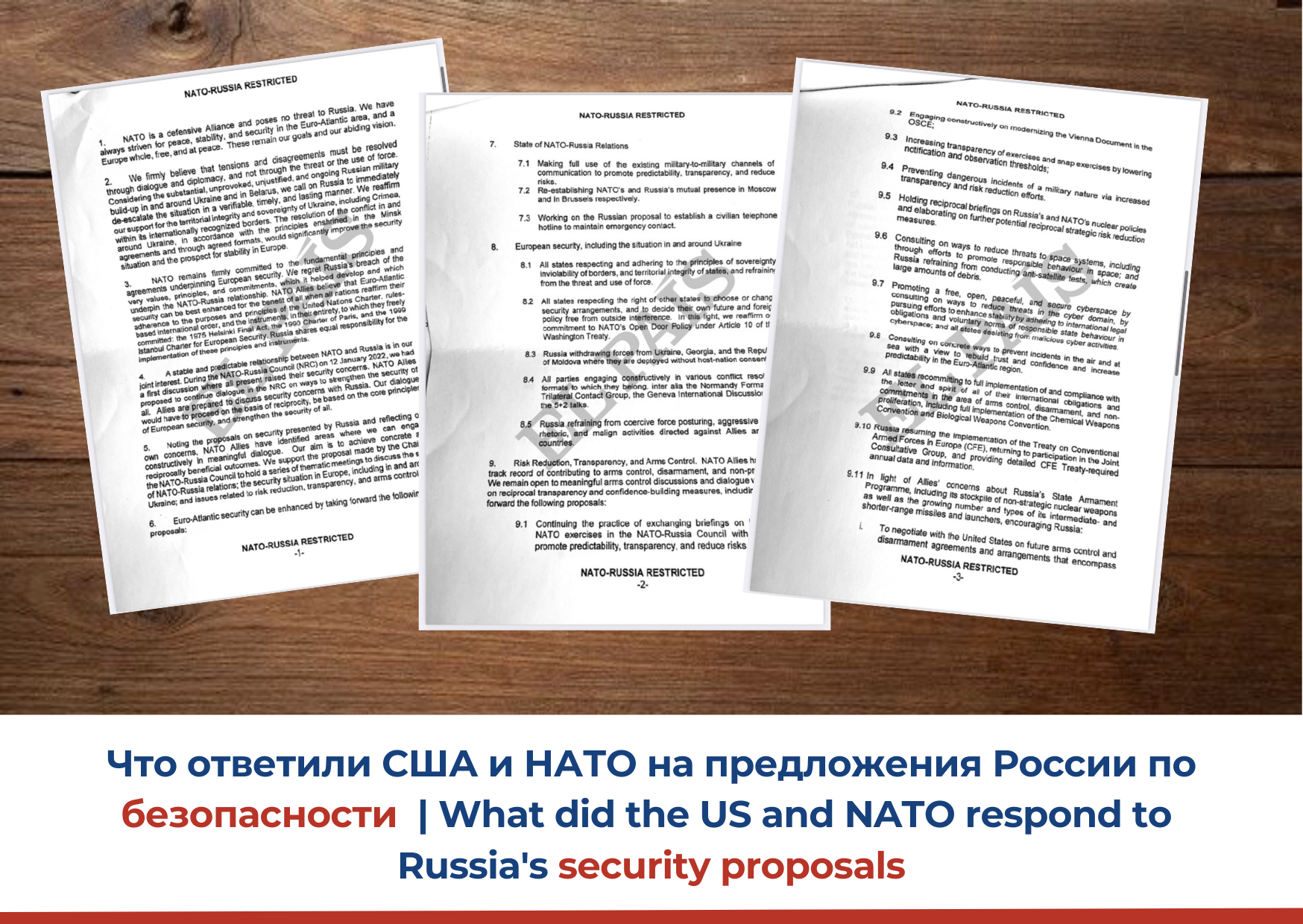 Leaked Documents Of The U.S. And Its Allies’ Response To Russia’s Security Concerns

The Spanish newspaper El País published the full responses of the United States and NATO to Russia’s security proposals. In them, the United States expresses its readiness to discuss mutual obligations under the condition of de-escalation of the situation on the border with Ukraine, but at the same time does not refuse to support NATO’s “open door” policy. In particular:

To learn more about the U.S: and NATO’s response to Russia’s security concerns, see Elena Chernenko’s piece at Kommersant (in Russian).