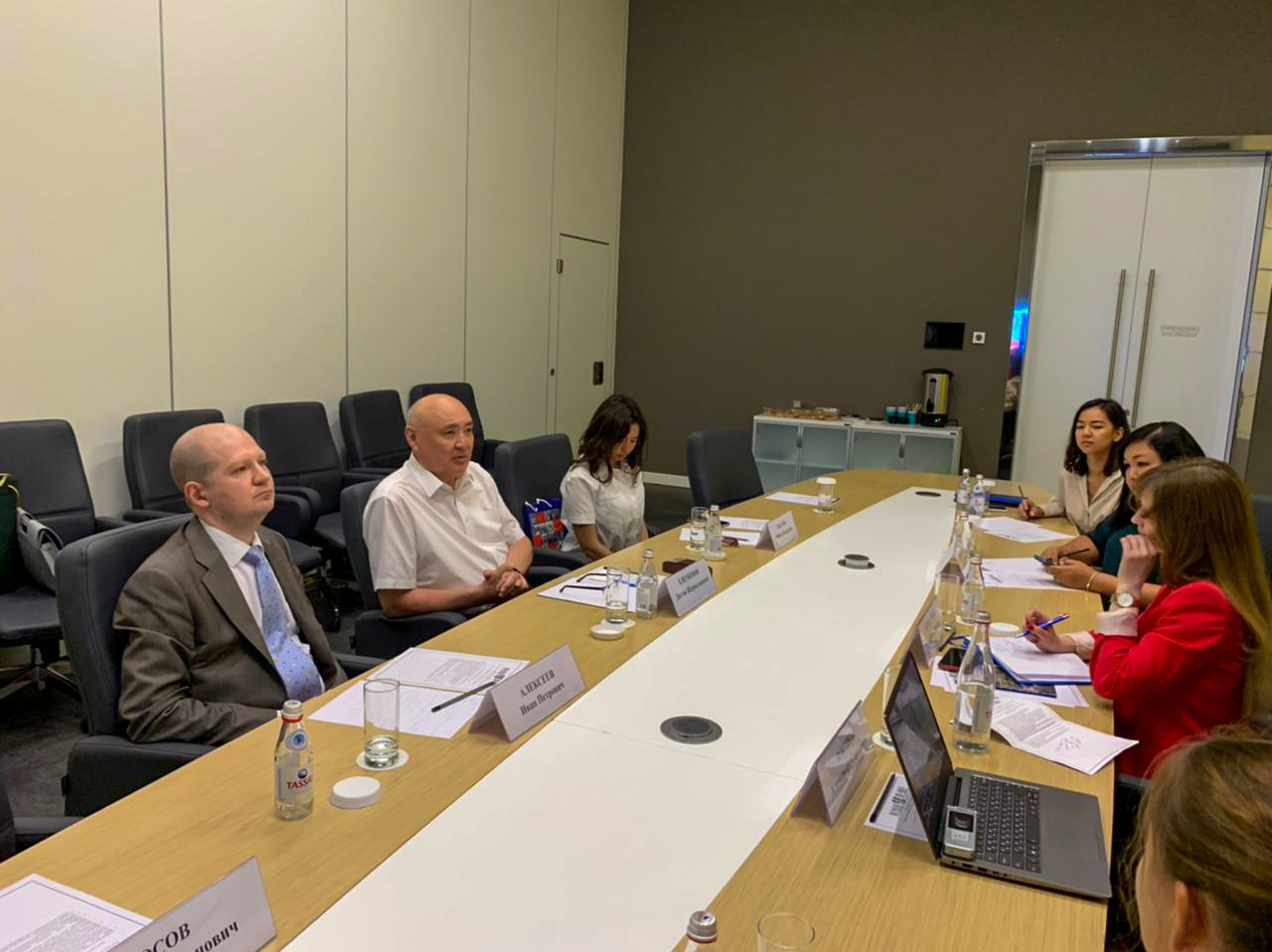 Main PIR Press News Meeting With Members Of The PIR Alumni Community From The Republic Of Kazakhstan
Status: Open

Today, PIR Center, together with partners from the Foundation of Nursultan Nazarbayev, is holding a meeting with members of the PIR Alumni Community from the Republic of Kazakhstan.

Dastan S. Eleukenov, Chairman of the Board, Kazakhstan Agency for International Development KazAID, PIR Center Advisory Board member since 1994, spoke about getting acquainted with PIR, walking with Roland Timerbaev in Monterey, and also touched on the topic of the closure of the nuclear test site, Kazakhstan’s renunciation of nuclear weapons in the 1990s and the country’s contribution to solving nonproliferation problems.

“Kazakhstan has made a significant contribution to solving the problems of nonproliferation. This is not only the renunciation of nuclear weapons. We were the first in the world to close a nuclear test site and the first in the CIS to develop a law on nuclear control. It is a pity that Kazakhstan has not created the same strong analytical centers on nonproliferation issues as the PIR Center in Russia. The PIR Center plays a unique role in the diplomatic, research and educational environment,” Dastan Eleukenov.