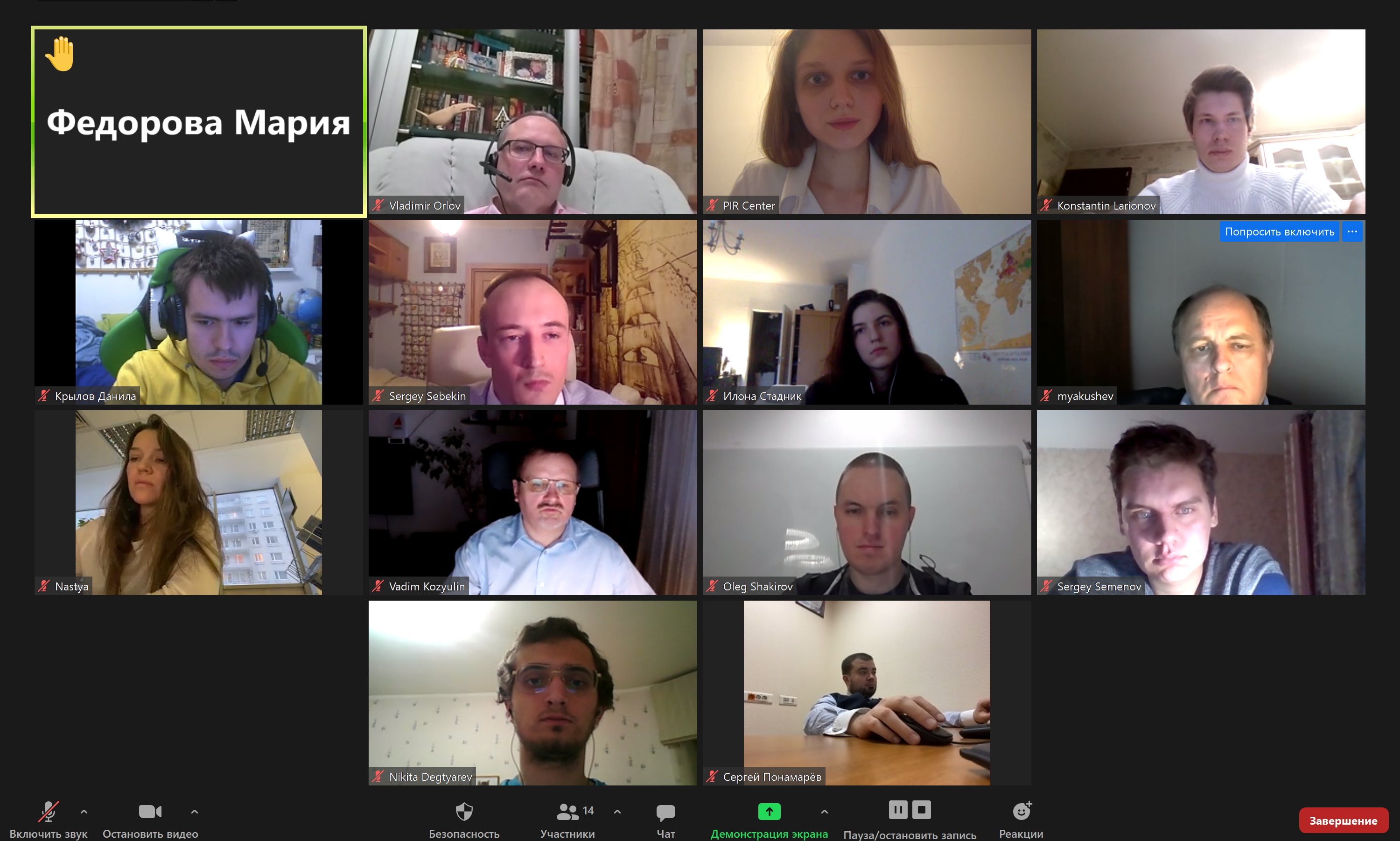 MOSCOW, FEBRUARY 18, 2021. PIR PRESS. “The United States is increasingly entering long-term great powers’ strategic competition in cyberspace. In this regard, the USA needs a new strategy of actions in cyberspace – a strategy of a persistent engagement or constant implementation of proactive cyber operations that do not reach the level of an armed conflict”, ‒ PIR Center intern Sergeу Sebekin.

On February 10, PIR Center held a first meeting within the framework of the Midweek Brainstorming sessions in 2021. At the seminar Sergey Sebekin, candidate of historical sciences, a lecturer at the Department of Political Science, History and Regional Studies at Irkutsk State University, presented his research paper “New cyber epoch: how the USA entries into global competition in cyberspace”, which he wrote during his internship at the PIR Center under the program “Emerging Technologies and Global Security”. Vadim Kozyulin, Program Coordinator, was his research advisor.

The following issues were raised during the discussion:

In the process of working on the research, the intern analyzed a wide range of sources and literature.  He was focused on the key US strategic documents in that sphere. Sergey Sebekin noted that due to the adoption of a new and more offensive strategy by Washington, one could not count on the effective cooperation between Russia and the United States on the issues of the cyber agenda. The US is believed not to abandon its strategy of persistent engagement and participation in the strategic competition in cyberspace in the nearest future. Most likely, the new course of persistent engagement with the opponents of the United States in cyberspace will be continued under Joe Biden administration, but with its proper revision.

Participants of the seminar noted the high level of the research, its relevance and significance in the context of crisis in Russian-American relations. Undoubtedly, the research paper of Sergey Sebekin contributes to the study and analysis of the US policy in cyber space.

For more information on educational projects of PIR Center do not hesitate to contact us via [email protected].