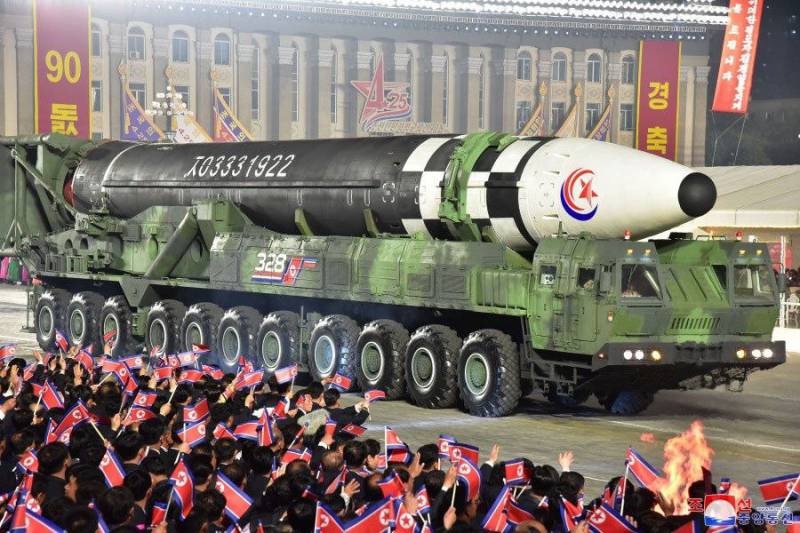 On Wednesday, September 7, the Supreme People’s Assembly of the DPRK adopted a decree on “Policy on Nuclear Weapons.” According to it, North Korea has officially proclaimed itself a nuclear power.

The document adopted by the North Korean parliament consists of 11 points. Its text notes that the DPRK may use nuclear weapons when attacking and imminent threat of attack by the enemy using nuclear weapons or other weapons of mass destruction, when hostile nuclear or non-nuclear forces attack the leadership of the country and the command of nuclear forces, as well as attack or threat of attack on strategically important objects of the state.

The decision to deliver or not to deliver a nuclear strike, according to the decree, is to be made personally by Kim Jong-un. It also says that nuclear missiles will be launched automatically if the North Korean leader is assassinated. Kim Jong-un himself, after the adoption of the decree, said that the DPRK would never negotiate with anyone on its denuclearization again.

This development of events has caused concern in the international community. UN Secretary-General António Guterres expressed deep concern over the move made by the DPRK and called on Pyongyang to resume negotiations to achieve sustainable peace and a complete and verifiable denuclearization of the Korean Peninsula. At the same time, Director of the First Asian Department of the Russian Foreign Ministry Georgy Zinoviev noted that the DPRK still continues to adhere to the unilateral moratorium on nuclear tests announced in 2018.