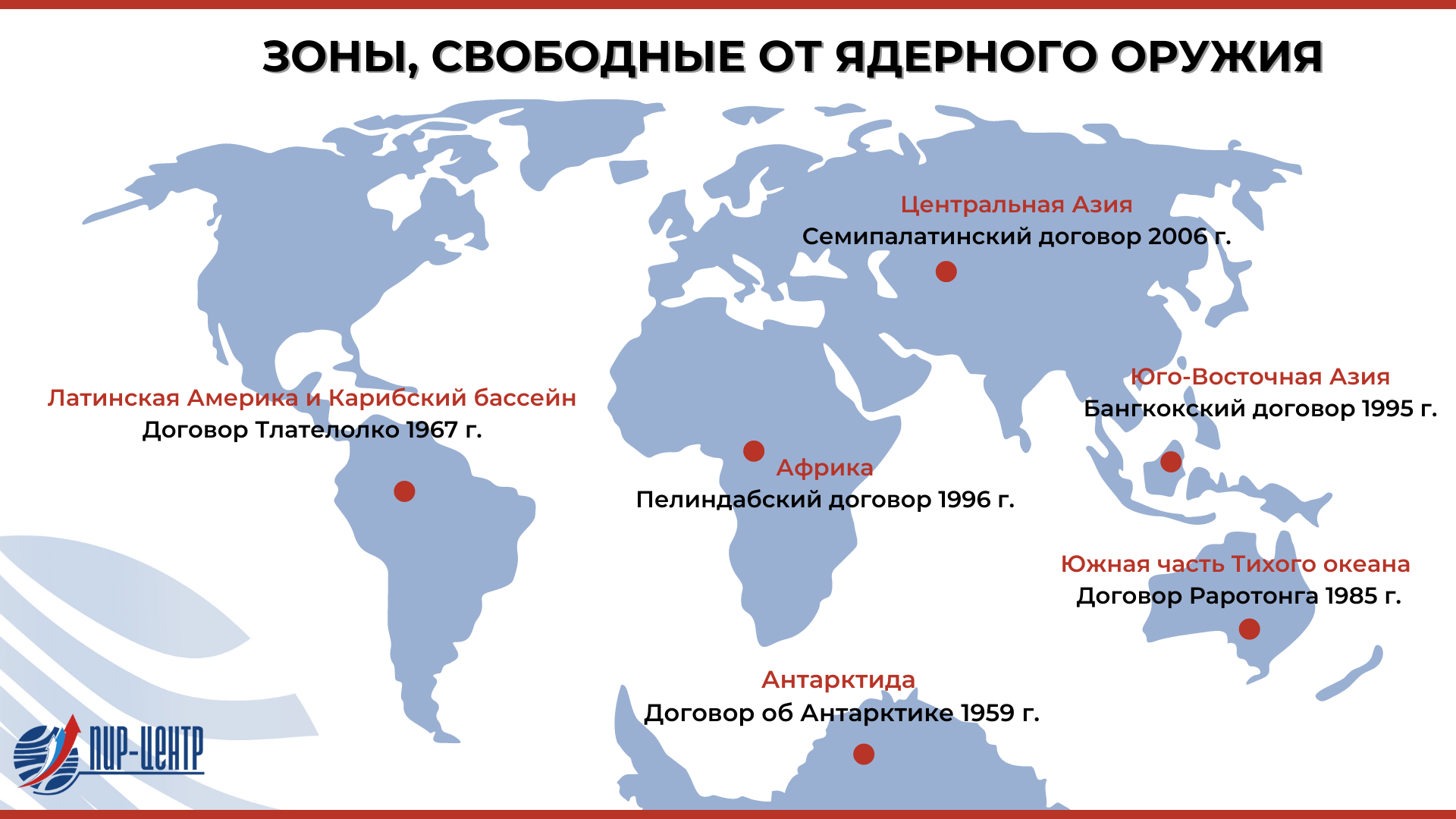 Nuclear-Weapon-Free Zones In Southeast Asia And The South Pacific

On December 15, 1995, the Treaty on a Nuclear-Weapon-Free Zone in Southeast Asia was signed in Bangkok by 10 countries of the region (Burma, Brunei, Vietnam, Indonesia, Cambodia, Laos, Malaysia, Singapore, Thailand, Philippines). It entered into force on March 27, 1997, but the nuclear Powers did not sign the Protocol to the Bangkok Treaty, which, in particular, contains an obligation “not to resort to the use or threat of use of nuclear weapons in the nuclear-weapon-free zone in Southeast Asia” (Article 2). The nuclear Powers are not satisfied with the definition of a nuclear-weapon-free zone in Southeast Asia given in Articles 1.a and 2.1 of the Treaty, covering, in addition to the territories of the participating countries, “their respective continental shelves and exclusive economic zones”.

In the framework of the December P5 process conference, which is held on December 2-3 this year, the nuclear powers reaffirmed their commitment to the objectives of the Southeast Asia Nuclear-Weapon-Free-Zone and recalled the importance of advancing discussions between the NWS and the ASEAN countries on the Protocol to the Southeast Asia Nuclear-Weapon-Free-Zone Treaty. For more information, see the encyclopedia of the PIR Center “Nuclear Nonproliferation“.

Also recently, on December 11, was the anniversary of the entry into force of the Treaty on the Southeast Asia Nuclear-Weapon-Free Zone (Rarotonga Treaty) of 1986. As of January 1, 2008, it has 13 regional participants; it extends to the zone bounded from the north by approximately the equator line, and in the west by the borders of Australia, adjacent to the Latin American nuclear-weapon-free zone in the east, and to the demilitarized zone of Antarctica in the south. The agreement was named after the place of signing – Rarotonga Island, on which Avarua, the capital of the Cook Islands, is located. In accordance with Article 12 of the Rarotonga Treaty, in May 1987 The right to sign it (not implemented by 2008) was granted to the Republic of the Marshall Islands and the Federated States of Micronesia, and in 1994 to Palau.

On August 8, 1986, three protocols to the Rarotonga Treaty were approved by the participating States and opened for signature in December. The USSR joined Protocols 2 and 3 in 1986, China – in 1987, thereby accepting obligations not to use or threaten to use any nuclear explosive device in the region, as well as not to test them here. All three protocols were open for signature for the USA, Great Britain and France. Due to the position of France, which carried out nuclear tests in the region until 1996, the Western powers agreed to sign the protocols only on March 25, 1996. (as of January 1, 2008, all the necessary instruments of ratification have been received, only the United States has not ratified three protocols). For more information, see the encyclopedia of the PIR Center “Nuclear Nonproliferation“.

What to read about other nuclear-weapon-free zones from the PIR Center: