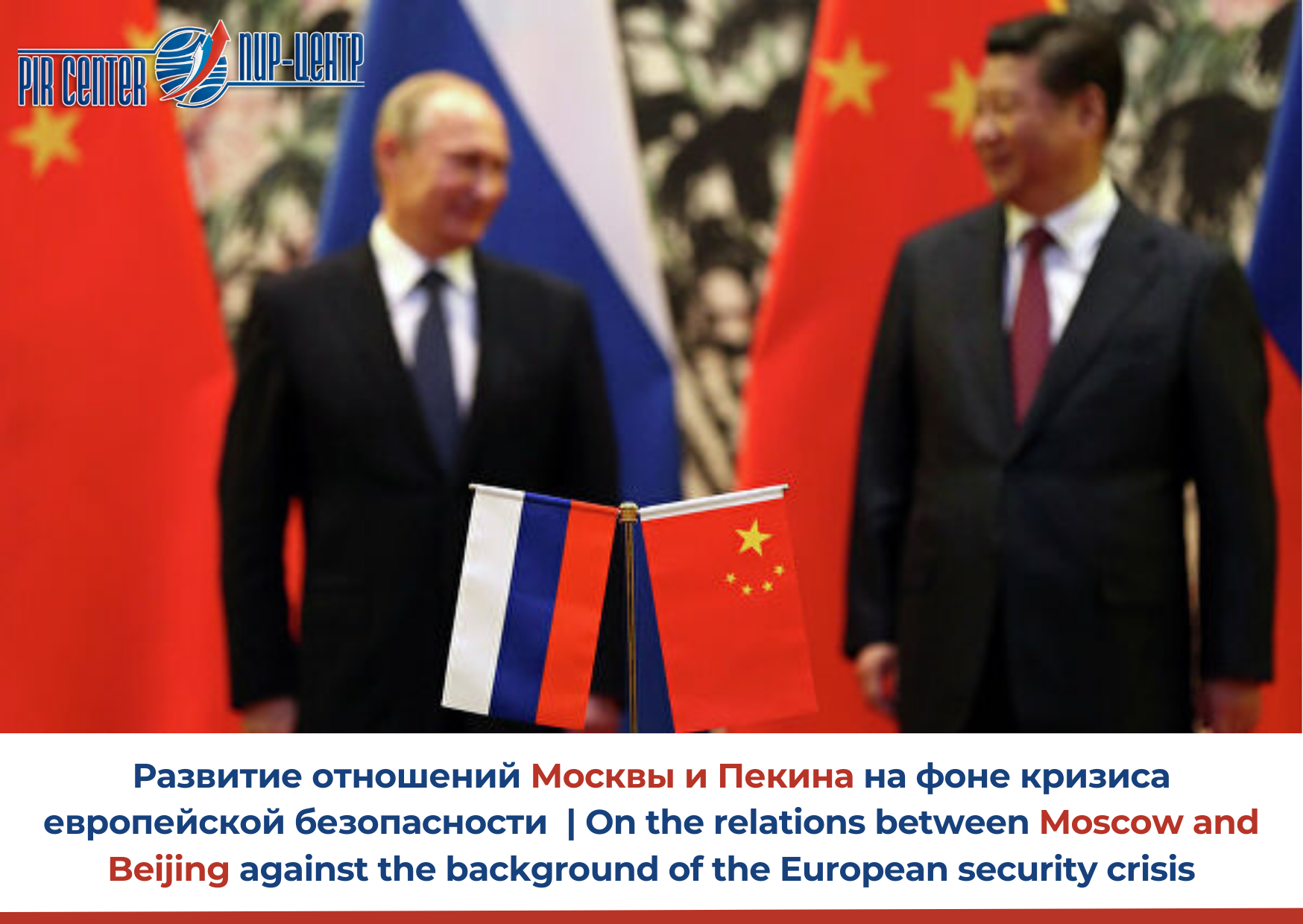 Main PIR Press News On The Relations Between Moscow And Beijing Against The Background Of The European Security Crisis
Status: Open

While the situation around Ukraine keeps aggravating, the international community is monitoring closely the development of Russian-Chinese relations.

Before paying an official visit to Chinese leader Xi Jinping, President Vladimir Putin published an article “Russia and China: a strategic partnership oriented towards the future”. In the article, the Russian leader notes that the two countries are “close neighbors bound by centuries-old traditions of friendship and trust. And we highly appreciate that entering a new era the Russian-Chinese relations of comprehensive partnership and strategic cooperation have reached an unprecedented level, becoming a model of efficiency, responsibility, and aspiration for the future.” The full text of the article is available here.

On February 4, on the opening day of the XXIV Winter Olympic Games, a personal meeting between Vladimir Putin and Xi Jinping took place, followed by concluding two agreements. One is a roadmap for expanding trade relations, under which it is agreed that China will be supplied with 10 billion cubic meters of gas from the Far East.

The second document is of particular importance in view of the current international situation. In the “Joint Statement of the Russian Federation and the People’s Republic of China on International Relations Entering a New Era and Global Sustainable Development”, the parties stated the importance of developing partnerships, protecting global values and mechanisms for solving global problems, as well as taking measures to reduce the role of nuclear weapons in the politics of nuclear-weapon states. The full text of the statement is available here.

At the same time, Moscow and Beijing condemned the policy of some states, military-political alliances, and coalitions that “pursue the goal of obtaining directly or indirectly unilateral military advantages at the expense of the security of others, including by means of unfair competition, intensifying geopolitical rivalry, inflating antagonism and confrontation, and seriously undermining international security order and global strategic stability.” In this regard, NATO expansion, the AUKUS pact, and the U.S. Indo-Pacific strategy were mentioned.

Coordination of positions occurred in the UN Security Council, too. On Monday, February 7, the Russian and Chinese delegations criticized “unilateral sanctions” imposed by other states in circumvention of the UN. Dmitry Polyanskiy, Deputy Ambassador of the Russian Federation to the UN, stressed that “only UN Security Council sanctions are legal,” apparently hinting at the illegal attempts by some countries to threaten Russia with sanctions in the event of an escalation in the Ukraine issue.

According to experts, Beijing is likely “to oppose any Western sanctions against Russia, [but] it will not do anything to counter them directly.” At the same time, during last week’s telephone conversation between Secretary of State Anthony Blinken and Chinese Foreign Minister Wang Yi, the latter stressed that in the situation around Ukraine, all parties need to “stay calm”, while Russia’s security concerns “should be taken seriously”.

That said, assessing the meeting between the heads of Russia and China, US Assistant Secretary of State for East Asian and Pacific Affairs Daniel Kritenbrink said: “This meeting should have provided China with an opportunity to urge Russia to follow the diplomatic path and de-escalate in Ukraine“.