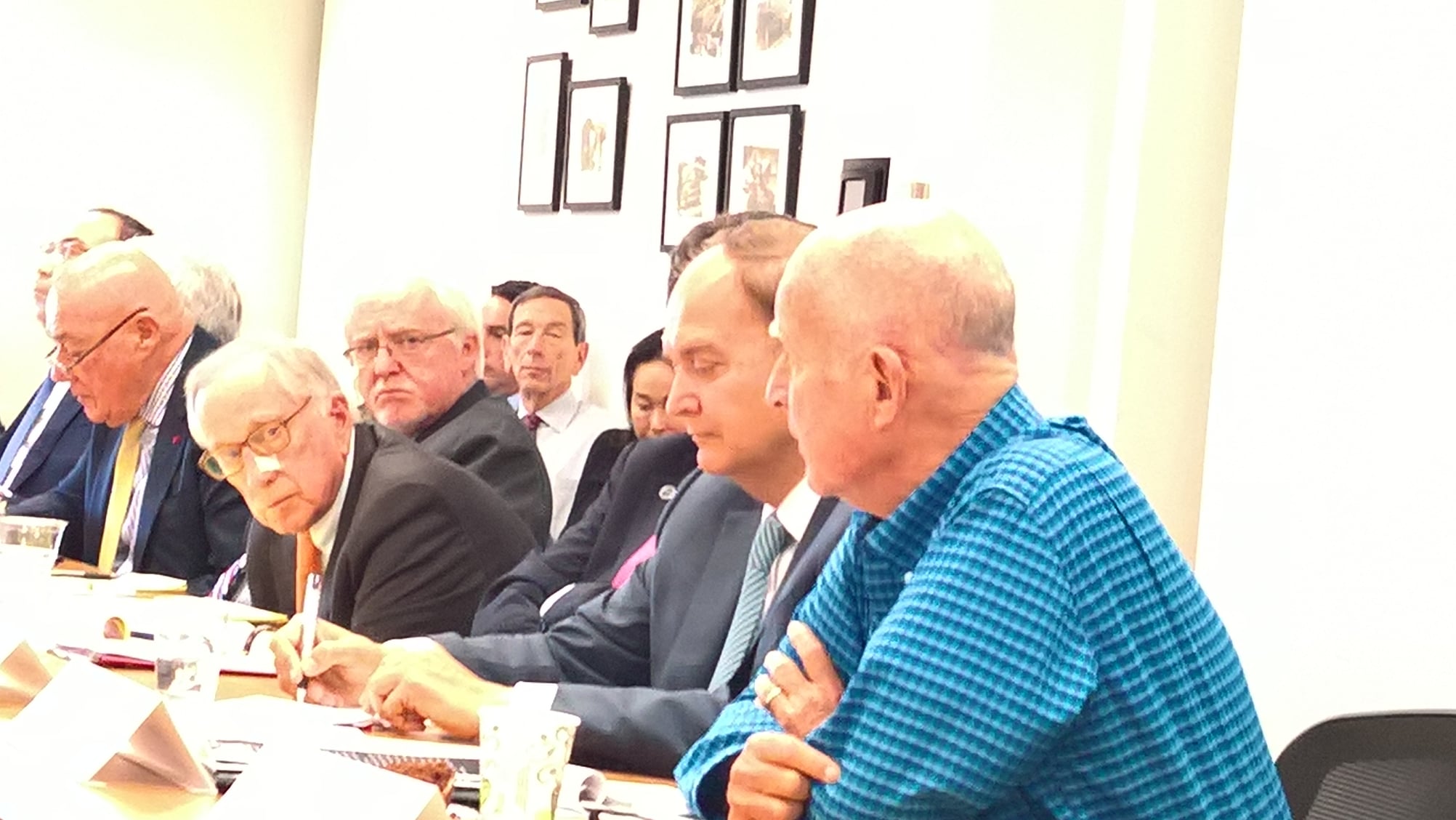 MOSCOW, NOVEMBER 19, 2019. PIR PRESS. – “The more profound is the understanding of Russian approaches to the nuclear nonproliferation, the higher is the support for Russia’s policy. Even if due to the political situation such support is to mean silent non-resistance. We can’t afford to lose our allies and prospective partners on the grounds of global nonproliferation agenda”, – PIR Center Director Vladimir Orlov.

On October 27 – November 3 Vladimir Orlov visited Washington to participate in a series of events on WMD nonproliferation. Particularly, on October 28 he took part in the celebration of 30th anniversary of a long-standing partner of the PIR Center – The James Martin Center for Nonproliferation Studies. Session of the Center’s International Advisory Council was the first in a series of “anniversary events”. The list of the speakers included William Potter, Director of the Center, Vladimir Orlov, PIR Center Director, Sarah Bidgood the Director of the Eurasia Nonproliferation Program, Tamim Khallaf Counsellor of the Egyptian Embassy to the USA and Jeffrey Eberhardt, U.S. Special Envoy for nonproliferation issues.

The meeting was followed by a roundtable seminar, during which the prospects of the Russian-American arms control format were discussed. Anatoly Antonov, Ambassador of Russia to the United States presented his vision of the situation. The Director of the PIR Center also held a separate meeting with the Russian Ambassador to USA.

On October 29th PIR Center Director Vladimir Orlov met with the representatives of Russian and U.S. mass media who specialized on nuclear issues, within the “US Russia Media Dialogue on Nuclear Issues” event co-organized by the Center and the James Martin Center for Nonproliferation Studies. During the discussions the participants paid attention to the issues of media coverage of Russian and American politics, new era of mass communications’ development and practical solutions for improvement of presswork.

Russia was represented by TV-anchor Vladimir Pozner, Deputy Head of Foreign Desk at the Kommersant daily newspaper Elena Chernenko, correspondent of RIA Novosti Tatyana Smialovsky, co-presenter of the “Great Game” TV program on Channel One Marina Kim, member of the State Duma of the Russian Federation Inga Yumasheva, who previously worked as a journalist (via video-conference).

The business program of the trip was continued by a lecture to students and faculty of the George Washington University. The lecture was devoted to the history and prospects of Russian and American dialogue on nuclear nonproliferation on the eve of the 2020 NPT Review Conference. Sharon Squassoni, professor of the University and member of the PIR Center Advisory Board moderated the discussion which was held within the “Discussions on nuclear policy” project sponsored by the GWU Institute for International Science and Technology Policy.

Vladimir Orlov`s trip to Seoul on 11-16th November during which he took part in the joint UN conference and the Foreign ministry of the Republic of Korea on issues of disarmament and nonproliferation, served as a continuation of the discussions which were held in Washington. Dr. Orlov took the floor at the session devoted to reinvigorating the NPT review process. Afterwards, the PIR Center director met with Andrei Kulik, Ambassador Extraordinary and Plenipotentiary of the Russian Federation to the Republic of Korea to exchange views on the issues pertaining to WMD nonproliferation and inter-Korean relations.