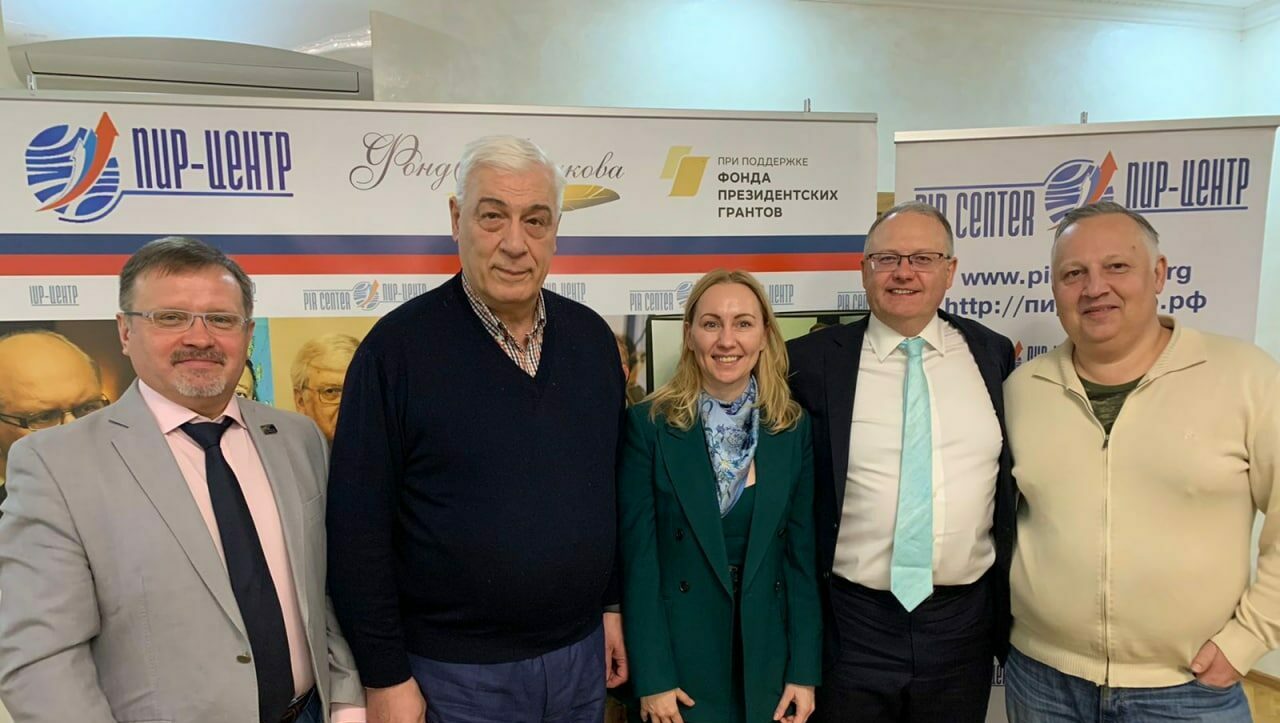 PIR Center Executive Board Meeting Was Held in December 2022

In December 2022, the regular annual meeting of PIR Center`s highest authority – the PIR Center Executive Board – was held. The meeting was held on the hospitable and ancient Vladimir-Suzdal land along the perimeter of which the Russian nuclear weapons complex facilities are located as a living illustration of the discussions held within the framework of the meeting of the Executive Board of PIR-Center, a Russian non-governmental organization, specialized in nuclear nonproliferation and arms control.

The event was attended by the Members of the PIR Center Executive Board: Chairman of the Executive Board, Lieutenant-General Evgeny Buzhinskiy; Head of the Center for Global Studies & International Organizations of the Institute for Contemporary International Studies of the Diplomatic Academy of the Russian Foreign Ministry, PIR Center Consultant Dr. Vadim Kozyulin; Founding Director of PIR Center Dr. Vladimir Orlov; Head of the ANO Art-Formula, Member of the Committee of the Russian State Council on Culture, Founding Head of the project of the All-Russia People’s Front Rossiya Zdes (Russia Here) Ms. Lubov Soldatkina; Special correspondent of the Kommersant Daily Dr. Elena Chernenko (online).

In 2021-2022, the PIR Center has been revitalized in many areas, including publications, research, education, and cooperation with partners in Russia and abroad. During the meeting the results of the PIR Center work in 2021 were summed up, as well as the preliminary results of 2022 and promising projects for 2023–2024 were discussed. “I am filled with the pride and satisfaction with the work of PIR Center. The report heard today, presented by Dr. Vladimir Orlov, is just a song!” – Dr. Elena Chernenko, PIR Center Executive Board Member, shared her impressions.

We are pleased to announce that in 2022, Dr. Dmitri Trenin, Research Professor at the Faculty of World Economy and International Affairs of the HSE University, Lead Researcher at the Section for Non-Proliferation and Arms Limitation of the Center for International Security of IMEMO RAS joined to the PIR Center Executive Board. Previously, from 2002 to 2022, Dr. Dmitri Trenin was PIR Center Advisory Board Member as well. You can read more about Dr. Dmitri Trenin and his acquaintance with PIR Center, about his professional experience and expert opinion on Russia’s position in world politics in an interview in the framework of Open Collar.

Unfortunately, in 2022, PIR Center has experienced the loss of two PIR Center Executive Board Member: the head of the 12th Chief Directorate of the Russian Ministry of Defense (1992–1997), Colonel General Evgeny Maslin and General Vyacheslav Trubnikov, Hero of the Russian Federation, Head of the Foreign Intelligence Service of the Russian Federation (1996–2000). To preserve the memory of the contributions of Soviet and Russian statesmen in the field of nuclear nonproliferation, disarmament, arms control, and global security, we are developing the Memory Galleries on the PIR Center website.

Current list of PIR Center Executive Board Members and their biographical information can be found here.