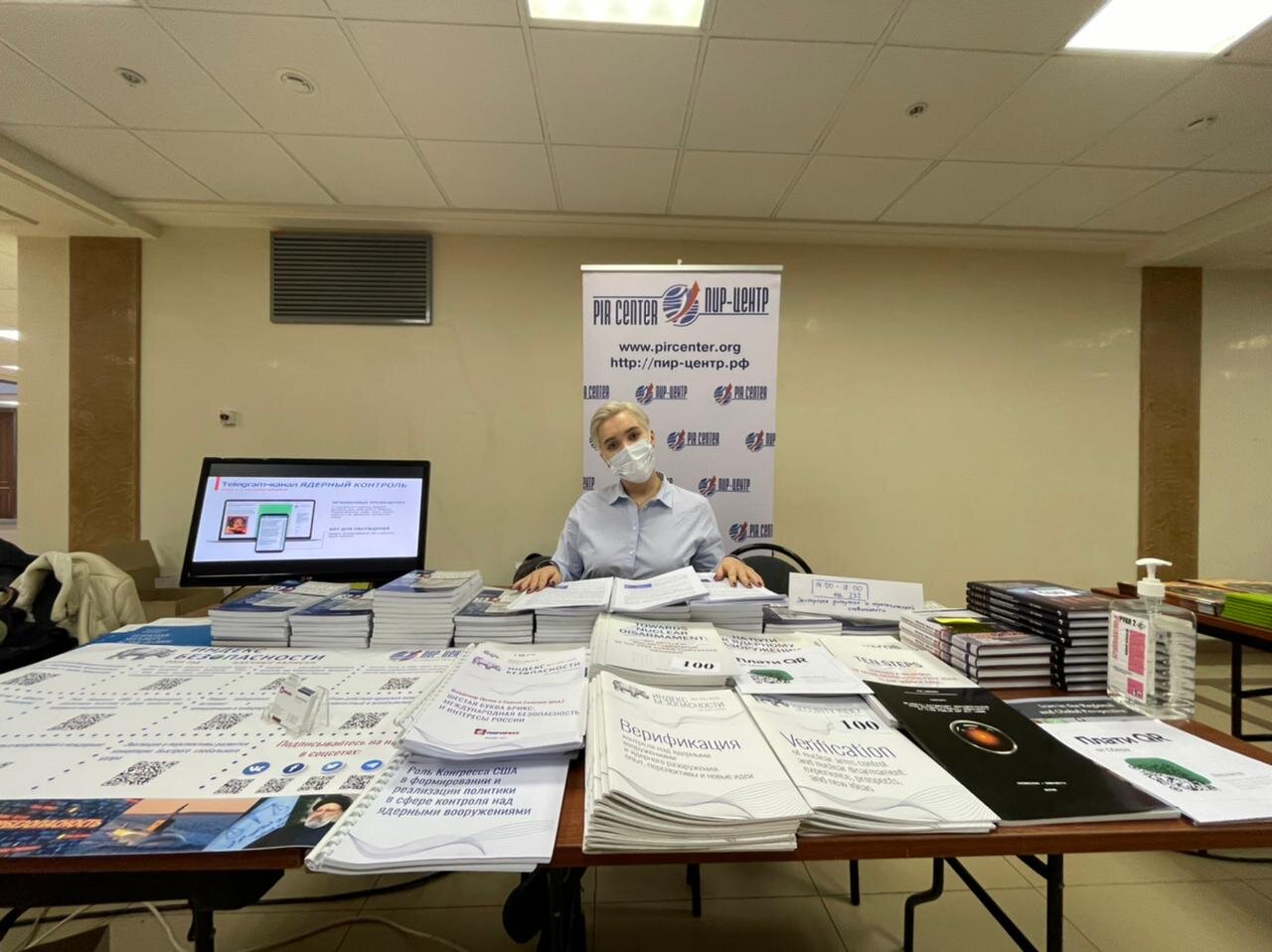 MOSCOW, OCTOBER 22, 2021. PIR PRESS. “The book fair within the framework of the XIII RISA Convention was an excellent opportunity for its visitors to get acquainted with a large number of materials from publishers specializing in international affairs. The stand of PIR Center, in turn, became an important part of this event for all those interested in nuclear nonproliferation and international security, and the interest and trust of the guests testified to this”, – Egor Chobanian, coordinator of PIR Center Information & Publications Program.

On October 14 and 15, PIR Center took part in the book fair, which was held as part of the 13th Russian International Studies Association (RISA) Convention at MGIMO. For two days, our stand presented a wide range of materials for all guests of the event: Security Index occasional papers, “White Papers” on nonproliferation, books by leading Russian experts in the field of arms control, Iran nuclear issues, cybersecurity and international security. Visitors could also ask questions about the activities of PIR Center and its information products, such as e-journal Yaderny Kontrol, email newsletter PIR Press News, series of analytical reports Security Index, etc.

“PIR Center fits well into the concept of the RISA Convention, becoming a place of attraction for the guests of the book fair. The products of PIR were of interest to both experienced readers in the field of security and newcomers who were introduced to the activities of PIR Center. It was an interesting experience for me to participate in such a major and important scientific event in Russia”, – Daria Heyrie, an intern who represented PIR Center at the fair.

“This book fair is a great way to meet old friends and make new ones. Our stand has gathered around itself those interested in the issues of arms control and strategic stability, which is incredibly pleasing”, – Galina Salnikova, an intern who represented PIR Center at the fair.

“Several dozen interested participants of the Convention visited it for 2 days, while for many of them it was the first contact with our organization, and I am sure that it was extremely positive and pleasant for all of them. Many people learned about PIR Center for the first time and became seriously interested in our activities, and for visitors who have been working with PIR Center for a long time, this event became an opportunity to learn about new scientific projects, for example, about the resumption of the release of Security Index in a fundamentally new format”, – Savva Nikulin, an intern who represented PIR Center at the book fair.