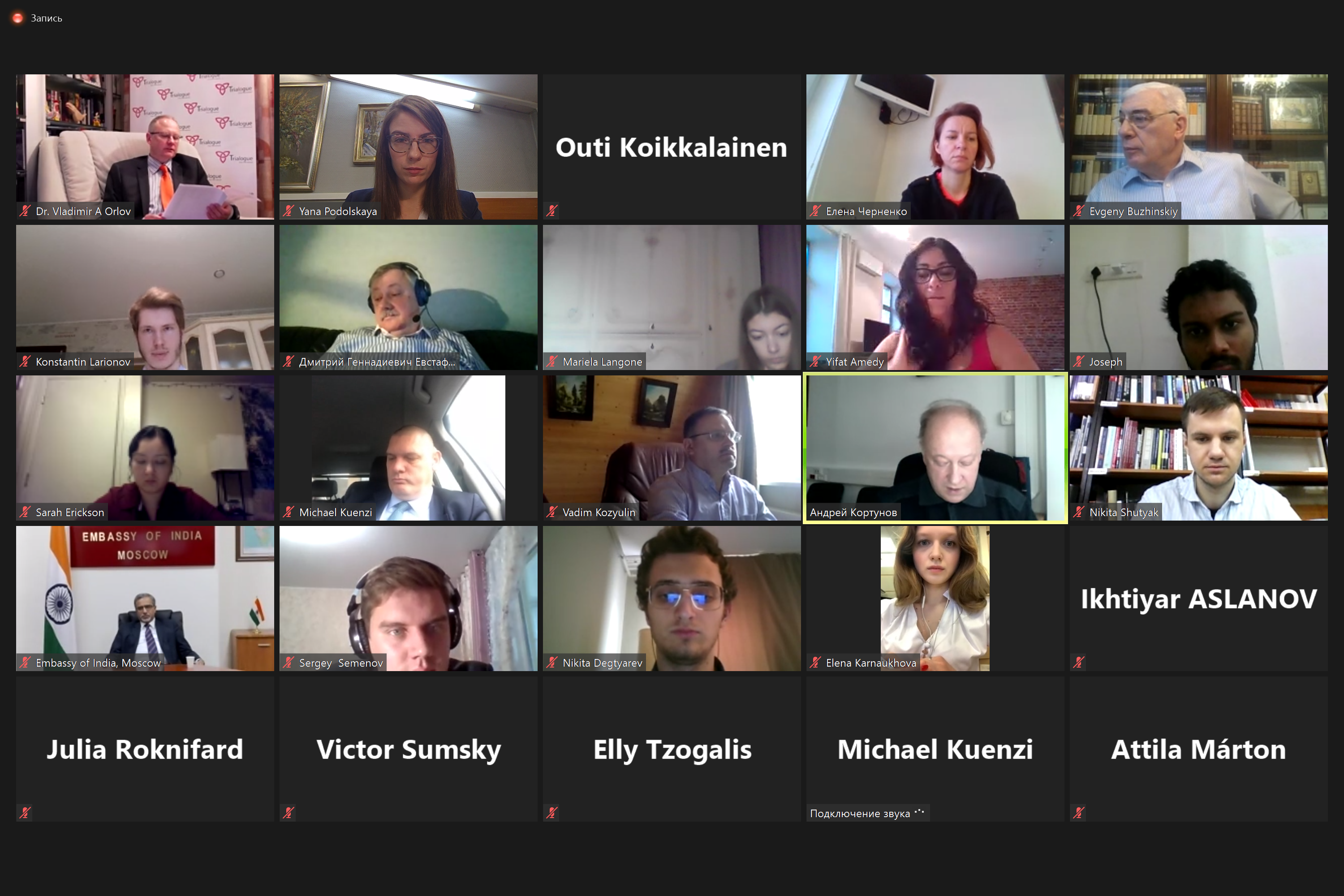 Main PIR Press News Prospects For The Development Of Russian-American Relations Under Joe Biden Were Discussed At The Trialogue Club International
Status: Open

MOSCOW, 28 JANUARY, 2021. PIR PRESS. “Biden will pose new challenges to the Russian Federation, but not something completely different from his predecessor. He will be constrained by many domestic factors, by the balance of powers inside the United States. And most importantly, Biden is likely to be a weak president, not a strong president. As we know from history, you need to be a very strong president if you really want to fix relations with Moscow”, – Andrey Kortunov, Director General of the Russian International Affairs Council (RIAC).

A meeting of the Trialogue Club International took place on the topic “Biden in the White House: What it Means for Russian Foreign Policy and for the Russian-US Relations”. For the first time, the event was held entirely online on the Zoom platform due to the ongoing COVID-19 pandemic. Representatives of foreign diplomatic missions (Switzerland, Finland, Hungary, India, Israel, etc.), the International Committee of the Red Cross, military analysts, and leading experts took part in the event. India was represented by Ambassador Extraordinary and Plenipotentiary to Moscow Venkatesh Varma.

Vladimir Orlov, President of the Trialogue Club International, addressed the meeting participants with a welcoming speech. The co-chairs of the Club, Evgeny Buzhinskiy and Elena Chernenko, traditionally moderated the event. Dmitry Evstafiev, Professor of the National Research University “Higher School of Economics”, and Andrey Kortunov, member of the PIR Center Advisory Board, Director of the RIAC, were the key-note speakers.

Dmitry Evstafiev gave his expert assessment of the Russian-American relations, prospects for the Joint Comprehensive Plan of Action (JCPOA), and also drew attention to the very personality of President Joe Biden.

Andrey Kortunov gave a general assessment of what the Biden administration might mean for Russia and what the balance between innovation and continuity in the foreign policy of this administration is. Besides, the speaker outlined the main directions of the United States in foreign policy.

All meetings of the Trialogue Club International are traditionally held off the record, so we are unable to present the views and assessments of the speakers. At the same time, the meeting materials are available to the Club members on our website using a special password for members only.

The experts’ speeches were further proceeded by a traditional Q&A session in which both members and guests of the Trialogue Club International took part.

In the end, the co-chairs and the President of the Club informed the audience that in the future the Club meetings are planned to return to their traditional form, that is, in the form of in-person meetings. Thus, the Club, founded in 1993, enters its 28th season with the hope of a quick return of live communication with experts and diplomats, of course, in compliance with the established sanitary and epidemiological standards.

If you need any further information about the Trialogue Club International and its partners, please contact the Club Secretary by phone: +7 (916) 170 03 07 or email: [email protected]