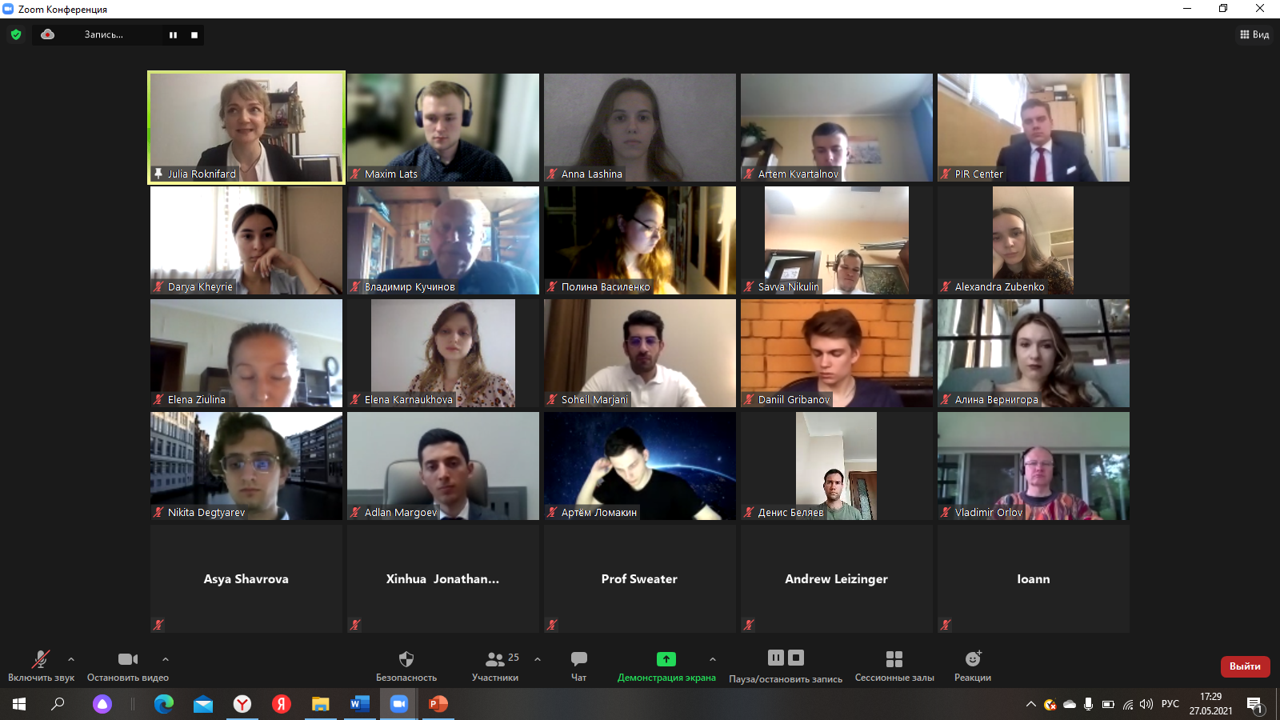 MOSCOW, JUNE 10, 2021. PIR PRESS. «The situation for the upcoming presidential term looks rather difficult, as economic problems will put even stronger pressure on the regime, and the propensity to negotiate and reach an agreement will be reduced. However, this does not mean that Iran will seek to develop nuclear weapons or decide to withdraw from the Treaty on the Non-Proliferation of Nuclear Weapons», ‒ Yulia Sveshnikova, PIR Center Consultant.

On May 27, the Midweek Brainstorming session “Prospects for the development of the situation around the INP in case of strengthening the position of conservatives in the political life of Iran” was held. PIR Center Consultant Yulia Sveshnikova presented the main provisions of her research work on the topic.

During the Midweek Brainstorming session, Yulia Sveshnikova presented her vision of the development of the situation around the Iranian nuclear program in case of amplification of the conservatives in Iran. The following points were highlighted:

During the discussion, the participants of the seminar came to the following conclusions:

The event was attended by employees and consultants of the PIR Center, as well as external experts.