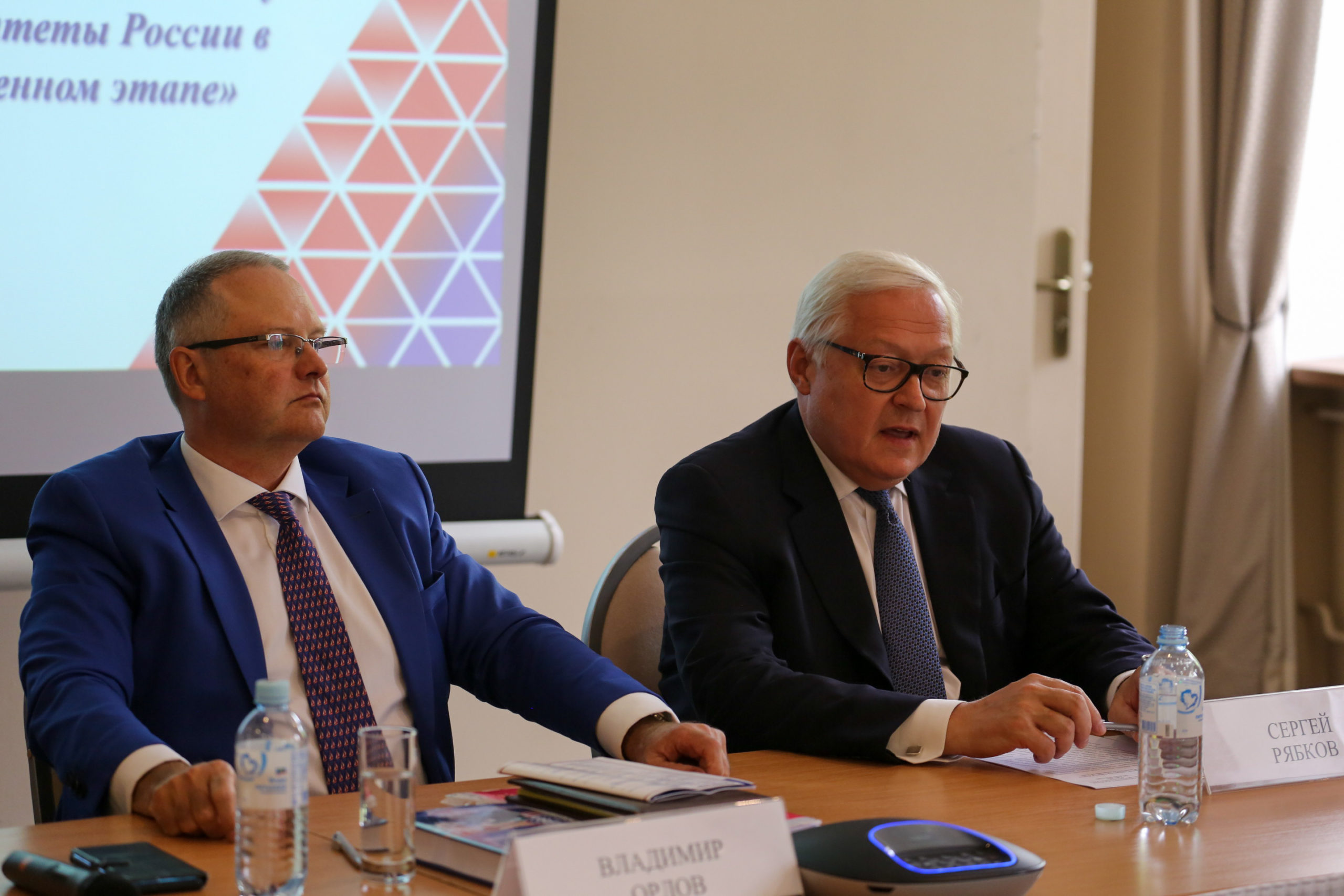 MOSCOW. JUNE 23, 2022. PIR PRESS. “Unlike the Western agenda, our agenda in international affairs has always been and remains constructive. Our goals are not related to geopolitical expansion or imposing our own development model, as NATO, the EU and the United States do. Everything we do outside is aimed at solving the problem of ensuring safe and favorable external conditions for sustainable internal development, improving the level and quality of life of Russian citizens,” – Sergei Ryabkov, Deputy Minister of Foreign Affairs of the Russian Federation.

On June 22, 2022, the XXI International School on Global Security for young professionals from Europe and the Commonwealth of Independent States (CIS) was visited by Sergei Ryabkov, Deputy Minister of Foreign Affairs of Russia. Sergei Ryabkov noticed the fundamental theses of the Russian foreign policy doctrine and assessed the current situation of the Russian Federation on the world stage and prospects for the development of relations with partners. Also, Sergei Ryabkov and Vladimir Orlov, director of PIR Center, laid flowers at the memorial complex to the fallen for the Motherland in Zvenigorod on the Day of Remembrance and Sorrow.

During his speech to the participants of the PIR Center School, Sergei Ryabkov, Deputy Minister of Foreign Affairs of Russia, stated: “As a civilizational state, a vast Eurasian and Euro-Pacific power, Russia is ready for any options for any developments in the international arena. We will be able to ensure our security and national interests, as well as the protection of our allies on the background of any threats and challenges. However, despite any difficulties, we will continue to strive for the more democratic and equitable world formation, where the rights of all nations and the preservation of the cultural and civilizational diversity of mankind would be guaranteed.”

Among other important theses, the fragmentation of the geopolitical space by the Western coalition and its attempts to adapt the UN Charter to its needs, the dependence of Brussels on Washington, the imposition of an arms race in outer space, as well as the possible escalation of crisis situations in regions in which the United States also dictates its interests (the Asia-Pacific Region, the Middle East, South Asia) were mentioned. “Washington is deliberately going to destroy the foundations of the world order that emerged after the Second World War,” – said Sergei Ryabkov.

The full text of the speech of the Deputy Minister of Foreign Affairs of Russia can be read here in Russian.

Sergei Ryabkov’s speech at the PIR Center International School on Global Security is covered in the Russian media – the diplomat has already been quoted by such news portals as RIA Novosti [1] [2], Interfax [3] [4], Lenta.ru [5], Komsomolskaya pravda [6], TASS [7], Izvestiya [8], Gazeta.ru [9] and LIFE [10].