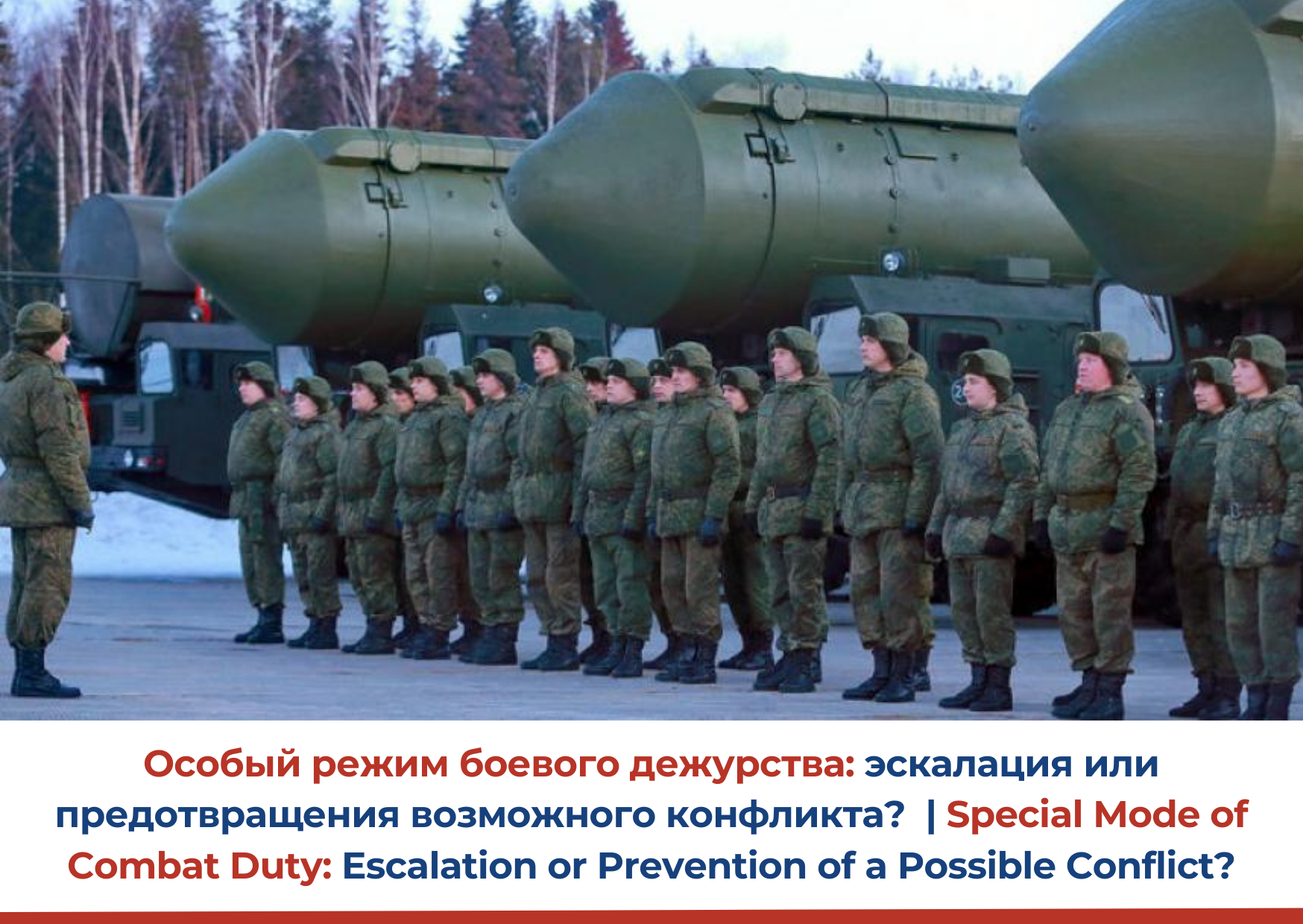 Special Mode Of Combat Duty: Escalation Or Prevention Of A Possible Conflict?

On February 27, 2022, Russian President Vladimir Putin ordered to put Russian strategic deterrence forces “to a special alert regime in connection with the aggressive statements of the West”. On Tuesday, March 1, submarine crews from the Northern Fleet began exercises in the Barents Sea, aimed at practicing maneuvering at depth during winter storms. In the Irkutsk region, units of the Strategic Missile Forces dispersed the “Yars” ICBM launchers in the forests to practice covert deployment.

In Russia, the expert community holds different views with regards the “special alert regime” of strategic forces. PIR Center Consultant Vasily Lata notes that the order “is another signal to the collective West about the unacceptability of their interference in the situation in Ukraine” and is not intended to be escalatory, but “to prevent a possible conflict”. At the same time, some experts emphasize that such actions by the Russian leadership will undermine “the nuclear nonproliferation regime as well as Russia’s reputation as one of its guarantors”. As for the content of the concept of “special combat duty”, it is believed to entail organizational measures such as “enhancing duty schemes and calculations”.

The answer from the West followed almost immediately. NATO said the Alliance did not pose a threat to Russia. The United States restated the “Gorbachev formula” about the impossibility of winning a nuclear war (which was later mentioned by Sergey Lavrov), emphasizing it did not intend to deploy nuclear weapons on Ukrainian territory. Moreover, Washington announced cancelling the planned Minuteman III test launch. In turn, the American military command said that it did not see the need to change the US nuclear posture in the light of Russia’s actions, while Pentagon sent “a request to create a special communication line to reduce the risks of possible incidents between the two countries” to its Russian counterparts.

In an interview with TASS on March 4, 2022, US Under Secretary of State for Political Affairs Victoria Nuland emphasized that “the United States does not seek a second Cold War” and “remains ready for negotiations with the Russian Federation on the security issues it has raised in Europe, including Ukraine” (subject to the cessation of hostilities on Ukrainian territory).

According to Andrey Kortunov, “the nuclear issue must immediately be returned to the center of the international agenda before it is too late”. In practice, this entails holding an urgent meeting of the five nuclear powers – permanent members of the UNSC to create a “mechanism for the constant interaction of the members of the Five” on issues of new proliferation threats, challenges associated with military-technical progress in the missile sphere, and increased transparency in military planning and national doctrines for the use of nuclear weapons. Joseph Nye notes that at this stage, measures to reduce nuclear risks should become the key direction.