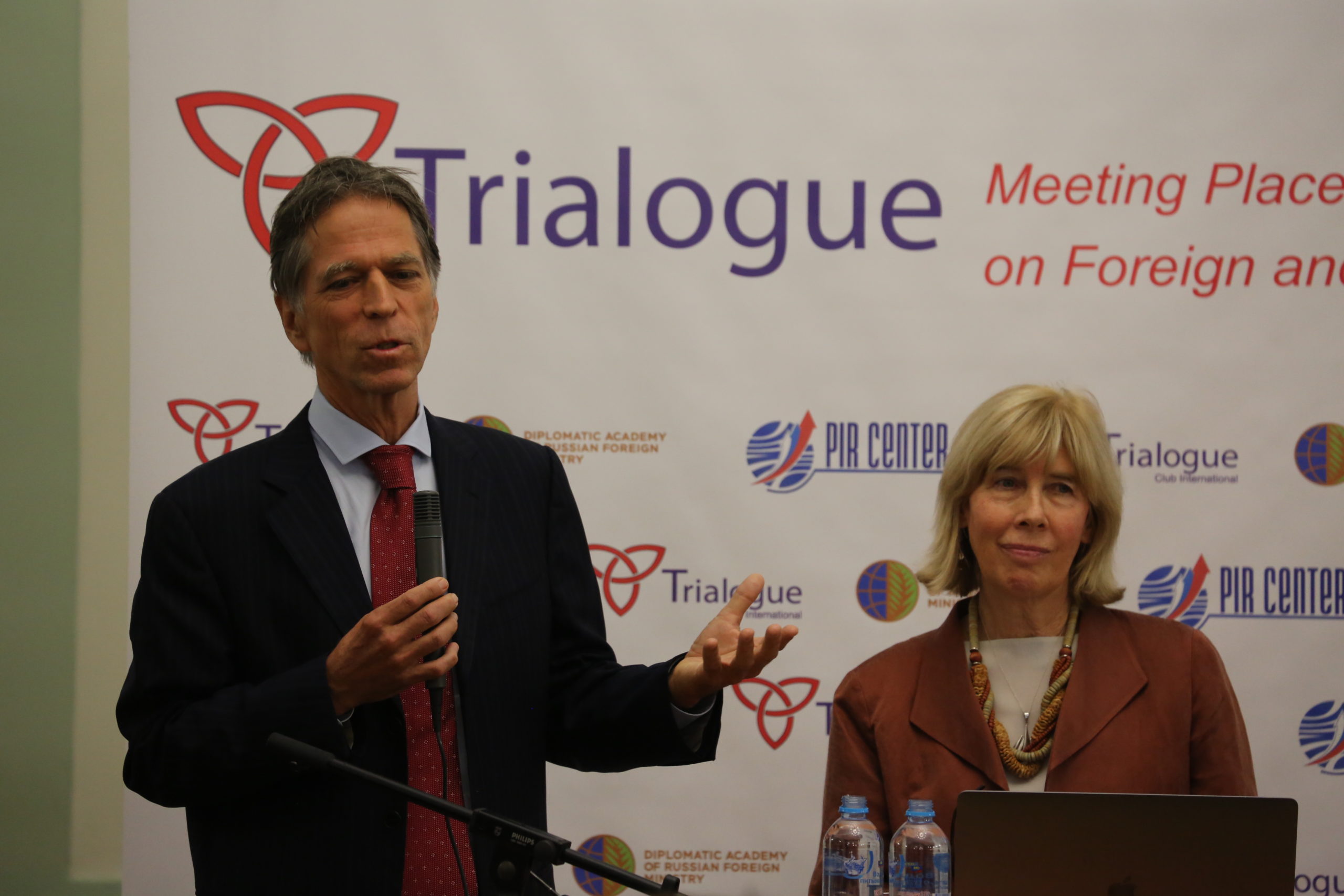 MOSCOW, DECEMBER 12, 2019. PIR PRESS – “US-Russia relations have not been at such a dangerously low level since the end of the cold war,” – Cynthia Lazaroff, documentary filmmaker/producer, founder of US-Russian exchange initiatives, environmental activist and Bruce Allyn, Senior Fellow, Program on Negotiation at Harvard Law School.

This project is a deep dive into US-Russia relations, it observes the history, geopolitics, economics, military and cyber aspects, the issues of escalating nuclear risk and national identity. Cynthia Lazaroff conducted over sixty interviews in the US and Russia for the documentary with current and former officials, experts, thought leaders and people on the street.

According to the speakers, relations between Russia and the United States have not been at such a dangerously low level since the end of the cold war. Both countries perceive each other as an enemy, and sometimes even as an existential threat. The point of view that Russia strives to damage Washington’s policy, disrupt the international order and undermine American democracy dominates in the United States. Russia, in its turn, believes that it is the United States that is damaging the country’s national interests and trying to limit its development by any means. However, the two countries should begin to treat each other as neighbors, try to find common ground and fight not against each other, but against common threats.

Cynthia Lazaroff concluded the presentation with the words: “people do not realize how real the nuclear threat is, so journalists need to take responsibility to demonstrate its reality, the media should draw public attention to this problem.”

Members and guests of the club also presented their views on Russian-American relations. The Deputy of the State Duma Inga Yumasheva noted that the Russian Parliament considers that it is extremely important to build good relations with American parliamentarians. PIR Center Director Vladimir Orlov said that the space for Russian-American dialogue is rapidly shrinking, thus, there is only a “small window of opportunity”, which can be closed soon in the absence of proper political will.

The meeting was also attended by diplomats from Finland, Hungary, Japan, representatives of the International Committee of the Red Cross, Students of the Dual Degree Master Program in Nonproliferation Studies MGIMO-MIIS-PIR Center, PIR Center staff.

If you need any further information about the Trialogue Club International and its partners, please contact the Club Secretary by phone: +7 (985) 764-98-96 or email: [email protected]