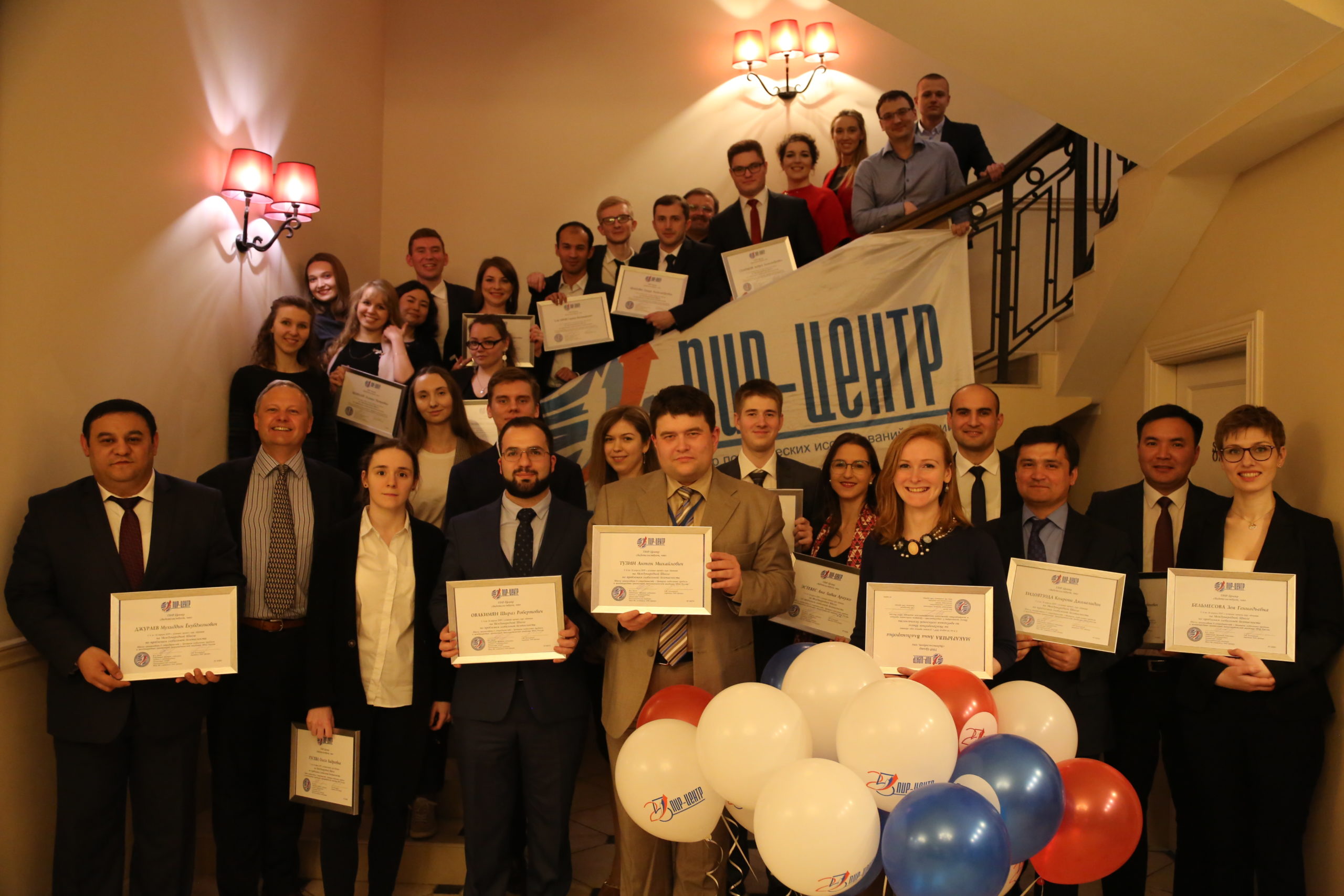 MOSCOW, APRIL 22, 2018. PIR PRESS. “The School lectures helped me to structure knowledge that I had already had, which will help me to feel more confident at the university seminars and debates. Certainly, I will apply some of the received knowledge while preparing my thesis work. I also got acquainted with a perfect method for ideas generating – foresight. I will surely use it again”, – Olesya Guseva, a student of the master’s program “Strategic Studies” of St. Petersburg State University. Read about PIR-Centre School.

This year the School was attended by 24 people, including representatives of diplomatic and military institutions, state companies and media, research centres and universities of 10 countries: Abkhazia, Armenia, Belarus, Kazakhstan, Kyrgyzstan, Russia, Tajikistan, Uzbekistan and Ukraine. A representative of Brazil participated in the School for the first time.

The main theme of the school was the future of Eurasian security. The participants managed to imagine it’s future state by means of foresight – technique that allows to determine the desired image of the future and offer a way to achieve it. The participants were divided into 4 groups and each group presented its project after a few rounds of team work. The attendees formulated and developed such topics as “solving the problem of cybersecurity of critical infrastructure”, “formation of a new arms control system”, “building direct democracy with the help of new technologies” and “creation of BioIAEA”.

In order to cope with the task successfully participants listened to 22 lectures of the leading experts in the sphere of global security and took part in 7 seminars, where they made presentations on topical issues of contemporary international relations.

The lectures were thematically divided in 5 sections that included global and regional challenges for international security, peaceful nuclear power and nuclear non-proliferation, the future of strategic stability and arms control, digital transformation and its influence on international security and new technologies.

In addition to the experts of the PIR Center, including Vladimir Orlov, Evgeny Buzhinskiy, Vadim Kozyulin, Albert Zulkharneev, the participants of the School were lectured by Deputy Minister of Foreign Affairs of Russia Sergey Ryabkov, Deputy Director of the Policy Planning Department of the Russian MFA Alexey Drobinin, Special Representative of the President of the Russian Federation on International Cooperation in the field of information security Andrey Krutskikh, Advisor to the Minister of Defence of the Russian Federation Andrey Ilnitsky and many others.

“I hope that the participants of the School found this event full of fruitful discussions, constructive debates, and had opportunities to develop a shared vision that will help address the challenges to international security we face today,”– mentioned Ms. Izumi Nakamitsu, UN High Representative for Disarmament Affairs in her welcoming address to the participants of the School.

On the final day of the training program, a debate took place, during which participants tried to answer the question “Will the world be safer without nuclear weapons?”. The team, which answered this question positively, won for the first time in several years.

Intensive studies were balanced with the rich cultural program. Excellent completion of the first school day was the “Jeopardy!”, where the teams answered the trickiest questions from the common knowledge. On Tuesday the participants visited the exposition of the military-patriotic Park of the Armed Forces of the Russian Federation “Patriot”, and on the final weekend went to the most beautiful places near Zvenigorod – Savvino-Storozhevsky and New Jerusalem monasteries.

The International School on Global Security 2019 was organised with the support of Presidential Grant Fund and The Alexander Gorchakov Public Diplomacy Fund in collaboration with Federal Department of Defence, Civil Protection and Sport of Switzerland, Carnegie Corporation of New York, Regional delegation of the International Committee of the Red Cross and International Club Trialogue.

The school was organised by the PIR Center and the Center of global problems and international organizations of the Institute of contemporary international problems of the Diplomatic Academy of the Russian foreign Ministry.