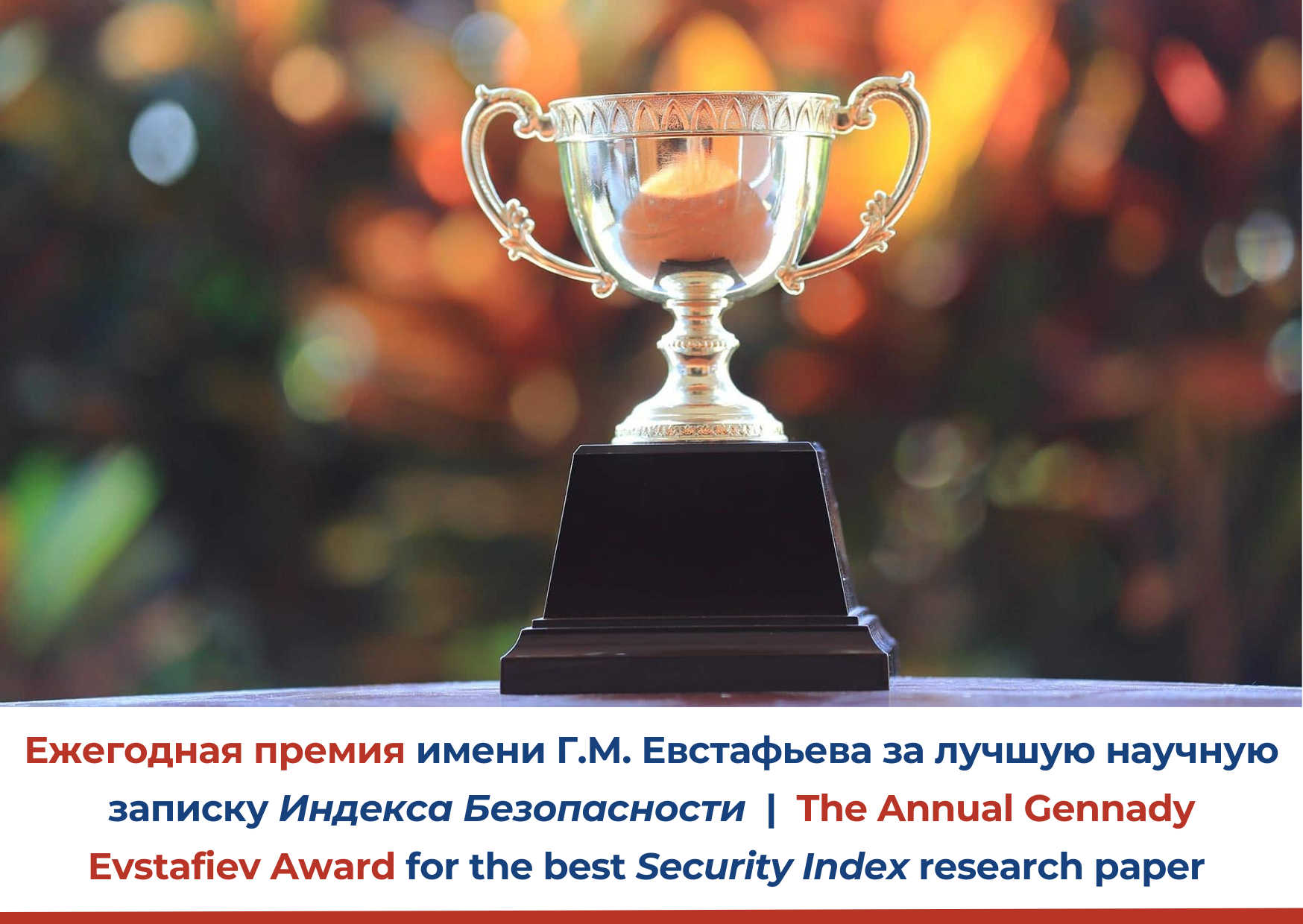 Main PIR Press News The Establishment Of The Gennady Evstafiev Award For The Authors Of The Best Security Index Research Paper And The Announcement Of The The First Winner
Status: Open

MOSCOW. FEBRUARY 19, 2022. PIR PRESS. “What struck me about Gennady Mikhailovich — and what continued to amaze and delight me throughout the two decades that we were acquainted — was his passion for and experience with all topics that we discussed. He never displayed bureaucratic indifference or boredom. On the contrary, his demeanor was that of a passionate professional who would delve into the depths of nonproliferation issues with all his being, not once treating it as ‘just a duty’. He always cared. It is just as important to understand that his involvement was not emotional in nature, but rather based on knowledge. ‘Knowledge is power,’ Gennady Mikhailovich told me, giving me his typical smirk, ‘and we happen to have that knowledge,” – Vladimir Orlov, Founder and Director of PIR Center.

PIR Center founded The Gennady Evstafiev Award for young specialists in the field of nonproliferation and international security who have authored the best papers in our new Evstafiev Series. The Evstafiev Series is a series of research and analytical publications written by young, aspiring authors (primarily, MA and Ph.D. students) from Russia and around the globe in the area of global security. For many, this is their first peer-reviewed publication. All drafts are subjects to external evaluation by a panel at expert-level or educational seminars held by PIR Center or in similar formats. Only drafts accepted by the expert panel are submitted for peer review and, if positive, for publication in the Series.

Sergey Semenov graduated from the Moscow State Institute of International Relations (MGIMO) in 2019. In 2019-2021, he worked at PIR Center as a Yaderny Kontrol newsletter editor and coordinator of Nonproliferation & Russia Program. Sergey also worked at James Martin CNS as a graduate research assistant. Previously, he interned in the Ministry of Foreign Affairs and the Ministry of Defense of the Russian Federation. Sergey won the Leaders of Russia national management competition in 2021.

In 2022, we have already published three Security Index reports that are part of the Evstafiev Series:

Since this year, The Gennady Evstafiev Award will be awarded annually on November 15 to authors whose Security Index research paper is recognized as the best by The Evstafiev Series Selection Committee. November 15 is PIR Center’s “Rhino Day”, which commemorates the day when the first issue of the Yaderny Kontrol journal was published in 1994, which then evolved into the current Security Index Occasional Paper and the Yaderny Kontrol electronic newsletter. Gennady Evstafiev played a crucial role in the development of PIR Center’s publications.

Today we remember that he passed away nine years ago. Lieutenant general, one of the patriarchs of nuclear nonproliferation. No matter what office he held, Gennady Evstafiev made considerable contributions to strengthen the nonproliferation and disarmament regime.  From 1981 to 1985, he served as Special Assistant to the UN Secretary-General, and from 1999-2000 as a member of the Secretary-General’s Advisory Board on Disarmament Matters. He was an active participant in the historical 1995 NPT Review and Extension Conference, as well as the Moscow Nuclear Safety and Security Summit in 1996.

Gennady Evstafiev played a key role in preparing the Russian Foreign Intelligence Service’s public reports “A New Challenge After the Cold War: Proliferation of Weapons of Mass Destruction” (1993) and “The Treaty on the Nonproliferation of Nuclear Weapons: Problems of Extension” (1995), which are still used today as key reference materials in the field. To this day, these reports remain an example of how intelligence services engage in meaningful analysis and engage in dialogue with the public. Thanks to the authors of the reports, the world saw that Russia bases its arguments on facts and, no matter the circumstances, independently participates in shaping the global nonproliferation and disarmament agenda.

Gennady Mikhailovich played a significant role at PIR Center. He was with PIR even before its founding and stayed the course through our development. Over the course of almost 10 years, he served as a Senior Advisor and Senior Vice President of PIR Center. With his direct participation, PIR expanded the scope of its work, transitioned from Yaderny Kontrol to Security Index, developed a new education and training program, and attracted new partners and friends. Each of us will treasure our memories of interacting with this extraordinary person, colleague, and mentor. To learn more about Gennady Evstafiev, in his memory gallery, please follow the link.

PIR Center congratulates Sergey Semenov on his well-deserved award and wishes success to the authors of papers from The Evstafiev Series!