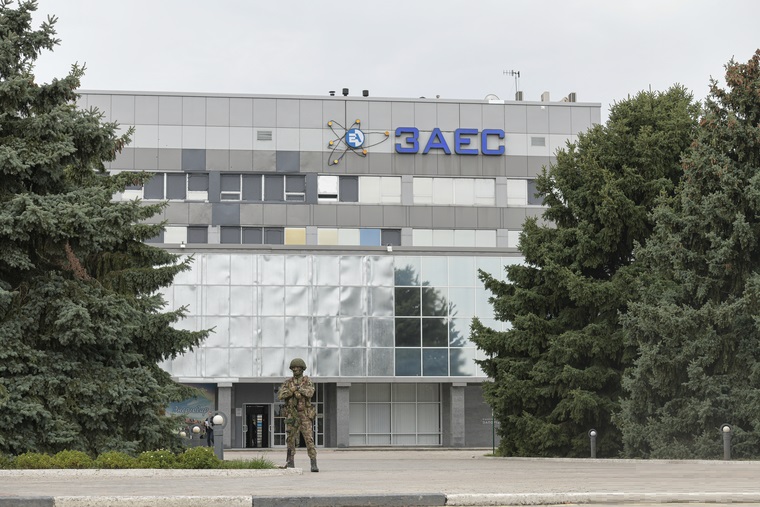 Main PIR Press News The IAEA report on the Zaporozhye NPP: who is to blame and what to do?
Status: Open

The IAEA report on the Zaporozhye NPP: who is to blame and what to do?

On Tuesday, September 6, the International Atomic Energy Agency (IAEA) published a long-awaited report on the results of the visit to the Zaporozhye NPP, which took place at the beginning of the month. The IAEA mission was personally headed by the IAEA Director General Rafael Grossi.

The report reflected the numerous destructions caused at the site of nuclear power plant as a result of shelling, for example, damage to the block for storing nuclear fuel and radioactive waste, as well as the presence of traces of hits in the immediate vicinity of the buildings of the power units. A conclusion was made about the danger of such attacks and the possible serious consequences. At the same time, the IAEA did not take the liberty of naming the party responsible for these attacks.

As a result, the IAEA called for an immediate halt to the shelling of the Zaporozhye NPP, for which it recommended creating a nuclear safety zone around the station. The Agency stated its readiness to immediately begin consultations on the establishment of such a zone and noted that this would require the consent of all relevant parties, i.e., Russian and Ukrainian.

The IAEA report also reflected concerns about ensuring the operation of the station, in particular, about the presence of Russian military men and Rosatom workers at the ZNPP. In this regard, the Agency recommended that normal conditions be provided for NPP workers, as well as communication channels with international authorities maintained. The Agency also stressed that the remaining three Ukrainian NPPs continue to operate normally.

The IAEA report was commented on by Mikhail Ulyanov, Russian Permanent Representative to International Organizations in Vienna. According to him, the report was largely of a technical nature, but the idea of ​​​​creating a “safety zone” put forward by Director General Grossi requires further specification.