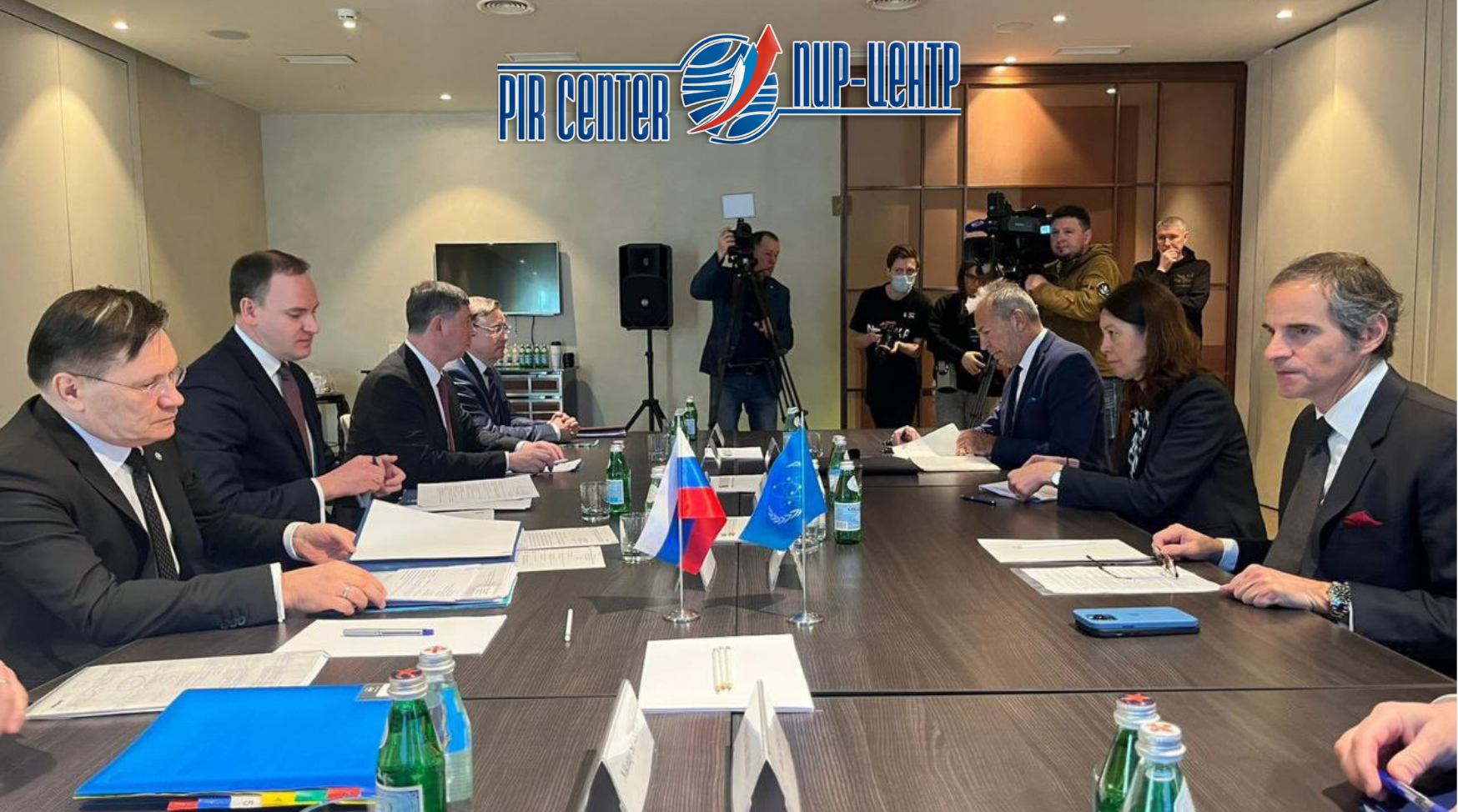 On Friday, April 1, it became known that Russian troops had abandoned the Chernobyl nuclear power plant, handing over control of the plant to the Ukrainian side. According to a statement by the Ukrainian company “Energoatom”, the abandonment of positions resulted from the fact that the Russian military received increased doses of radiation while digging trenches in the exclusion zone. Other sources do not confirm this information.

It is noteworthy that on March 29, the Agency’s Director General Rafael Grossi arrived in Ukraine with a working visit. On the same day, Grossi visited the South Ukrainian nuclear power plant in the Mykolaiv region to provide “technical assistance to Ukraine to ensure the safety of the country’s nuclear facilities”.

This referred to the dispatch of IAEA experts to nuclear facilities and the delivery of vital materials to ensure security and protection, as well as ensuring the condition to allow the IAEA to “continue carrying out safeguards activities in Ukraine in accordance with its non-proliferation mandate”.

After visiting Ukraine, Grossi also paid visit to Kaliningrad, Russia. At the meeting with Director General of the Rosatom corporation, Russian Foreign Ministry representatives, as well as Russian nuclear regulator, issues of coordinating the dispatch of IAEA experts to Ukraine were also discussed. Thus, it seems that the transfer of the Chernobyl nuclear power plant under the control of Ukraine was the result of the painstaking work of IAEA experts, as well as Ukrainian and Russian representatives.

Despite this, there has been general concern about statements by the President of the Russian Federation (supported by relevant statements from other high-ranking officials) that the military actions in Ukraine are justified by an “existential threat” to Russian security. Among experts, this is worrisome insofar as the Russian Defense Doctrine of 2020 is concerned, which allows for the use of nuclear weapons in the event of existential threats to national security with conventional weapons.

According to Russian experts, the narrative about the risks of Russian use of nuclear weapons (whether for demonstration or as battlefield tactical weapons) has both positive and negative consequences. On the one hand, this contributes to a better understanding of the role of nuclear weapons in military conflicts. On the other hand, this demonizes the image of the Russian government, portraying it as capable of “pressing the red button at any moment,” which significantly reduces the scope of de-escalating activities in the current conflict. According to experts, not only a professional, substantive dialogue on Russia’s nuclear doctrine and the concept of nuclear weapons use is required, but also a transformation of the relationship between the military-political elites of Russia and its public to better understand the specifics of Russian foreign policy decision-making.

Also, check out the latest on the topic from PIR Center: