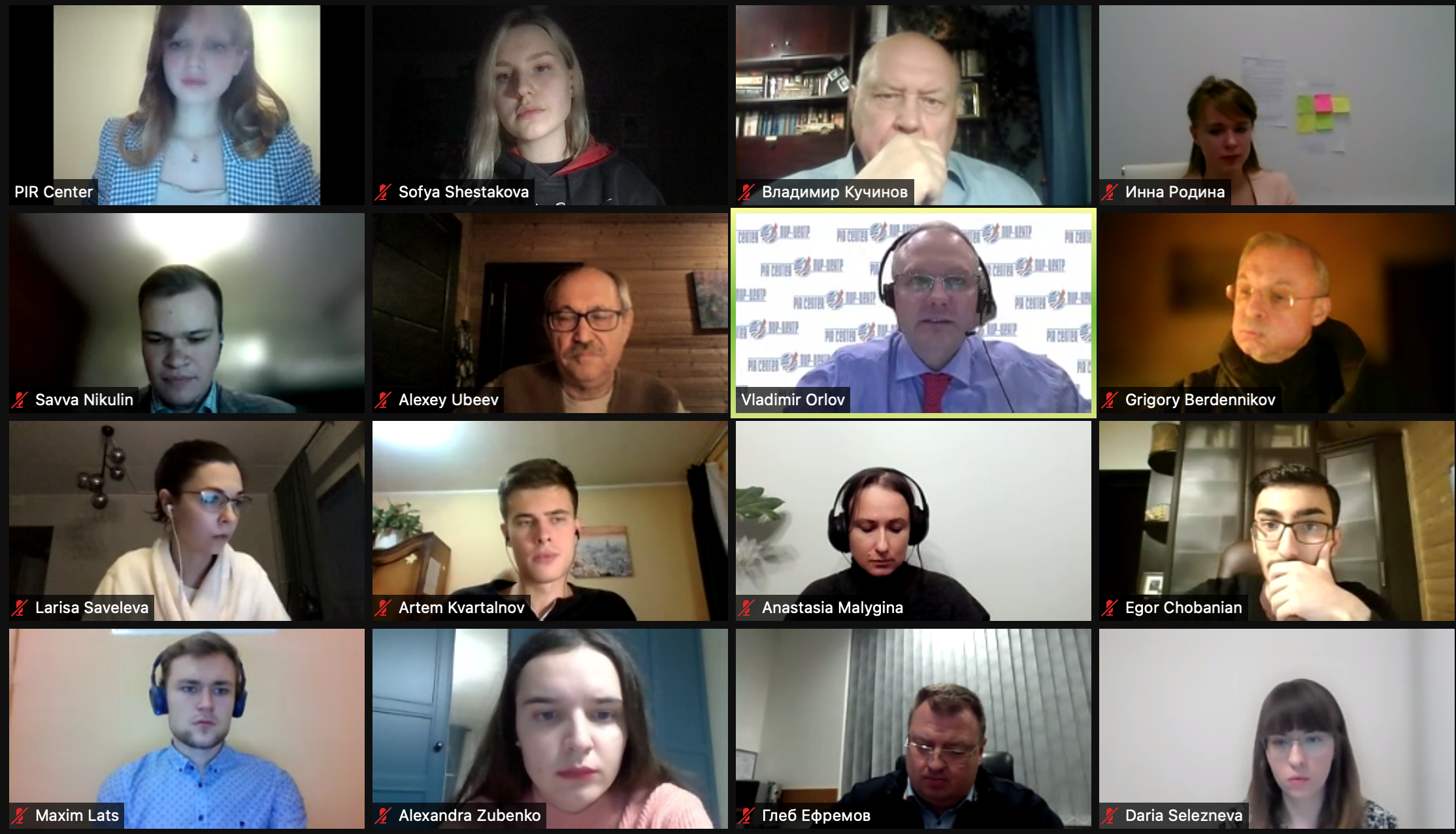 MOSCOW, DECEMBER 8, 2021. “The politicization of the IAEA safeguards system is an extremely dangerous destructive process that is extremely difficult to stop if it has already started because the mere application of the Agency’s developed “normative” responses can further contribute to the aggravation of the process. At the same time, the State-level concept significantly increases the risks of implementing such a scenario,” – PIR Center intern Savva Nikulin, student of the Dual Degree M.A. Program in Nonproliferation Studies developed jointly by MGIMO University, Middlebury Institute of International Studies at Monterey, U.S. (MIIS), and PIR Center.

Vladimir Orlov, Director and Founder of PIR Center, addressed the participants with a welcoming speech and paid special attention to the severity of the stated issues. According to him, a kind of dualism can now be observed. On the one hand, international organizations are “our everything”, and Russia proceeds from the fact that such a non-politicized international organization as the IAEA is a key element of the nuclear nonproliferation regime. At the same time, we frequently encounter a situation when Russia bets on international diplomacy, but international diplomacy does not bet on Russia.

Savva Nikulin started his presentation by reviewing the evolution of the IAEA’s safeguards system. He also presented his vision of the implementation of the Safeguards System of the State-level Concept (SLC). The speaker argued the interrelationship between the stages of safeguards development and the challenges faced by the Agency throughout the evolution of the Safeguards System in their application. In general, the presentation analyzed key IAEA safeguards principles and objectives, as well as the specifics of the application of SLC at the current historical stage.

The speaker argumentatively showed the interconnectedness of the stages of the development of the Safeguards System, as well as the challenges that the Agency has faced throughout the evolution of the Safeguards System in its application. In general, during the report, the key principles and objectives of the IAEA safeguards system were analyzed, as well as the specifics of the use of the QMS at the current historical stage.

In his study, Savva Nikulin sought to define the notion of politicization of the IAEA Safeguards System and, using specific historical examples from Iran, Egypt and the Republic of Korea, examined historical precedents for this phenomenon.

The presentation by Savva Nikulin aroused the interest of the audience, which responded with detailed expert comments. Among the participants of the Midweek Brainstorming session were Ambassador Extraordinary and Plenipotentiary Grigory Berdennikov, General Director of the IUEC Gleb Efremov, Anastasia Malygina, Associate Professor of St. Petersburg State University, Vladimir Kuchinov and Aleksey Ubeev, members of PIR Center Advisory Board. Vladimir Kuchinov, a member of PIR Center Advisory Board, also acted as a reviewer of the report. Among the participants were Russian and foreign nuclear nonproliferation and disarmament experts.